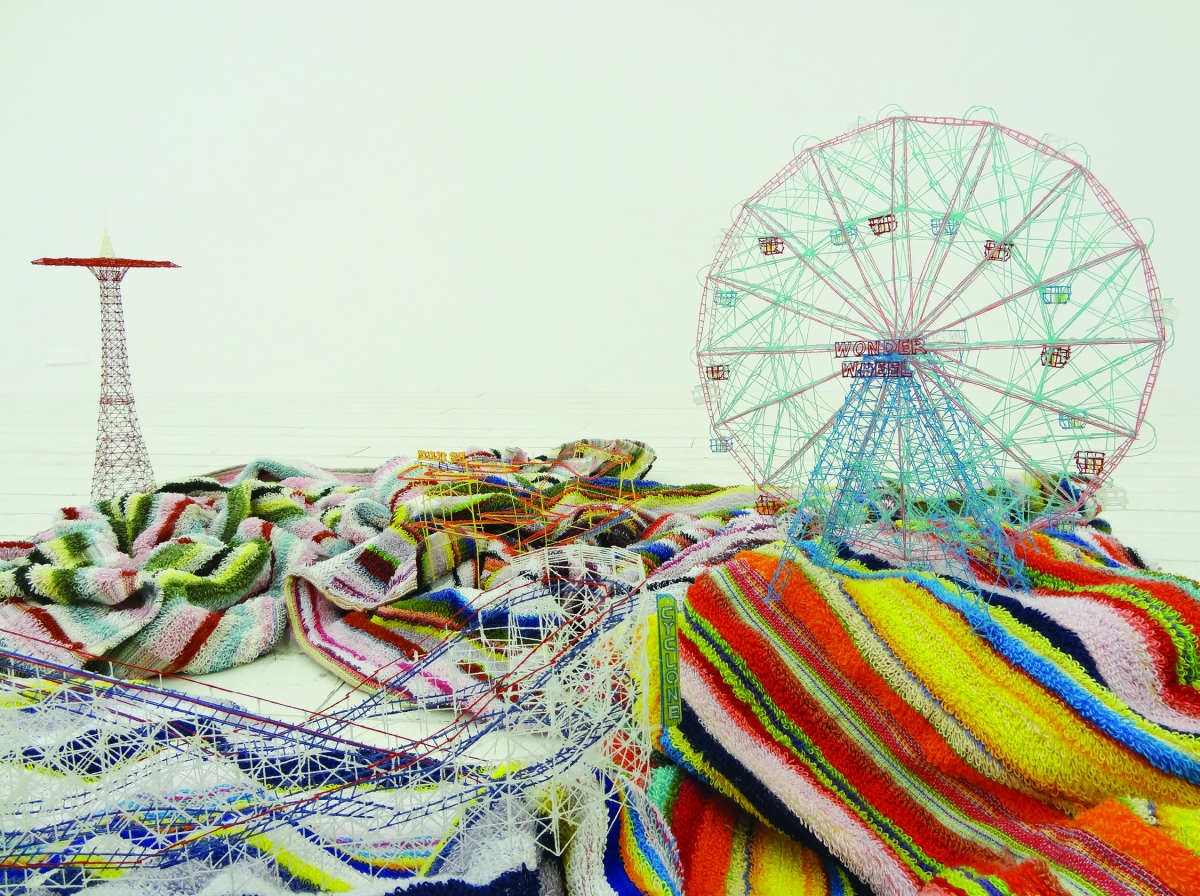 Asia Society Museum presents Takahiro Iwasaki: In Focus, the Japanese artist’s first solo museum exhibition in the United States. The exhibition comprises a newly commissioned work by Iwasaki (b. 1975; Hiroshima, Japan), known for creating detailed miniature landscapes using found and recycled materials. The transformation of these objects from trash into sublime sculptures underscores the artist’s belief in the “duality of chaos and order imprinted on everyday life.”

For this exhibition, the artist selected as his inspiration a pair of seventeenth-century Japanese folding screens from the Asia Society Museum Collection, titled Flowers and Grasses of the Four Seasons. His newly created work will be shown alongside the six-panel screens which are part of the Mr. and Mrs. John D. Rockefeller 3rd Collection. Takahiro Iwasaki: In Focus is on view from January 27 through April 26, 2015

Takahiro Iwaskai was born in 1975 in Hiroshima, Japan, and lives and works in Hiroshima. He received a PhD from Hiroshima City University in 2003 and an MFA from the Edinburgh College of Art in 2005. Since then, Iwasaki has been the focus of select solo and group exhibitions internationally.

For more information about the exhibition, download a pdf of the press release.