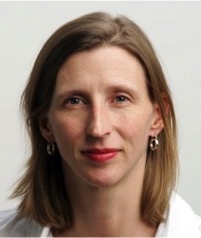 NEW YORK, May 4, 2017 — Asia Society announced today that Ellen Barry of The New York Times has won the 2017 Osborn Elliott Prize for Excellence in Journalism on Asia for a series of stories examining the role of women in India’s economy and society, and the barriers to their entry into the workforce despite a prolonged economic expansion. Her stories depict the struggles of women in a traditional Indian village to work outside the home and young women leaving their villages to work in a textile factory in the city of Bangalore.

"Ellen Barry's subtle, beautifully descriptive narratives of the lives of working Indian women explore the conflict between deep-set traditions and the propulsive changes of a modernizing economy," said Marcus Brauchli, who chairs the independent jury that made the selection. “Her vivid depictions of the gap between dreams and reality, between the past and the hurtling present, will bring understanding to all who read them."

The jury recognized as finalists Anna Fifield of The Washington Post “for her remarkable reporting on the long, dark shadow North Korea casts and the curious ways of its ruling classes” and a Reuters team “for its forthright and courageous coverage of the Philippines' vigilante-style, state-sanctioned drug war, in which thousands were killed last year in mysterious and often suspicious circumstances.”

Barry will be honored at a luncheon event at Asia Society in New York on May 23, also featuring Bloomberg News Editor-in-Chief John Micklethwait and a special tribute to Seymour Topping, renowned foreign correspondent at the Associated Press, former managing editor of The New York Times, and former administrator of the Pulitzer Prizes.

“Asia Society is thrilled to honor Ellen Barry and The New York Times with the Osborn Elliott Prize,” said Asia Society Executive Vice President Tom Nagorski. “With her eye-opening series on women in India, Barry joins an illustrious group of honorees, all of whom represent the kind of journalism that Osborn Elliott spent his career championing and that the prize was established to honor.”

Established in 2003, the “Oz Prize” honors the late Osborn Elliott, legendary journalist, author and former editor-in-chief of Newsweek. Elliott was a leading figure in the field of journalism who became one of the earliest practitioners of “civic journalism”—the deliberate focusing of the journalistic enterprise on urgent issues of public policy. The $10,000 cash award is presented annually to the best example of journalism about Asia during the previous calendar year.

Barry has been the Delhi Bureau Chief for The New York Times since June 2013. Barry served as a correspondent for the Times in Moscow beginning in 2008, and became bureau chief there in March 2011. In April 2011, she won the Pulitzer Prize for International Reporting for her work with Clifford J. Levy, former Moscow bureau chief, on Russia’s faltering justice system.

Barry joined the Times as a Metro reporter in January 2007. She was previously a national correspondent for the Los Angeles Times, covering the South as Atlanta bureau chief. From 1999 to 2003, Barry worked for The Boston Globe, first as a New England rover, then on foreign desks in Central Asia and Iraq, and as a mental health beat reporter. From 1996 to 1999, she was a feature writer at the Boston Phoenix, and from 1993 to 1995, she was a copy editor and staff reporter for the Moscow Times.

Barry began her career in journalism as a managing board member of the Yale Daily News in 1993. She was a Pulitzer Prize finalist in 2004 for her beat reporting on mental health. She was also a 2002 Pulitzer Prize finalist for Feature Writing for her “Lost Boys of Sudan” series. That series also earned her the American Society of Newspaper Editors 2002 Distinguished Writing Award for Non-Deadline Writing. In addition, she is the recipient of the American Society of Newspaper Editors 2004 Jesse Laventhol Prize for Deadline News Reporting by a Team for coverage of the Rhode Island nightclub fire. Barry graduated from Yale University in 1993 with a B.A. in English literature and additional coursework in nonfiction writing and Russian language.

Previous winners of the Oz Prize are: