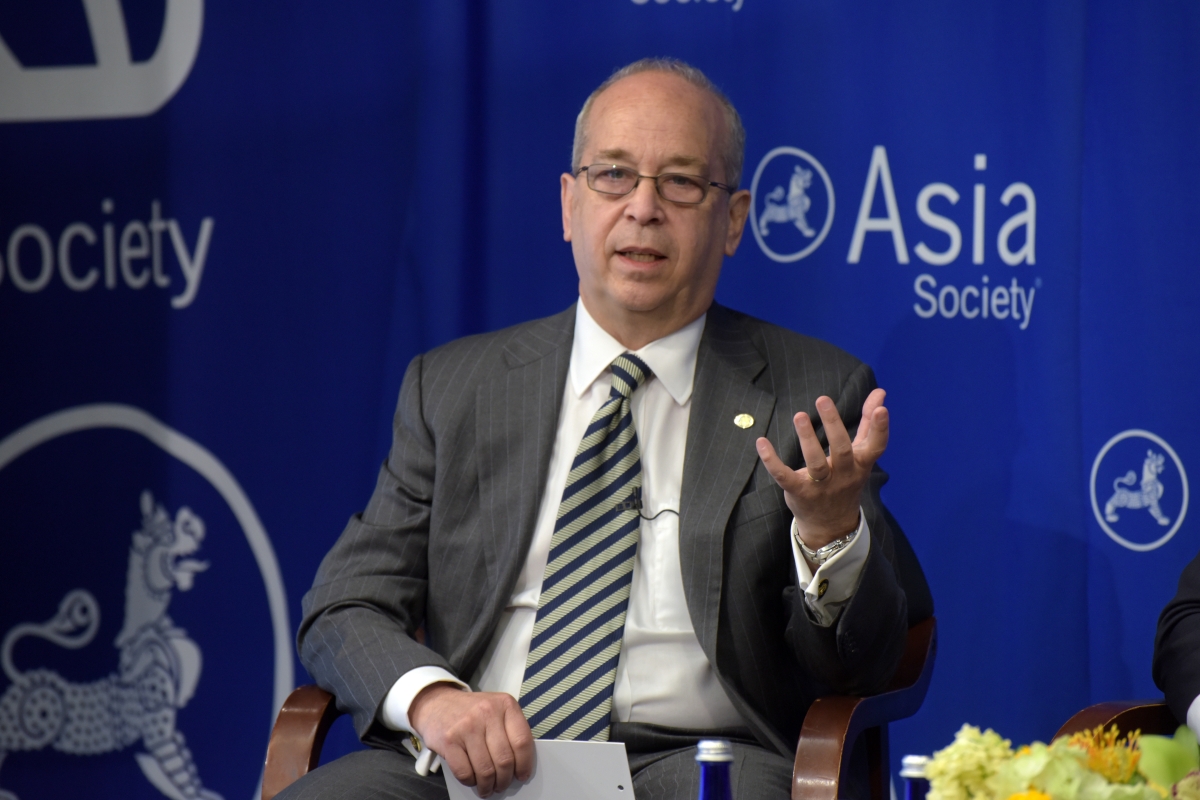 Russel will be seconded to the Asia Society Policy Institute for a one-year term beginning in April 2017, and will be based at ASPI’s New York headquarters. In this position, Russel will play a leadership role in ASPI, working to build inclusive solutions and greater collaboration between the U.S. and Asia-Pacific.

“Danny Russel is a first class American diplomat,” said ASPI President the Hon. Kevin Rudd. “It’s been my pleasure to work with him during my time as Prime Minister and Foreign Minister of Australia. Russel is respected across the Asia-Pacific as a ‘straight-shooter’ and will bring to the Asia Society Policy Institute a wealth of experience from his extensive work, over many years, with governments across Asia.”

Russel, a career member of the U.S. Senior Foreign Service, serves as Assistant Secretary of State for East Asian and Pacific Affairs. Previously, he served at the White House as Special Assistant to the President and National Security Council Senior Director for Asian Affairs. Russel helped formulate President Obama’s strategic rebalance to the Asia-Pacific region, including efforts to strengthen alliances, deepen U.S. engagement with multilateral organizations, and expand cooperation with emerging powers in the region.

“I am excited about coming to the Asia Society Policy Institute and working with an extraordinarily talented team on a range of pressing issues,” said Russel. “I value the chance to build on what America has accomplished with its partners in Asia—a truly transformative legacy.”

Russel is the third official to join the senior ranks of ASPI. The Institute is led by the Honorable Kevin Rudd—who joined as inaugural President in 2015—as well as former Acting Deputy U.S. Trade Representative Wendy Cutler—who serves as ASPI Vice President and runs its Washington DC office.