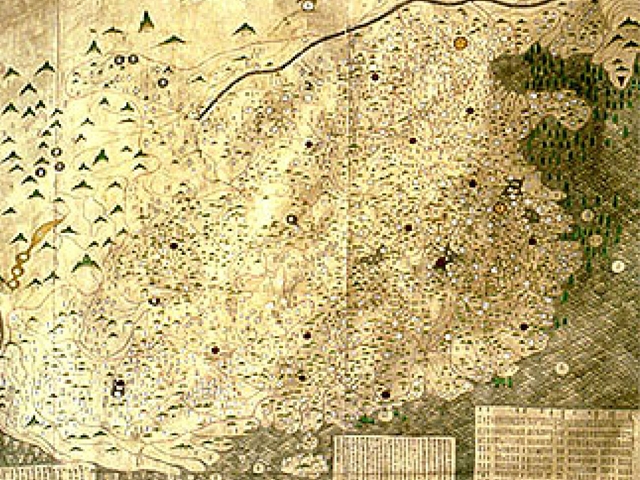 Performance Objectives
In creating their own maps, as well as analyzing a historical map of China, students will identify key elements of a map (scale, kinds of features, symbols, orientation), functions that inﬂuence its creation, and how it serves as a resource.

Essential Question
What can maps tell us about how its maker perceives his or her place in the world?

Procedure
1. Distribute the Map of Imperial Territories and ask the students what maps can tell us about how its maker perceives his or her place in the world?
2. Have students use colored markers to draw a map of their neighborhood.
3. Post neighborhood maps around the room and ask students the following questions in relation to several maps:

4. Return to the Map of Imperial Territoriesand discuss the following:

5. Have students write an analysis of one of their classmates’ maps, identifying the kind of information that seems to be valuable to the student who made it. Have students describe how the mapmaker depicted his or her home in relation to the neighborhood.