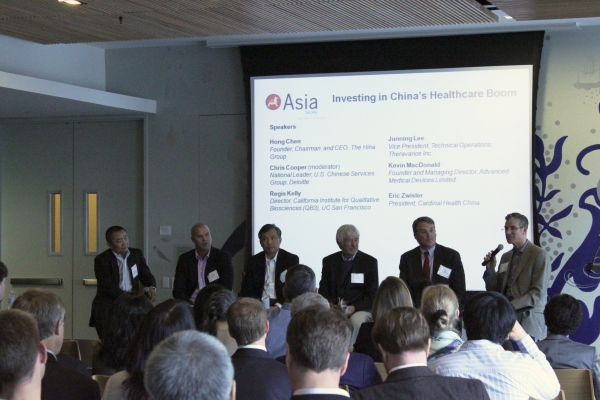 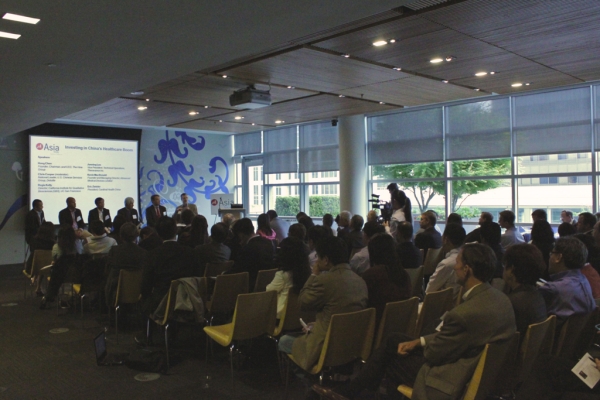 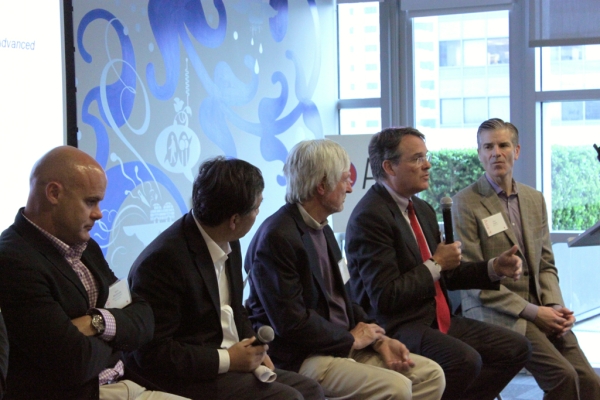 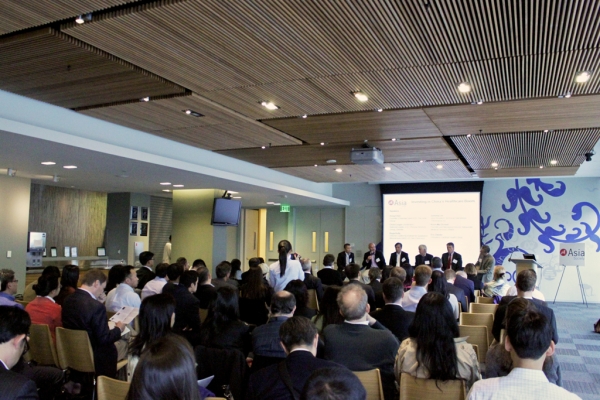 With healthcare spending in China rising 20% annually and estimated to reach $705 billion by 2015, the market is ripe for foreign investors looking to cash-in on China’s healthcare boom. Health services—such as in hospitals and insurance—and medical devices are booming markets in China, but foreign investors need to study the market, understand local conditions, and place their bets very carefully, according to a panel of experts from China and the U.S. convened by Asia Society Northern California in San Francisco on May 16.

“There are certain [sectors] that multinational companies are better at and certain sectors that local companies are better at,” noted Eric Zwisler, President of Cardinal Health China, who oversees Cardinal’s China operations and has over twenty year’s experience in the country’s pharmaceutical industry. Foreign companies looking to do business in China must ensure a “better product, better people, and a larger scale if they are to remain competitive in the Chinese market,” said Zwisler.

According to Hong Chen, who founded and oversees the China-based investment company Hina Group, opportunities in the health service industry are great but investors must understand local markets if they are to succeed. He noted that in 2011, there were 80 deals totaling $1.4 billion invested into Chinese companies from abroad. Already this year, $800 million in deals have already been completed, indicating that 2012 is on track to be a record year.

The medical device sector is an especially high-growth area for investors. Many U.S. companies have hired local Chinese talent to grow their medical device business, said Kevin MacDonald, who as Managing Director of Advanced Medical Devices has launched hundreds of devices throughout China and Asia. But he notes that a “reverse brain drain” is under way, where Chinese talent in the U.S. and Europe is leaving to work for Chinese companies or start their own businesses. “Indigenous Chinese companies are going to be the next big thing [in China] in the next ten years,” MacDonald added.

Strengthening confidence in Chinese products and services, however, remain a serious challenge. According to Junning Lee, Vice President of Technical Operations at Theravance, the Chinese government is clamping down on the growing market for counterfeit drugs, which are both dangerous to the Chinese public and a threat to both Chinese and foreign drug makers. Lee noted that over 10,000 Internet sites have been shut down and 70 pharmaceutical companies have had their licenses revoked in an effort to eliminate this illicit market. He added that a “public education effort must be made to tell consumers that only hospital issued drugs can be guaranteed.”

Despite these challenges, the Chinese have a distinct set of advantages over countries such as the U.S. as they seek to grow the healthcare sector in the country. Patented medicines are dominated by Western firms, but Chinese producers of generic medicines are booming, and other sectors, from testing facilities to equipment manufacturing are seeing rapid gains by Chinese players.

Panelists had pointed advice for would-be investors in China’s healthcare boom, “Due diligence is everything,” according to Chris Cooper, National Leader of Deloitte’s U.S. Chinese Services Group, who moderated the discussion. Western investors are careful at home, he noted, but throw caution to the wind in China, and as a result, they have racked up major losses. “These points sound trite but it is amazing how many investors leave their fundamentals at home,” he observed, adding that investors must be careful, start small, and then build from there.

“If you bring intellectual property (IP) to China, you will lose it,” warned Zwisler. He advised would-be investors to adopt bullet-proof safeguards like keeping critical IP components in the home office. And however common wining, dining, and other forms of influence peddling may be among competitors, do not engage in anything that puts you in the legal gray zone. Instead, Zwisler said, “you have to have a better product.”

The event was sponsored by Cardinal Health China and Deloitte.