Man Who Fought World, Was Also Blind to India 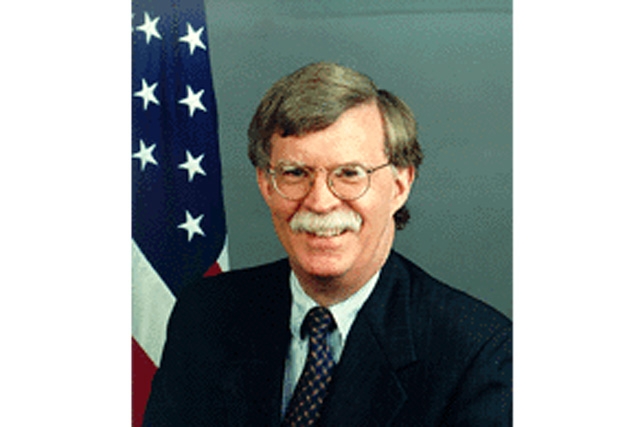 This week's resignation of John Bolton, the US's abrasive ambassador to the United Nations, comes as a relief to almost all the other UN members, including India.

By the grey standards of UN diplomacy, Bolton was colourful and choleric. In an institution committed to finding things that bind nations together, Bolton was outspoken in his belief little mattered other than the sole superpower. "There is no such thing as the UN. The US makes the UN work when it wants it to work. If the UN Secretariat building in New York lost 10 stories, it would not make a bit of difference," he said in 1994.

Often described as a neocon, Bolton saw himself as a traditional US conservative: wary of anything that would circumscribe the US's ability to wield power unilaterally.

While his stance that a decrepit and scandal-ridden UN was in desperate need of reforms is accepted by many governments, his bulldosing style unnecessarily infuriated many.

This same "America First" stance made him one Bush official ambivalent about the warming of relations with India. He seemed to believe the civilian nuclear deal would enhance India's global status and would thus be detrimental to US power. Similarly, Bolton worked hard to ensure permanent membership at the UN Security Council was not expanded to include India or anyone else - striking a deal with China on this was his first accomplishment as UN ambassador.

This was exacerbated by the legacy of his previous post: undersecretary of state for disarmament and arms control. Bolton accepted the arguments of the nonproliferation lobby about the evils of Iran - and there was nothing to be gained from granting India a nuclear exception.

One vocal opponent of the nuclear deal, Henry Sokolski of the Nonproliferation Policy Education Center praised Bolton for blocking attempts by the Pentagon to provide India the Israeli Arrow missile defence system.

Says political scientist Sumit Ganguly of the University of Indiana - Bloomington, "I am certain, on the basis of inference and attribution, that Bolton had little patience for India's ties, of whatever sort, with Iran. He was sceptical of the degree of change that had come about in India's foreign and security policies and had little use for India's attempts to secure a permanent Security Council seat."

Bolton was also a marked contrast to the present Indian representative to the United Nations, Nirupam Sen. Sen is seen by US diplomats as instinctively anti-American in the manner of an older generation of Indian diplomats. Unsurprisingly there has been little personal warmth between Indian and US envoys to the United Nations. The most recent examples of the gap: US vetoing of the secretary-generalship candidacy of Shashi Tharoor and India voting in favour of Hugo Chavez's bid for a Security Council seat. On the East River, the Cold War was alive and well.

Indian diplomatic sources in New Delhi argue Bolton and Sen worked more closely than is realised. For example, the two joined forces to delay the review of the UN's confusing and repetitive jungle of mandates. "Both are very clear-minded and professional. This made it easy to work together," explained one Indian official. However, their viewpoints did not intersect on the big issues.

Bolton was of a generation who hyphenated India with Pakistan. Contrasting them with Iran, he once said he gave India and Pakistan "credit" because "they never pretended that they had given up the pursuit of nuclear weapons…They did it openly and legitimacy." But he used the bogey of a South Asian arms race to try and stop weapons technology transfers to India.

Ultimately, say many US and Indian officials, the problem is that in international fora the two countries continue not to see eye-to-eye.

"Multilateral diplomacy will be one of the last places where the new Indo-US relationship will show up in tangible form," says Teresita Schaffer of the Center for Strategic and International Studies. "India's UN diplomats have often spent years on the UN circuit and develop a kind of 'G-77 reflex.' The US's reflexes work in the opposite direction."

Bolton felt strongly about changing the UN, "Reform is not a one-night stand. Reform is forever." He didn't feel India was worth wooing whether it was for a quickie or holy matrimony.

Pramit Pal Chaudhuri is an Asia Society Bernard Schwartz Fellow in New York. Pramit is also the foreign editor of Hindustan Times in New Delhi, and is the newspaper's US correspondent.