A Show of Hands | Asia Society Skip to main content 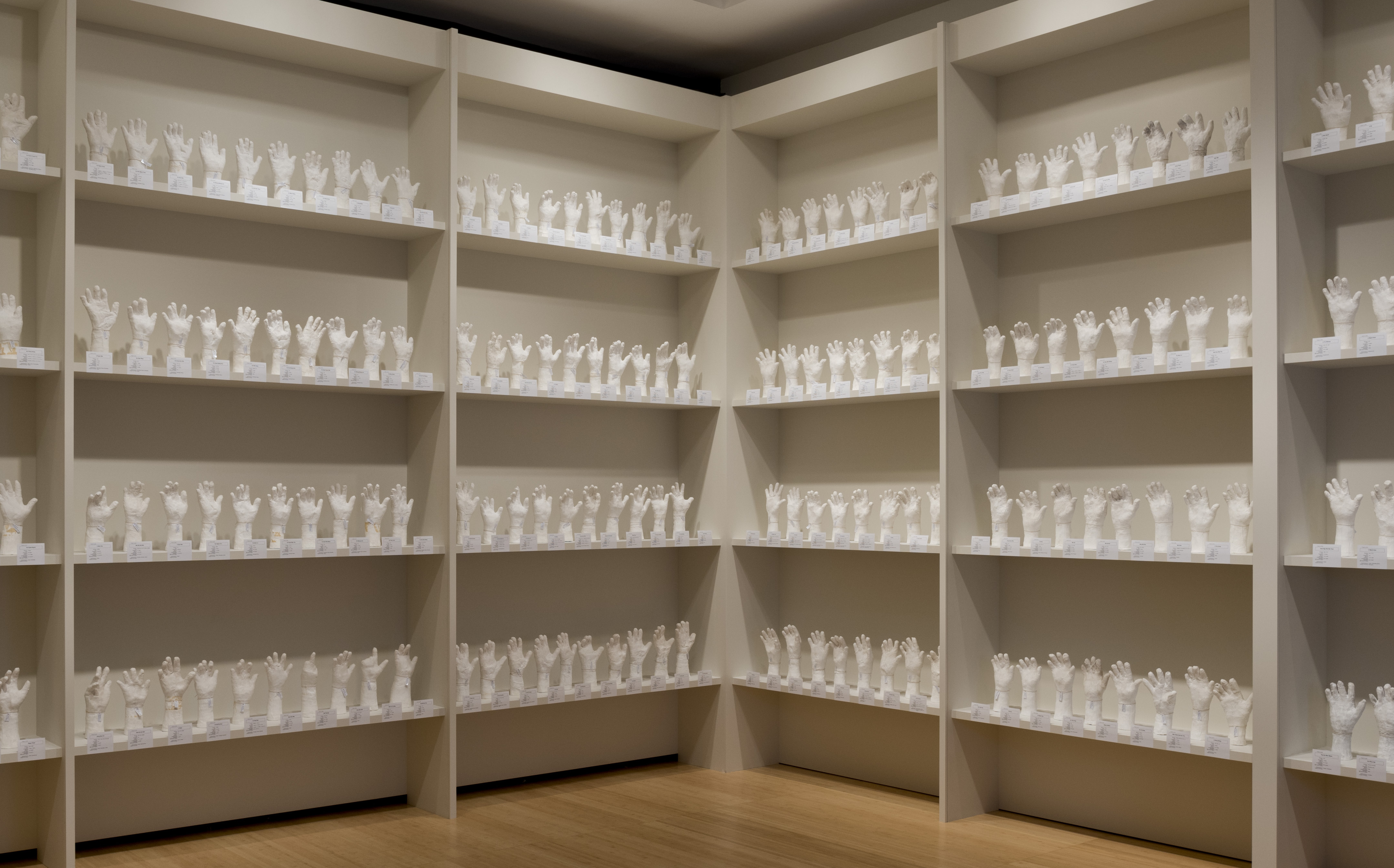 A Show of Hands

In 1988, hundreds of thousands of Burmese took to the streets, demanding an end to military rule. The military responded with violence, killing an estimated 3,000, imprisoning another 3,000, and driving some 10,000 to exile. But the conflict birthed a group of activists, artists, writers, and leaders whose participation would shape Myanmar in the years to come — particularly over the past decade, as the country began to open to the outside world.

One of these artists was Htein Lin. A member of the so-called “88 Generation,” Htein Lin fled Myanmar in the aftermath of the failed pro-democracy revolution and returned in the early 1990s, only to be arrested in 1998 — along with dozens of others — for planning a demonstration to mark the 10th anniversary of the uprising. He spent six years in Myanmar’s notorious prison system where he was subjected to abuse and torture. Still, Htein Lin made art: painting on sarongs and uniforms, carving portraits into bars of soap.

Today, much of Htein Lin’s art focuses on what is changing in Myanmar, and what is not.  After decades of military rule, the country began opening in 2011, and held a historic democratic election in 2015, resulting in a win for Aung San Suu Kyi’s National League for Democracy party. The outcome was stunning, but the intervening years have hardly seen repression disappear from Myanmar.

There are more than 600 political prisoners in jail or facing trial, according to the Assistance Association of Political Prisoners. These include students, journalists, and rights activists; citizens jailed for speaking out against oppression of ethnic minorities — particularly the Rohingya — or for criticizing Myanmar’s powerful military.

In 2017, Htein Lin presented “A Show of Hands” at Asia Society Museum in New York. Row upon row of white plaster arms wave out from the wall. Each one is a cast of the right hand of a former political prisoner, their names and dates of imprisonment labeled neatly below. Htein Lin began the project in 2015; he wonders if it will ever be finished.

Here, Htein Lin speaks about his past, his work, and Myanmar’s future.

Unfortunately, “A Show of Hands” is a project which never ends. There are so many former political prisoners, but even now, under our supposedly democratic government, there are still new ones being locked up for so-called defamation of either the military or the civilian government. It looks like the project will continue for the foreseeable future.

When I make the plaster hands in a public place, it interests the younger generation who do not know exactly how much the older generation sacrificed. I also learn a lot from talking to the prisoners, including the challenges faced in the women’s jails, which, previously I wasn’t aware of. It is important that no one’s sacrifice be forgotten, and that the next generation should know what their parents experienced.

“A Show of Hands” is both a sculpture and public performance project. It is a public act, as the prisoners often use it as an opportunity for reminiscence.

I would like everyone’s story and their sacrifice to be recorded. That is why when I travel in Myanmar, or outside Myanmar to countries where there is a large exile community, I put the word out through social media and personal networks that I would like to meet any former political prisoners who are interested and plaster their right arms, to ensure that their stories are remembered.

Since I moved back to Yangon in 2013, in addition to continuing “A Show of Hands,” I have embarked on some new paintings and installations. Many of them are inspired by the changes taking place in Myanmar (not all of them positive), and some by the traditional beliefs that remain in place.

One of these changes is the switch from ox-carts to mechanized transport. I have collected old cart wheels and transformed them into useful objects such as beds and chairs, as well as into thoughtful objects that recall the symbol of the wheel in Buddhism.

For my series “Signs of the Times,” I have collected the off-cuts of vinyl signboards, which leave a random collection of cut-out letters, and created new images and messages that show the nature of change in Myanmar. With my “Recycled” series, which I began shortly after my release — when I could not afford paper or canvas, only locally recycled cardboard — I now am capturing Myanmar words and events. These include things like the assassination of Muslim lawyer Ko Ni, the controversial word “Rohingya,” and the revival of the dispute around the Myitson dam.

Since Myanmar has its own alphabet, these paintings are effectively coded so that an international audience will not understand unless the word is explained to them. I have also commented on the destruction and burning of villages in ethnic areas in my installation “Recently Departed” which was shown in Yangon in January 2019.

My current major series is called “Skirting the Issue.” It invites Myanmar women to comment on the traditional belief that a man’s hpoun or power will be weakened through contact with women’s clothing, for example by walking under a clothesline or mixing clothes in the washing machine. I invite women to bring me their old longyis and I paint their portraits on the longyi and they comment on their views on this belief and whether they support it or not. Many still do, but some do not.

The question of hpoun underpins not only ongoing discrimination against women in Myanmar but is closely connected to the tension between the military and the NLD party led by a woman, Daw Aung San Suu Kyi, whom they do not fully accept. This series became very controversial when I exhibited it in Yangon — something I had not expected. I received a lot of abuse on Facebook criticizing me for challenging this discriminatory practice.

Overall, I feel that the current situation in Myanmar is very fragile and complicated, and this was just one element of wider inequality which has yet to be resolved. 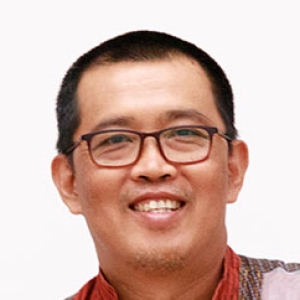 Htein Lin is a Burmese artist and writer who has also been a comedian and actor. His ongoing work includes a number of series such as "Recycled," "A Show of Hands," "A Show of Wheels," "Signs of the Times," and "Skirting the Issue." These use local materials and found objects to portray current Myanmar political and social themes. Htein Lin is represented in Yangon by River Gallery. A selection of his works is included in the Artists Pension Trust collection. Two of Htein Lin's paintings were purchased for the U.S. Embassy in Yangon, opened in 2007. 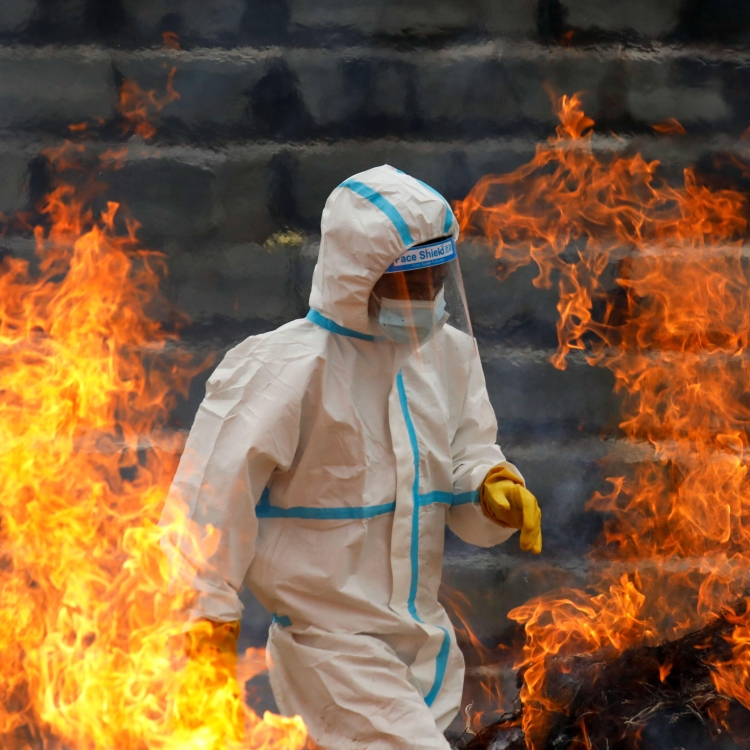 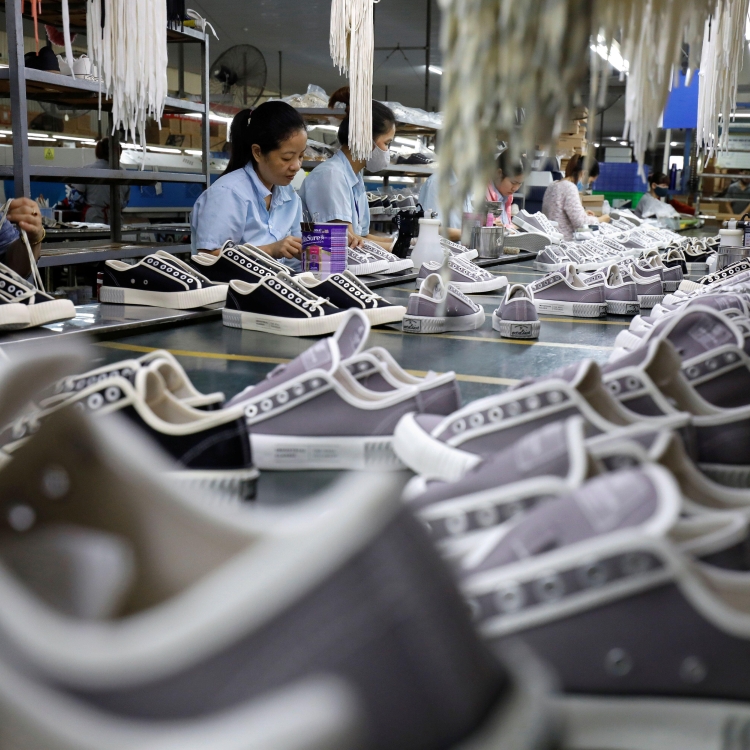 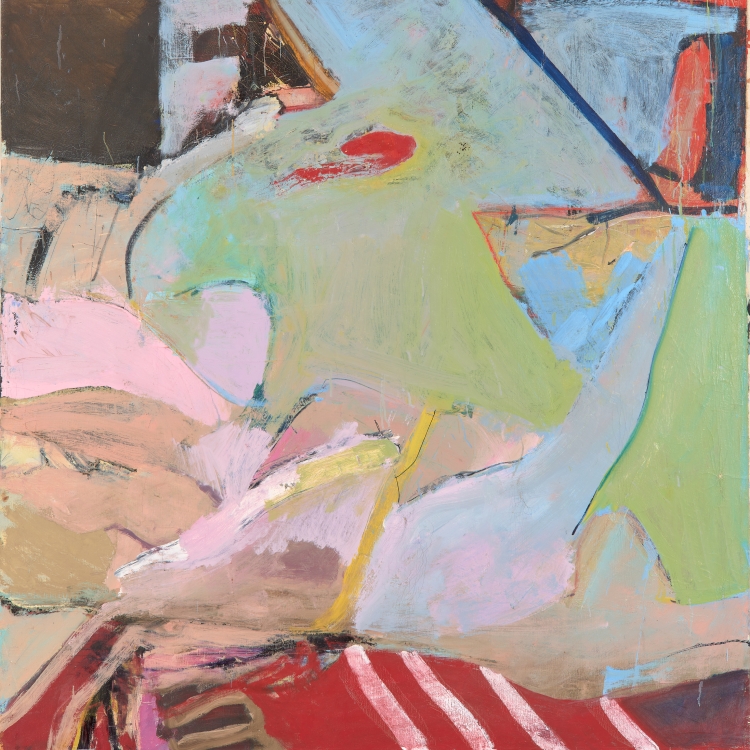