Lila Abu-Lughod on Attitudes Toward Muslim Women in the West 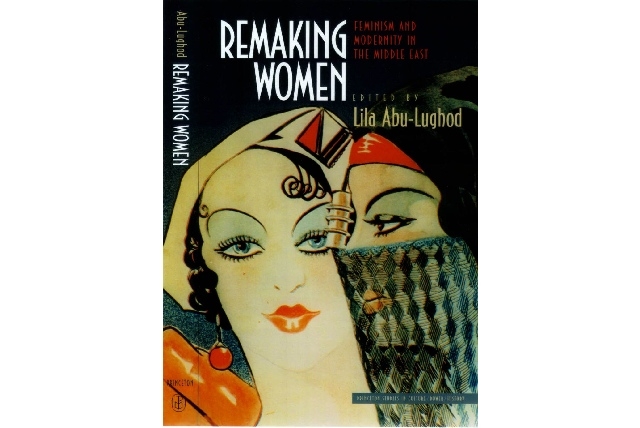 Lila Abu-Lughod has worked on women's issues in the Middle East for over twenty years. She has authored and edited several books on the topic, including Writing Women's Worlds: Bedouin Stories (Berkeley: University of California Press, 1993), Remaking Women: Feminism and Modernity in the Middle East (Princeton: Princeton University Press, 1998), and Veiled Sentiments: Honor and Poetry in a Bedouin Society (Berkeley: University of California Press, 1986). She is Professor of Anthropology and Women's and Gender Studies at Columbia University in New York.

In this interview, Professor Abu-Lughod discusses women and Islam in the wake of the American war in Afghanistan.

Following the events of September 11th, the American public sphere has been saturated with discussions of what is unique about "Muslim" societies. To what extent is the character of Muslim societies determined by Islam? How can we begin to think about these societies, and what distinguishes them from our own?

Many aspects of societies around the world cannot be understood without reference to the history and influences of the major religions in terms of which people live their lives. This is just as true for people living in the Middle East, Africa, Southeast Asia and other Muslim regions as it is for those living in Europe and the United States, where Christianity has historically dominated. The point to stress is that despite this, it is just as unhelpful to reduce the complex politics, social dynamics, and diversity of lives in the U.S. to Christianity as it is to reduce these things to Islam in other regions. We should ask not how Muslim societies are distinguished from "our own" but how intertwined they are, historically and in the present, economically, politically, and culturally.

Muslim women have of course figured prominently in this public discussion. You have suggested recently that "understanding Muslim women" will not serve to explain anything. Could you elaborate on this claim?

Many of us have noticed that suddenly, after 9/11 and the American response of war in Afghanistan, the hunger for information about Muslim women seems insatiable. My own experience of this was in the form of an avalanche of invitations to appear on news programs and at universities and colleges. On the one hand I was pleased that my expertise was appreciated and that so many people wanted to know more about a subject I had spent twenty years studying. On the other hand, I was suspicious because it seemed that this desire to know about "women and Islam" was leading people away from the very issues one needed to examine in order to understand what had happened.

Those issues include the history of Afghanistan-with Soviet, U.S., Pakistani, and Saudi involvements; the dynamics of Islamist movements in the Middle East; the politics and economics of American support for repressive governments. Plastering neat cultural icons like "the Muslim woman" over messier historical and political narratives doesn't get you anywhere. What does this substitution accomplish? Why, one has to ask, didn't people rush to ask about Guatemalan women, Vietnamese women (or Buddhist women), Palestinian women, or Bosnian women when trying to understand those conflicts? The problem gets framed as one about another culture or religion, and the blame for the problems in the world placed on Muslim men, now neatly branded as patriarchal.

The British in India and the French in Algeria both enlisted the support of women for their colonial projects (i.e., part of the colonial enterprise was ostensibly to "save" native women). Do you think the current rhetoric about women in Afghanistan suffers from the same problem? Is there something about the colonial/neo-colonial context that lends itself to this kind of representation (which would explain why such rhetoric cannot be employed for, say, African American women in this country)?

Yes, I ask myself about the very strong appeal of this notion of "saving" Afghan women, a notion that justifies American intervention (according to First Lady Laura Bush's November radio address) and that dampens criticism of intervention by American and European feminists. It is easy to see through the hypocritical "feminism" of a Republican administration. More troubling for me are the attitudes of those who do genuinely care about women's status. The problem, of course, with ideas of "saving" other women is that they depend on and reinforce a sense of superiority by westerners.

When you save someone, you are saving them from something. You are also saving them to something. What violences are entailed in this transformation? And what presumptions are being made about the superiority of what you are saving them to? This is the arrogance that feminists need to question. The reason I brought up African American women, or working class women in the U.S., was that the smug and patronizing assumptions of this missionary rhetoric would be obvious if used at home, because we've become more politicized about problems of race and class. What would happen if white middle class women today said they needed to save those poor African-American women from the oppression of their men?

You mentioned that the veil or burqa has been spoken of and defended by Muslim women as "portable seclusion" and that veiling should not be associated with lack of agency. Can you explain why this is the case?

It was the anthropologist Hanna Papanek, working in Pakistan, who twenty years ago coined this term of "portable seclusion." I like the phrase because it makes me see burqas as symbolic "mobile homes" that free women to move about in public and among strange men in societies where women's respectability, and protection, depend on their association with families and the homes which are the center of family lives.

The point about women's veiling is of course too complicated to lay out here. But there were three reasons why I said it could not so simply be associated with lack of agency. First, "veiling" is not one thing across different parts of the Muslim world, or even among different social groups within particular regions. The variety is extraordinary, going from headscarves unselfconsciously worn by young women in rural areas to the fuller forms of the very modern "Islamic dress" now being adopted by university women in the most elite of fields including medicine and engineering. Second, many of the women around the Muslim world who wear these different forms of cover describe this as a choice. We need to take their views seriously, even if not at face value. Beyond that, however, we need to ask some hard questions about what we actually mean when we use words like "agency" and "choice" when talking about human beings, always social beings always living in particular societies with culturally variable meanings of personhood. Do we not all work within social codes? What does the expression we often use here "the tyranny of fashion" suggest about agency in dress codes?

You argued that the interesting political and ethical question that the burqa raises has to do with how to deal with difference. You ask if it is possible for us to think of Afghan women being free in ways different from our own conception of freedom, i.e., can we only free Afghan women to be like us?

Yes, I think we need to recognize that even after "liberation" from the Taliban, Afghan women (and one can't presume any uniformity of views even within this category), might want different things than we (Westerners, of course also a diverse category) might want for them. What do we do about that? I don't think we need simply be cultural relativists, advocating respect for whatever goes on elsewhere and explaining it as "just their culture." I've already talked about the problem of "cultural" explanations in my criticism of the focus on the category of "Muslim women." And it should be recalled that Afghan or other Muslims' "cultures" are just as much part of history and an interconnected world as ours are.

We might still argue for justice for women, but consider that there might be different ideas about justice and that different women might want, or choose, different futures from what we envision as best. Among the most difficult things for American feminists to accept is that these futures might involve women in developing within a different religious tradition, or traditions that don't have as their primary ideal something called "freedom."

Reports that came out of the Bonn peace conference in late November revealed that there were even differences among the few Afghan women feminists and activists present. Some, like the representative of RAWA, the Revolutionary Association of the Women of Afghanistan, refused to be conciliatory to any notion of Muslim governance. But others looked to Iran as a country in which they could see women making significant gains within an Islamic framework-in part through an Islamically oriented feminist movement that is challenging injustices and reinterpreting the religious tradition. The situation in Iran is itself the subject of great debate within feminist circles, especially among Iranian feminists in the West. It is not clear whether and in what ways women have made gains and whether the great increases in literacy, decreases in birthrates, presence of women in the professions and government, and a feminist flourishing in cultural fields like writing and filmmaking are because of or despite the establishment of a so-called Islamic Republic. The concept of an Islamic feminism itself is also the subject of heated debate. Is it an oxymoron, or does it refer to a viable movement forged by women who want another way? Still, the representatives at the Bonn peace conference thought it was more realistic to look to the Iranian model than to a secular Western one if they wanted to have any appeal to local women and to have a chance of transforming women's lives and gender relations from within.

The last point I would want to make about "difference" is that even if we have strong convictions about what might be the best path for Afghani women, wouldn't we do better to keep our sights trained on what we can do, sitting here in this part of the world? We might do better to think how to make the world a more just place rather than trying to "save" women in other cultures. Of course we can ask ourselves how to support those within different communities who want to, and are working toward making women's lives better-here the concept can be that of alliances. But we can also ask ourselves, living in this privileged and powerful part of the world, what our own responsibilities are for the situations in which others have found themselves. We don't stand outside the world, looking over at those poor benighted people elsewhere. How might we make the world a place where certain kinds of forces and values can have an appeal? How might we help create the peace necessary for discussions, debates, and transformations to occur? We need to ask what kinds of world conditions could we contribute to making such that popular desires won't be determined by an overwhelming sense of helplessness in the face of forms of global injustice. Or where those who can point to rich powers swaggering around the world can sway people to their hatreds. Those seem like more productive lines of thought and action. Let's leave the 19th century missionary work of saving Muslim women behind, where it belongs.