Why the Korean Entertainment Scene is Flooded with Audition Programs 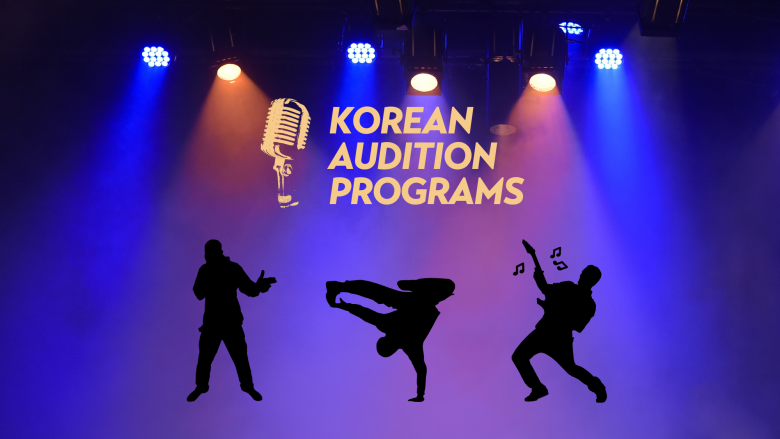 October 7, 2021 — As school wraps up, Mary, a 12-year-old in Seattle, climbs into the car belonging to her Korean-American classmate's mother. It is the once-a-week afternoon set aside for Mary and her friend Nayeon to watch the new episode of LOUD, the latest offering from the Korean TV channel SBS to devotees of Korean audition programs worldwide.

They sit watching the TV behind a table full of snacks prepared by Nayeon's mom, but the girls are oblivious to them.

"I cannot believe Dong Yeon didn't make it to the next round; I thought the judges were supposed to be professional," laments Mary. Nayeon adds her comments, "The whole thing is being turned into a promo for their companies. Maybe we should complain to the show's producers."

Over in Seoul, Sung (not his real name), an award-winning film director, has been trying to finish the script for his next movie when he realizes he forgot to cast his twice-daily vote for Super Band Two (JTBC), an audition show for rock bands.

Although TV talent shows may have originated in Europe, Expedition Robinson, a Swedish TV series created in 1997 by the British TV producer Charlie Parsons, is said to be the world's first music competition, the genre is currently at the center of what is hot in K-entertainment.

Audition-based programs have existed in South Korea for many decades. However, two years ago, TV Choson's Miss Trot reignited a passion for the talent show, making the genre once again fashionable, even among the most skeptical of audiences. (Trot is a century-old Korean popular music genre known for its repetitive rhythm, vocal inflections, and lyrics about love and heartbreak.) 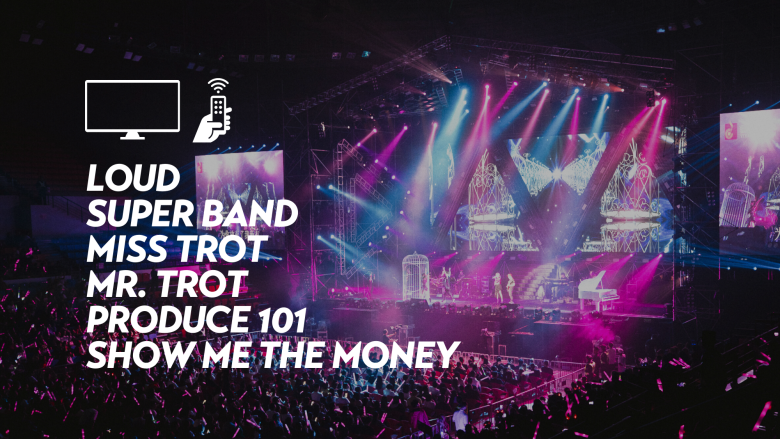 Despite airing on a weekday, Miss Trot topped viewing ratings, ran for two seasons, and became so successful that TV Choson commissioned a male version of the same show, Mr. Trot. "As Audiences follow contestants from round one throughout the series, they feel they play a part in the successes of the winners," says Si-Moo Kim, a culture and film critic, "This means there is a strong sense of loyalty among fans." The two series have been credited for bringing about a renewed interest in trot music among younger generations.

However, TV talent shows are no stranger to controversy. Early last year, the filming of the final round of Mr. Trot was postponed due to the outbreak of Covid-19. When the program finally got underway without an audience, the winners could not be announced during the show as servers broke down due to the sheer number of votes flooding in (The number of calls was over 7.7 million).

In 2019, Mnet's Produce 101 series, intended to create Kpop groups based on audience feedback, was at the heart of a massive vote manipulation scandal, with 272 viewers filing a lawsuit against Mnet. Eventually, ten Mnet executives and agency representatives were charged and arrested for obstruction of business, fraud, and bribery. On the other hand, Mnet's other audition series, the hip-hop-themed Show Me The Money, is still going strong after almost ten years.

The popularity of audition programs is not purely based on the successes of the contestants. Audition programs also serve as gateways into different music genres while providing a weekly dose of thrilling drama. "They're like a reality show, and music program rolled into one single genre. Also, the audience participation aspect makes viewers feel they're part of the series, almost as in a multi-player computer game," says Si-Moo Kim.

Meanwhile, back in Seattle, the girls, having watched the episode, were busy working out what to say to the producers of LOUD, snacks still untouched.