Why Do Koreans Eat Everything at Once? | Asia Society Skip to main content

Why Do Koreans Eat Everything at Once? 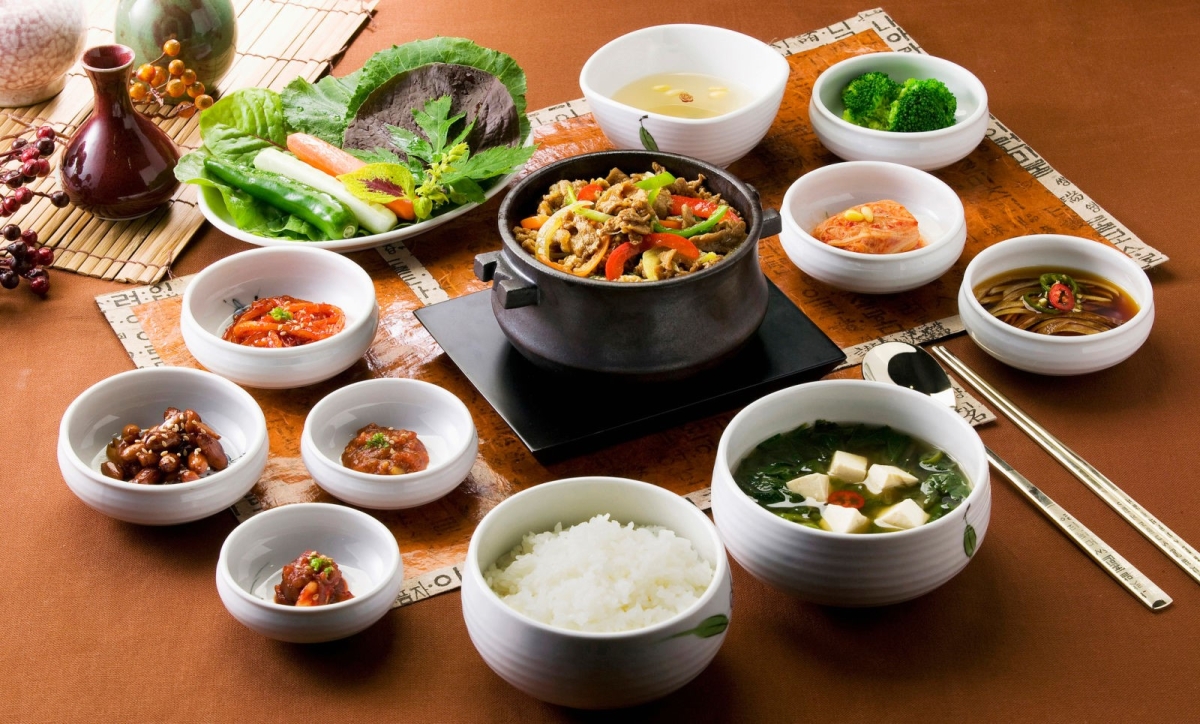 First time visitors to Korean restaurants are usually taken aback by the number of plates presented to them all at one time. People from Western countries, in particular, often wonder why the dishes are not staggered from appetizer through to desert, having become accustomed to course menus. Instead, whether at a restaurant or a family home, the table is littered with an assortment of choices from soup and rice to a myriad of banchan – the collective name for small Korean side dishes.

While foreigners marvel at the number of plates that fill the table and the fact that the majority are served for free, they often question why this is the case. It seems Koreans enjoy the eclectic array of flavors that comes from eating all the dishes together at once. It would be wrong, however, to assume the focus is on quantity and make comparisons to Western buffet style fare; instead, the soup, rice, and each banchan contribute definitely to the overall meal.

In order to thoroughly understand the customs associated with Korean cuisine, we need to look at its history. For a long period of time, the southern part of the Korean Peninsula has harvested rice during the fall and barley during the early summer. Naturally, rice, along with soup and banchan, were not on the table. An early 20th century Korean culinary book, Joseon·mussang·sinsik·yorijebup, specifically states: “Most compatible with banchan, soup is the second most important dish after rice. A memorial service (jesa) cannot proceed without soup, and a meal without soup is like a face without eyes.” Yangban (aristocrat) men would usually eat their meals in the order of soup, rice, and banchan, generating a perfect harmony and combination of tastes.

It is also important to add that taste is not the only factor at play when analyzing the distribution of Korean cuisine. Long before the days of Facebook and Instagram, Koreans have taken pleasure from the visual presence of countless dishes systematically spread out around the table. This form of service – known as space-occupational – contrasts with sequential forms in the West, and it suits collective dining, which is why you will see everyone sharing the dishes rather than each member of the party eating independently.

Even though it is true that in modern times we often see something of a hybrid food culture in Korea, the nation’s traditions endure to the enjoyment of locals and foreigners alike. The next time you are at a Korean restaurant, make sure to try all of the dishes on display since they all have an important part to play and are surely one of the reasons that Korean food is becoming increasingly more popular around the world.