U.S.-ROK Relations: Past, Present and Future 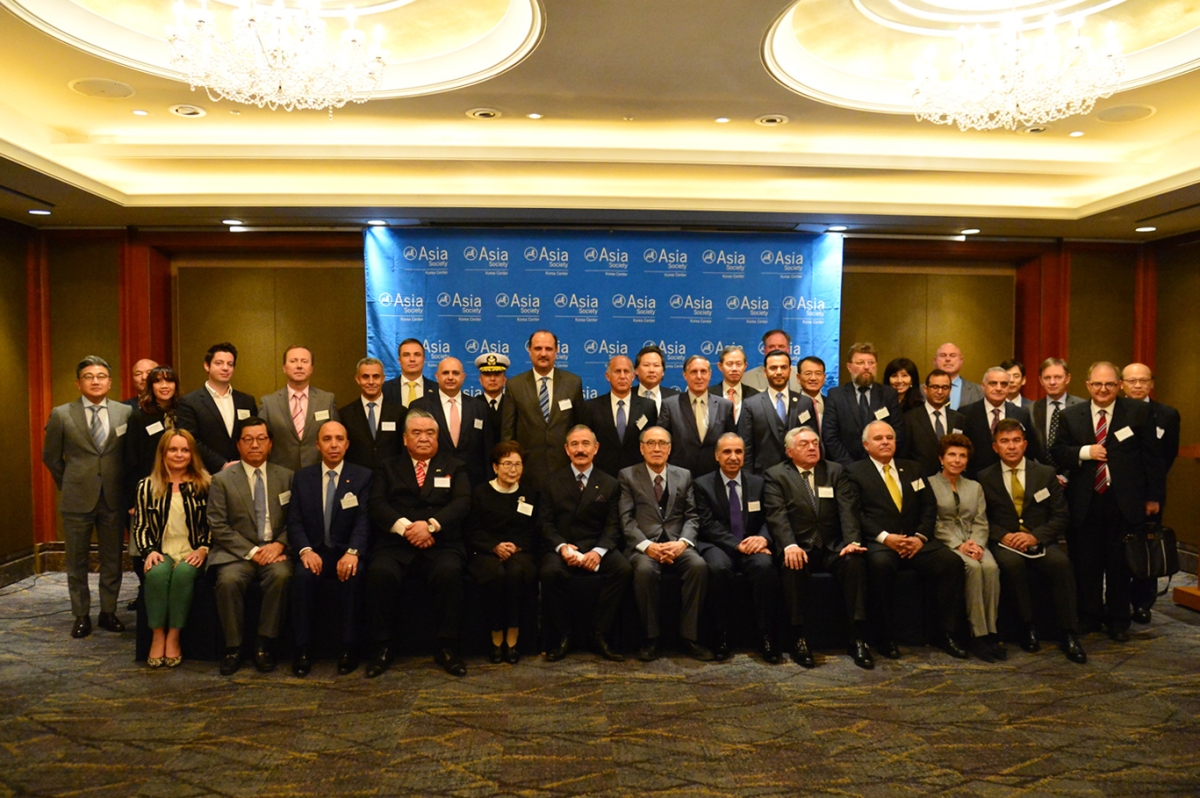 Asia Society Korea was honored to host its October monthly luncheon on Tuesday with a room full of esteemed guests. Those in attendance had the opportunity to hear the newly appointed United States Ambassador, H.E. Harry Harris give an address and take questions on the status of the relationship between America and South Korea. The event was titled “U.S.-ROK Relations: Past, Present, and Future.”

Following welcoming remarks by Asia Society’s Honorary Chairman, Dr. Hong-Koo Lee, H.E. Harris opened by talking about his forty-year military career, which culminated in leading the U.S. Pacific Command (USPACOM), now known as the Indo-Pacific Command (INDOPACOM). This, he explained, made him well placed to understand the military relationship between the two countries.  Additionally, as ambassador, he now also has a responsibility to understand and implement all aspects of the bilateral agreements between Korea and America.

He closed his speech by noting that South Korea and America have forged a strong link, begun by those who served before, and it is up to those who serve today, including himself, to maintain the bond between the two countries.

This event was hosted by our board member, Mr. Young Joon Kim of Milbank.