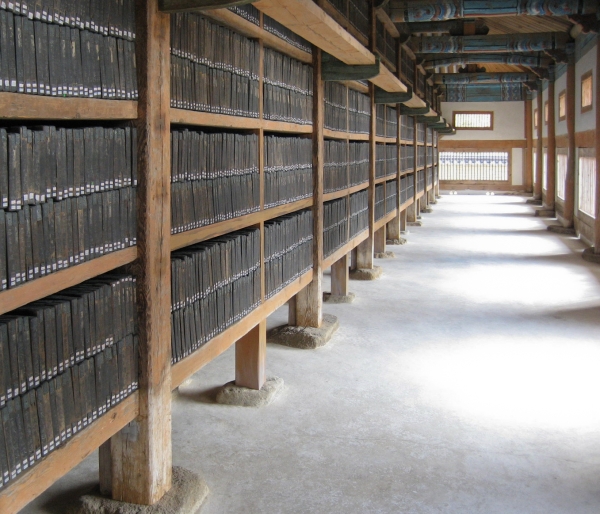 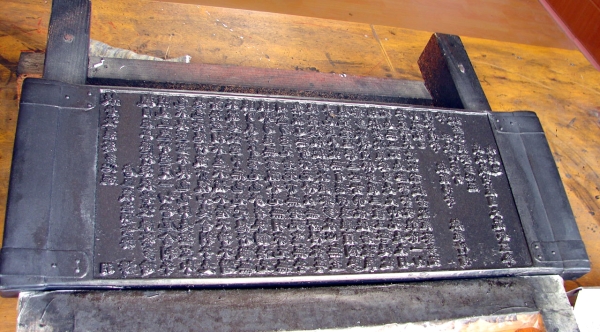 In the penultimate episode of Asia Society Korea’s UNESCO World Heritage Series, we visited Haeinsa Temple, a site that has been on the heritage list since 1995. Located within Gayasan National Park, the temple, which was built in 802 AD, is regarded as one of Korea’s three major Buddhist temples along with Tongdosa and Songgwangsa. The site holds great significance not only for its structures but also for the treasure it holds inside, with Haeinsa being home to the Tripitaka Koreana.

The Tripitaka Koreana, first carved by Korean Buddhist scholars in 1011 AD, is a set of 80,000 wood blocks, engraved with Buddhist treaties, laws, and scriptures. These wooden blocks contain the oldest and most complete version of the Buddhist canon and the Tripitake Koreana is viewed as one of the most important Buddhist collections in the world. To prevent the decaying of the wood, tradesmen used innovative conservation techniques that were way ahead of their time. First, the birch was soaked in sea water for three years before it was cut. The cut blocks were then boiled in salt water, placed away from sunlight, and exposed to the wind for three years. Only at this point were the wood blocks finally ready for carving.

The quality and consistency of the calligraphy-style carvings suggest that a single man was responsible for the entire collection but scholars now agree that a team of around thirty men performed the work. The compilers of the Tripitake Koreana incorporated material from Northern Song Chinese, Khitan, and Goryeo scriptures and added further content written by respected Korean monks. After carving, the blocks were covered in a poisonous lacquer to keep insects away and then framed with metal to prevent warping.

The Tripitake Koreana is housed inside Janggyeong Panjeon, a wooden structure comprised of two buildings, Sudarajeon to the south and Beopbojeon to the north. The buildings are simple in design, without decoration, and their sole purpose is storing the wooden blocks. The buildings were designed with air circulation, a resistance to moisture, and temperature control in mind and they have never suffered the effects of fire or war. Today, to protect the Janggyeon Panjeon and Tripitaka Koreana from fire, full-time security guards, a 24-hour surveillance system, and a fire truck are in place to respond to any emergency and visitors’ entries are restricted.