Understanding the Korean War Through the Lens of Film 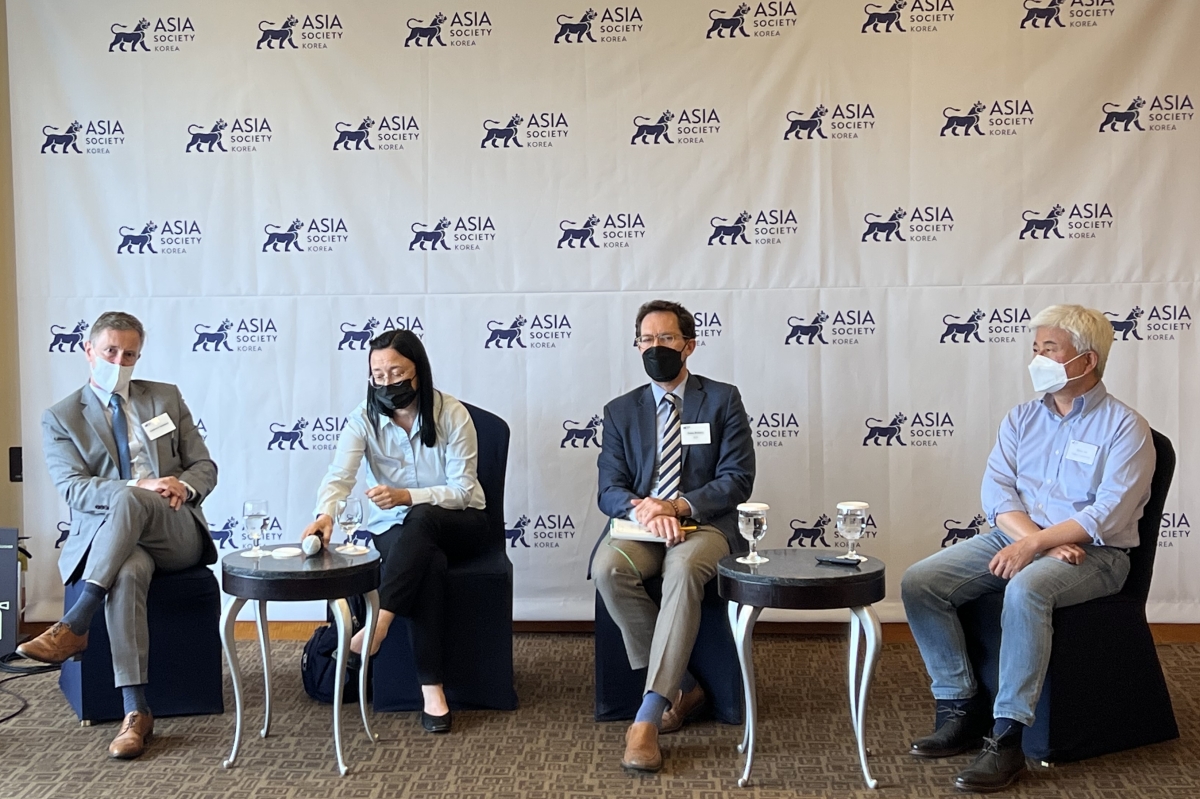 On June 14th, Asia Society Korea held the year’s first face-to-face monthly lecture. Against the backdrop of the upcoming 72nd anniversary of the outbreak of the Korean War, distinguished ambassadors and guests from the diplomatic community were treated to a fascinating analysis of the role of film in depicting the war from South Korea, North Korea, and Chinese perspectives.

Often labeled as the forgotten war, the battle on the peninsular was a vast human tragedy that defined and shaped relationships between Korea and the wider world. While the Korean War may be distant and abstract to those outside Korea, the film and cinema industry has produced hundreds of movies worldwide depicting the conflict in popular culture. As the panelists highlighted, countries often use these films to show different perspectives and historical interpretations and portray the main protagonists in various lights.

His recent publications include North Korea as Neighbor: Critical Scholarship on North Korea, Korea Journal, 61:3 (autumn, 2021), Christianity, the Cold War, and the Construction of the Republic of Korea, Korea Journal, 60:4 (winter, 2020), and Killer Fables: Yun Ch’i-ho, Bourgeois Enlightenment, and the Free Laborer, Journal of Korean Studies, 25:1 (March, 2020). His book, The Great Enterprise: Sovereignty and Historiography in Modern Korea, was published by Duke University Press in 2013.

Andrew Salmon holds a BA in History and Comparative Literature from the University of Kent and an MA in Asian Studies from the School of Oriental and African Studies (SOAS), University of London. A resident of Seoul since 1998, he is Asia Times' Northeast Asia editor. His work has also appeared in the BBC, CNN, Forbes, France24, The International Herald Tribune, The South China Morning Post, The Times and The Washington Times.

His books on the Korean War have garnered a "Korea Wave" award from South Korea's National Assembly and a "Member of the British Empire" award from Queen Elizabeth II.