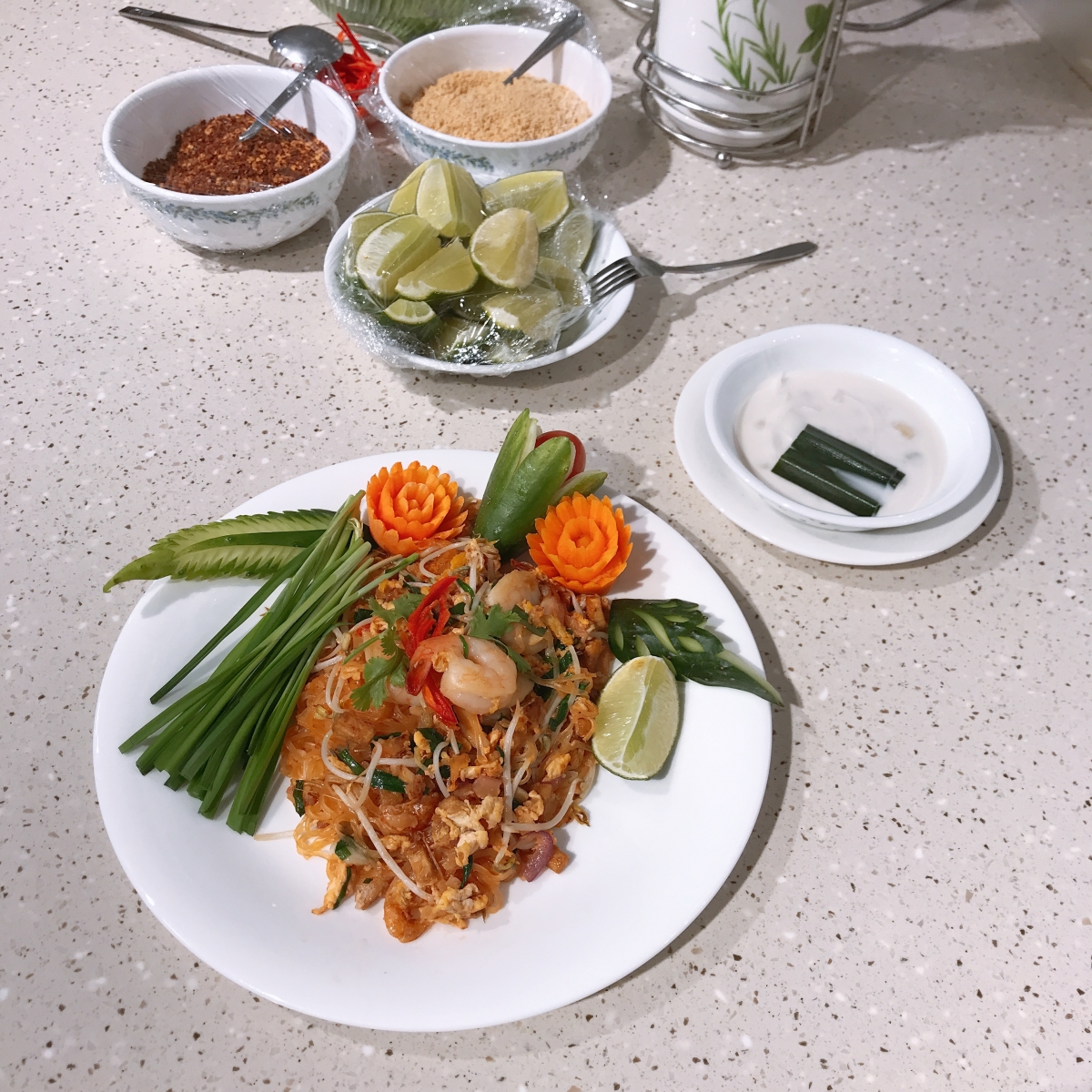 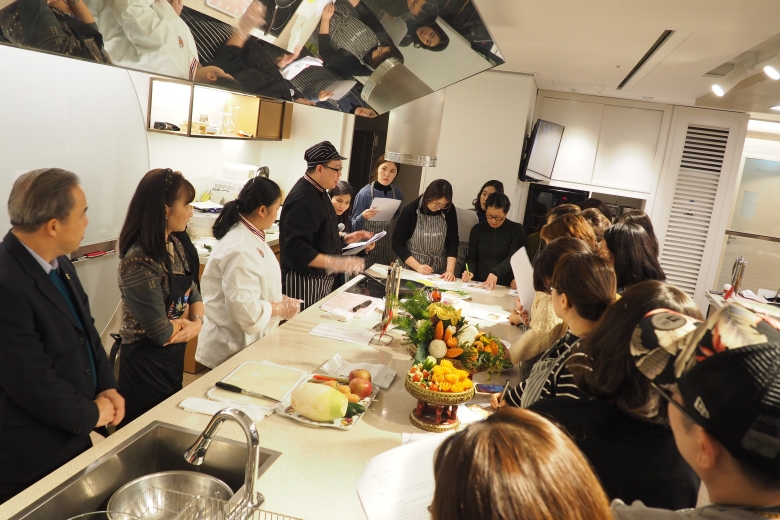 Asia Society Korea organized its last cooking class of the year on December 9, 2018 in cooperation with the Royal Thai Embassy and the Lotte Culture Center. H.E. Singtong Lapisatepun, Ambassador of Thailand to the Republic of Korea, started the class by delivering his opening remarks, which addressed the 60th Anniversary of the Establishment of Diplomatic Relations between Thailand and the Republic of Korea and the importance of preparing a sophisticated dish for further elevating diplomatic relations. Ms. Porndee Lapisatepun, the Ambasasdor’s wife, and three chefs from the Ambassador’s residence (Mr. Tatsayan Sri-Ampai, Head Chef; Ms. Pernjit Sri-Ampai, his spouse and Assistant Chef, and Ms. Thiravan Manussila, Assistant Chef) led the class and taught the twenty participants how to cook Pad Thai and Bualoy Kathi as well as showing them a traditional fruit and vegetable carving technique.

Pad Thai is said to have become a world-famous Thai dish since the Second World War and it also has emerged recently as one of the most popular Thai dishes for Koreans. The main ingredients of Pad Thai are the rice noodles called ‘Sen Chan’ from Chanthaburi province, tamarind sauce, dried shrimp from the southern part of Thailand, and tofu from Chinatown in Bangkok. Combined, they develop bold and rich flavors. Mr. Sri-Ampai demonstrated the cooking technique and the participants followed his step-by-step instructions. While everyone was enjoying making their Pad Thai, Ms. Lapisatepun joined in and helped them.

Bualoy Kathi is a well-known dessert in Thailand composed of sticky rice balls and coconut milk. It is often served during blessing ceremonies such as weddings and temple festivals. In Thai, the word Bua means lotus and Loy means floating. Putting these two words together means floating lotus. Sticky rice balls represent the lotus and coconut milk resembles water. Sticky rice balls are made from a mixture of common flavorings and colorings including taro, pandan, and pumpkin squash. The two assistant chefs introduced how to make Bualoy Kathi and demonstrated the process of making sticky rice balls. Mrs. Sri-Ampai then taught a traditional carving technique for carving fruits and vegetables into roses.

All of the participants had a wonderful time at the cooking class. They expressed a lot of interest in Thai food and took pleasure in cooking with authentic ingredients. After the participants finished cooking Pad Thai, the chefs shared Bualoy Kathi with everyone as a sweet way to wrap up a great day of Thai cooking.