Stuart Solomon: Growing Up in Korea 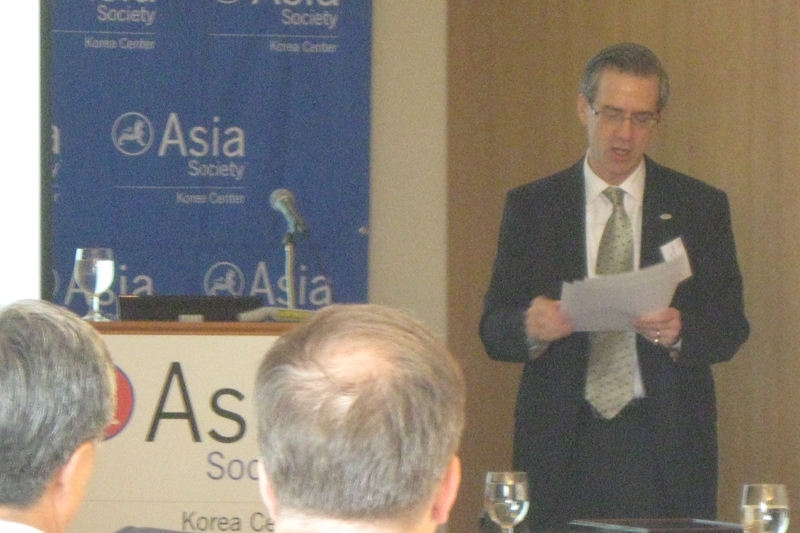 SEOUL, Saptember 20, 2011 - In “Growing Up in Korea: Challenges and Rewards,” a presentation at Asia Society Korea Center’s monthly luncheon, MetLife Korea Chairman Stuart Solomon shared his experiences working in both Korea and New York (for the Korean Exchange Bank).

After an overview of MetLife as a global company, Solomon described MetLife’s arrival in Korea in 1989, as a joint venture with the Kolon Group, which lasted until 1998. Differing visions and practices in the two companies made the partnership a challenge, and in 1998, during the Asian financial crisis, MetLife acquired complete ownership of MetLife Korea.

During this time of testing and restructuring of the company, many of its self-employed insurance salespeople were let go, and the remainder were retrained to move away from "relationship selling" towards a professional needs-based selling model. (With regards to needs-based selling, Solomon explained that MetLife salespeople are trained to find out what customers need based on their individual financial goals rather than just selling them what they want.)

The past decade was a critical period for MetLife Korea because of increasing competition in the insurance market with the launch of new products, and new distribution channels such as Bankassurance and telemarketing. CEO of MetLife Korea for much of this period, Solomon looked back with pride on his company's achievements and on the positive changes in the Korean market since 1995.

Solomon also spoke admiringly of the MetLife Korea Foundation, of which he is also chairman. Founded in 2005, the foundation funds organizations with programs for disabled children and community centers for children in Seoul. More recently, the foundation began supporting research programs related to retirement issues in Korea.

During the question-and-answer session, Solomon clarified that despite downsizing of MetLife’s sales force during the Asian financial crisis, the company has now grown to over 6,000 professional career agents, both men and women.

Overall, Solomon showed that people who are truly dedicated to Korea as not just a place to make money, but as a second (or third) home, can be very successful here. He himself first came to the Republic of Korea in 1971 with the U.S. Peace Corps, and worked with health care professionals around the country to monitor the treatment of diseases like tuberculosis.

As Solomon stated at the beginning of his talk, Korea is where he, as well as MetLife Korea, “grew up” in many ways.