Squid Game: What Nostalgic Games Will We See in Season 2? | Asia Society Skip to main content

Squid Game: What Nostalgic Games Will We See in Season 2?

October 27, 2021 — Since being released on September 17th, Squid Game has become one of the most talked-about shows of 2021. With over 40 billion hashtag views on TikTok, memes going viral, and its chilling soundtrack being downloaded in droves, the Korean survival drama could well turn out to be Netflix's most-watched show ever.

While the drama focuses on 456 desperate individuals playing brutal survival games to win 45.6 billion won ($39 million), Squid Game also evokes nostalgia and melancholy from Koreans reminiscing childhood pastimes. The games played by the characters have been enjoyed for many years on the peninsula, and the show is promoting a revival of these increasingly forgotten playground activities. Although Squid Game's popularity has led to the worldwide exposure of Red Light-Green Light, Paper Flip, and Honeycomb Candy, Asia Society Korea will second-guess what other Korean games we could see in potential future series. 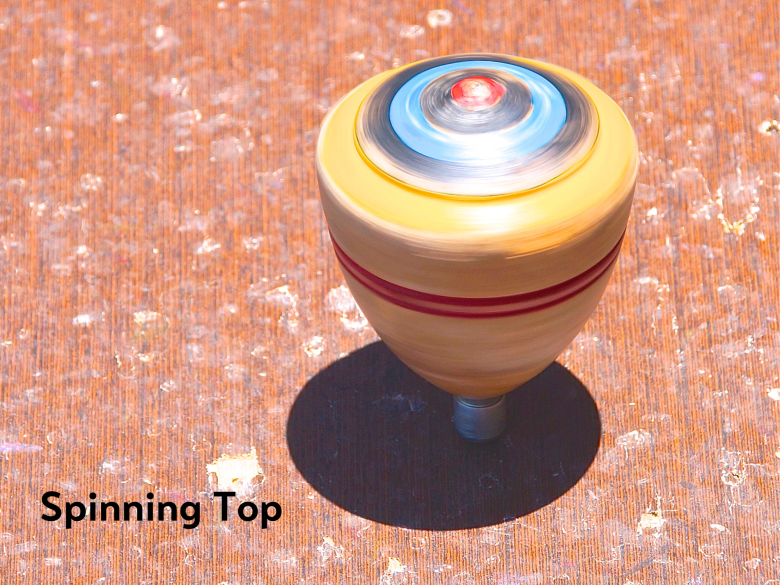 Another game that we feel may appear in future episodes is Spinning Top (팽이치기), where wooden tops are wound up with string and let go. To win the game, players should hit the tops with a thick leather strap to keep them spinning for as long as possible. Although there is no official record of when the game originated, it is believed to have been popular during the Three Kingdoms Period in Korea. Although the wooden tops are now professionally made, before the 1970s, it was common for villagers to use homemade tops in competition. Also mentioned in director Hwang's interview as one of his favorite pastimes, the game is often played in winter on a frozen river, pond, or neighborhood alley. As with many Korean games, there are regional variations for the name for the top and how the game is played. 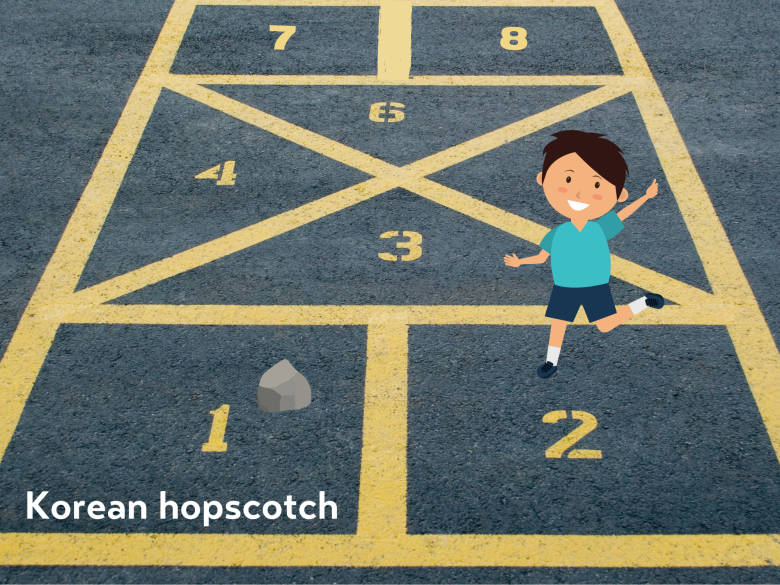 Our third prediction is Korean hopscotch (사방치기), where two teams compete to "take" as many of the eight spaces on the grid as possible. Players throw a stick or pebble into the first number on the grid, then hop through the other spaces before picking up the stick on the way back through the board. This process is then repeated for numbers 2-8 until the team reaches the final stage. Here one player should hop through the grid, throw the stick over his or her shoulder, and whatever number it lands in, if it is successfully picked up on the way back, that space is given to that team. Whichever team has the most spaces at the end of the game is the winner. 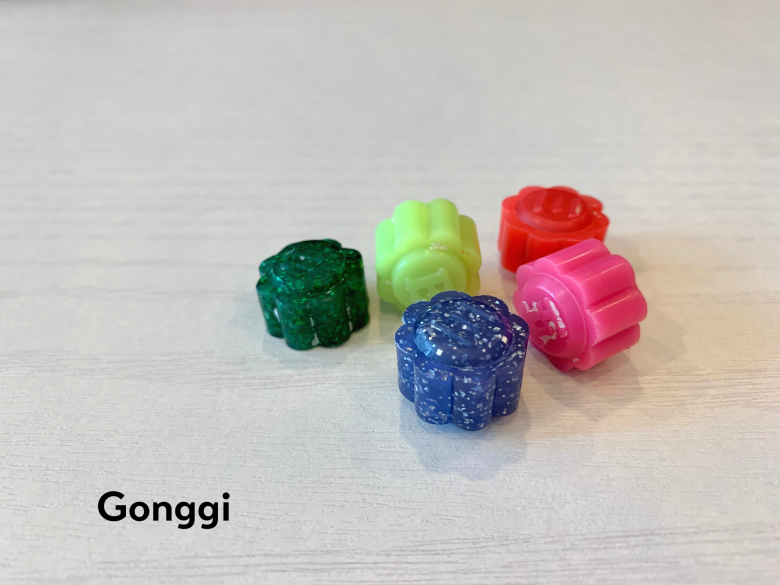 Our fourth and final prediction of what contestants may play in season two is Gonggi (공기), a popular Korean children's game where several small pebbles are thrown into the air and caught. Although the game's origin is unknown, it was mentioned in a book written during the reign of King Heonjong (1834-1849) almost 200 years ago. Needing a flat surface, Gonggi can be played individually or with players competing against each other and includes five stages. Players start by dropping five Gonggi stones before picking up one stone, throwing it into the air, and at the same time picking up another stone. If the player successfully picks up all five pieces, they can move on to stages 2-4, which involves picking up two, then three, then four stones, respectively, while the first stone is in the air. If these stages are completed without dropping any stones, a player can move to the final round, throwing the stones in the air and catching them on the back of their hand. These stones on the back of the hand are also tossed upwards, and the number caught corresponds to the number of points awarded.

As with all the childhood pastimes we saw in Squid Game, our game predictions are simple and easy to understand. With the show attracting well over 100 million viewers worldwide, a second season is inevitable. Should that happen, it will be interesting to see how many of our predictions are proven to be correct.