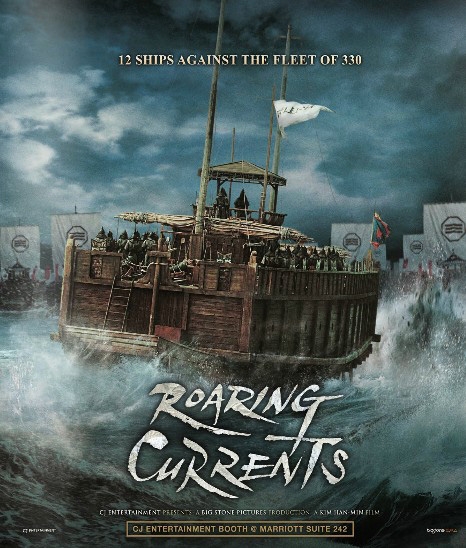 The biggest Korean film of all time at the South Korean box office was the 2014 movie, “The Admiral: Roaring Currents”. The film, based around the 1597 Battle of Myeongnyang off the south west coast of Korea, was a critically acclaimed success with more than 17 million admissions and the first Korean movie to gross more than US$100 million. The plot revolves around legendary Admiral Yi Sun-sin and his defeat of the Japanese navy despite only having 13 ships compared to the fleet of 133 Japanese warships and at least 200 logistical support ships. Given the disparity in numbers, the battle is regarded as one of Admiral Yi's most remarkable victories and has led to a lot of discussion about the strength of the “Panokseon”, the Korean vessel used in the battle and how its characteristics played a crucial part in the victory.

The most famous Korean warship of the Joseon dynasty was the “Geobukseon”, more commonly known as the turtle ship because of its protective shell like covering. However it was the construction, characteristics and weaponry of the lesser known Panokseon that was instrumental in the defeat of the Japanese at Myeongnyang.

One interesting difference that separated the Panokseon from its Japanese counterpart, the “Atakebune”, was the use of wooden pegs rather than iron nails. The use of wooden bamboo pegs meant that the ship could absorb water without the worry of rust or corrosion; something that the Japanese vessels suffered from and therefore resulting in a weakened hull. Wood also played an important factor in the design of the hull with the Panokseon using thick, high density pine which improved the sturdiness of the ships structure, while the Atakebune used light weight cedar and fir to improve speed at the expense of structural integrity. The rough waters around Korea's coast, as well as the sudden changes in tides and currents enabled the structurally stronger Korean boats a crucial advantage.

The sturdier Panokseon also enabled the Korean Navy to carry more cannons on board. The traditional Japanese navel strategy was to use its quicker vessels to get close to an enemy ship in order to board and engage in sword combat on the decks. The concept was to engage in a fight between crews rather than the ships themselves and therefore there was no need to carry extra cannons. At the Battle of Myeongnyang, the Korean Navy utilized its superior warships and firepower to engage in a modern kind of warfare in which it was able to attack from a distance and destroy a vast number of Japanese vessels which eventually led to victory.

The turtle ship is the most famous vessel to exist in Korean navel history and has legendary status attached to it. However, with the success of The Admiral: Roaring Currents, the lesser known Panokseon now has a stronger place in history and the next time that we walk past the famed Admiral Yi Sun-sin statue in the center of Seoul, we should remember the instrumental role that the vessel played in putting him there.