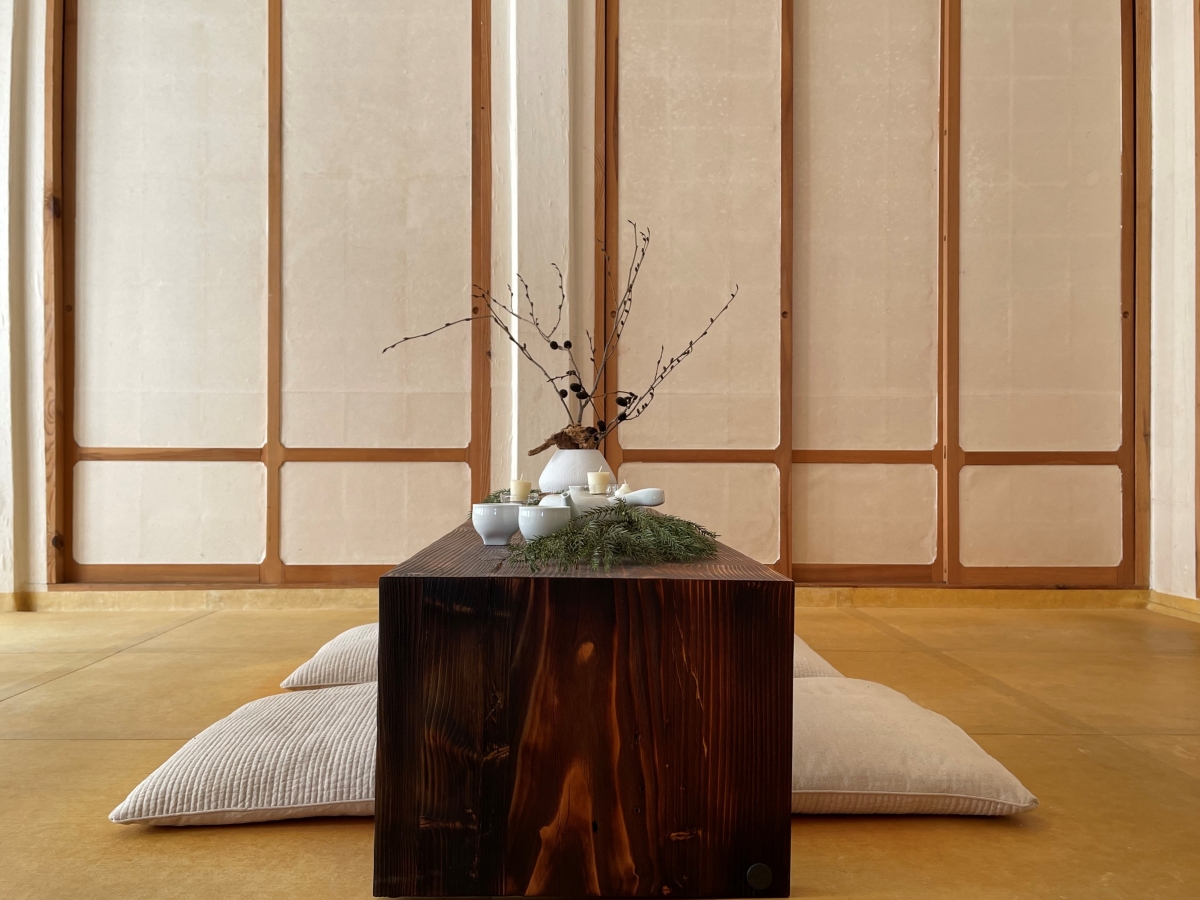 As a part of the Leo Gala Series to give wider publicity to Korean culture and promote its quintessential beauty beyond the mere facade, Asia Society Korea presents to you a special coverage of the traditional Korean heating system also known as ondol.

Ondol (온돌;溫突), also known as goodle (구들) or banggoodle (방구들), is an underfloor heating system that has kept traditional houses in Korea warm for thousands of years. Although similar architectural structures for heating systems located under the floor have been found in different parts of the world, including the ruins of the Roman Empire, the intricate system of Korea’s ondol is unique and well-preserved.

Ondol is believed to have originated from the Bronze Age (900 BC-800 BC) and developed during the Three Kingdoms of Korea (57 BC-668 AD) to have features similar to the ones that we enjoy today. This is an estimate derived by multiple architects from artifacts that were built between 200 BC and 0 BC, indicating the widespread use of brick and stone ondol across the Korean peninsula. It is widely believed that the system was invented to manipulate the flow of smoke from fireplaces instead of attempting to use the actual fire as the source of direct heat, like most Western heating systems.

The original ondol was energy efficient as they usually re-used the heat from fireplaces (agungi) in traditional Korean kitchens. The inside of the agungi was connected to a series of channels, called gorae, that traveled underneath the floor. The doorways to the channels, called bulmok, were constructed so that the opening wasn’t too big to cause an overflow of smoke or allow the fire to spread while preventing the flow of cold air when the fire was out. The gorae were slightly angled so that the smoke would slowly drift towards the chimney that poked out of the other end of the room. The careful construction of the channels prevented the smoke from escaping rapidly, which allowed the room to stay warm even after the fire was out. The stones and bricks that enclosed the heating system held in much of the heat. Rumor has it that one exceptional ondol system in a temple in Hadong kept the room warm months after the fire died. However, the temple’s heating system was destroyed over the years and it has become impossible to validify the rumor.

The ondol heating system created additional benefits for traditional houses. The gorae that ran under the house continuously channeling hot smoke made the environment under the houses inhabitable for rats and insects. The system also kept the bugs away from trees in the garden and prevented ants from harming the house’s wooden structure during the winter as small amounts of smoke that escaped the channel through the ground acted as pest control.

Moreover, by heating the floor, Koreans were gifted with various health benefits as well. As the rule of thermodynamics dictates, the air inside the room circulated naturally as the air heated by the hot floor traveled upwards and the cold air traveled downwards. Since people slept on the floor, the heat increased blood circulation in their legs and backs. Some even claim that ondol systems have the same health benefits as Finnish saunas and Japanese hot springs, and are very similar in terms of helping people endure harsh winters.

Although traditional ondol are scarce today, you can still experience the warm floors and cool breeze on the tip of your nose if you decide to stay at various temples, traditional hanoks, or even some hotels. Most modern buildings and houses in Korea still use a similar heating method to ondol as well. Today, hot water pipes are installed underneath the floor to heat the rooms instead of a fireplace and channels for smoke.