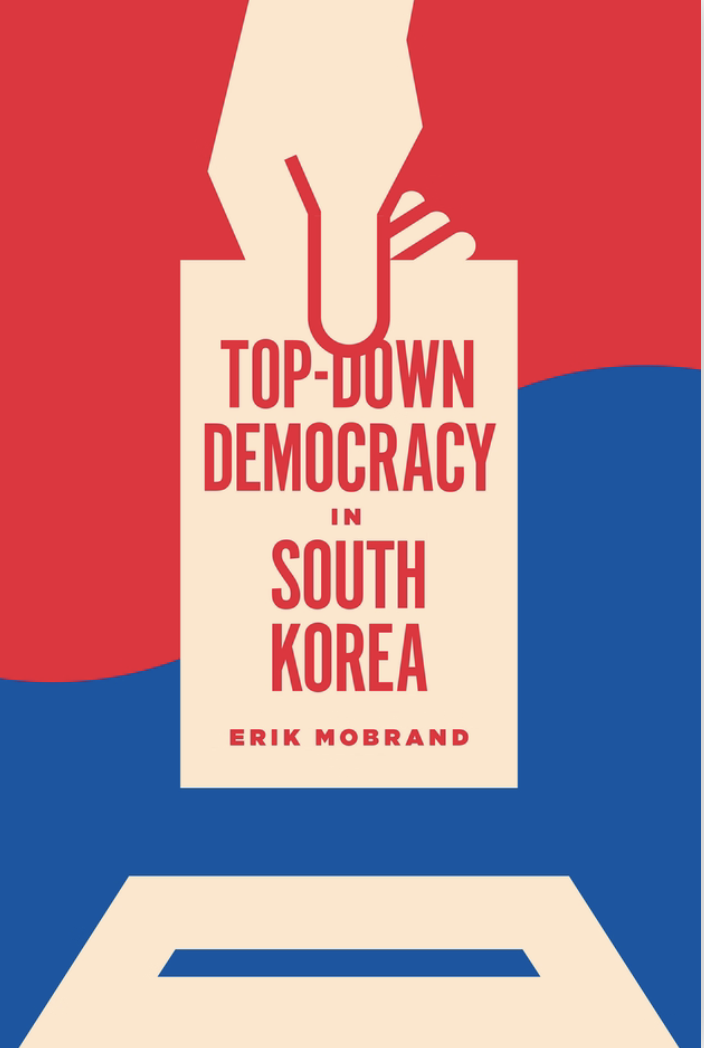 January 20, 2022 ㅡ Despite the global pandemic still affecting all walks of life for many people worldwide, attention in Korea is shifting to the upcoming 2022 presidential election. On March 9th, Koreans will vote for their next president to replace current leader, Moon Jae-in. Against this political backdrop, and as part of our Meet the Author Series, Asia Society Korea caught up with Erik Mobrand, to discuss Top-Down Democracy in South Korea (University of Washington Press, 2019). Mobrand is Korea Policy Chair and a senior political scientist at the RAND Corporation. He studies political transformation in Asia with Korea as a central reference point. In 2016, Mobrand joined Seoul National University as an associate professor in the Graduate School of International Studies. He previously served as assistant professor of political science at National University of Singapore. He received a Ph.D. in politics from Princeton University.

1. You joined the faculty at Seoul National University in 2016 after almost ten years of living in Singapore. What was the inspiration for writing a book on Korean democracy?

Before the book was published, I had been studying political affairs in Korea for a number of years. I find the country's politics fascinating. It is an exciting context that can offer insights into what democracy can mean. Too often, discussion of democracy focuses on North American and European experiences. Here in Korea, we have a democracy operating in different circumstances – of postcolonialism, national division, and regional tension. That means there is much to be learned about democracy from Korea.

Another source of inspiration came from a sense that our understandings of Korea's democratic transformation can be enriched by separating a history of democracy from a history of democratic movements. Popular movements were crucial to producing political change, but those movements cannot themselves account for the formal political practices and institutions that have developed. Many of the rules and organizations associated with democracy have their origins in the realm of leadership rather than in popular movements. I wished to shed greater light on that history to help refine our understanding of Korea's democracy.

2. Your book mentions how the Park Chung-hee regime, particularly in 1963, influenced Korea's political course. What similarities do you see between 1963 and now? 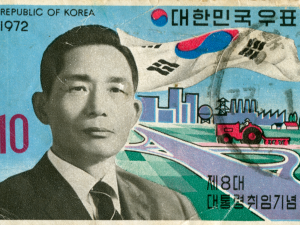 There are, of course, huge differences between 1963 and today. That should go without saying. Nonetheless, I find that the political designs made in 1963, or rather formally adopted as 1962 turned into 1963, have had a staying power that has not gained sufficient attention. We tend to think of 1948, and the founding of the Republic, as a watershed moment, as well as 1987-88. The political liberalization of 1987-88 undid much of the repressive structures of the harshest periods of South Korean dictatorship, between 1972 and 1987. What did that leave us with? In critical areas, the authoritarian rollback of 1987-88 left the country with institutions established in 1963.

The year 1963 saw a civilian government once again rule the country – albeit composed of former generals – following two years of unrest after the coup of May 1961. Park Chung Hee and his associates revised the political order in preparation for this transition. They adjusted the electoral system, reorganized the elections agency, and revised the election laws. An example I focus on in the book is the promulgation of the Political Parties Act. First set out in 1963, this law dictates how political parties can organize. The Political Parties Act remains in place today, putting elaborate restrictions on the ways parties and citizens can interact. When thinking about contemporary Korean democracy, it is important to recognize the historical and political origins of current rules and regulations.

3. Despite Korea having a history of democratic movements and political protests, how has the political elite managed to keep citizens at arm's length continuously?

The political elite, whose composition is more varied today than in the past, has had a range of tools and resources for dampening citizen participation. An institutional heritage from the authoritarian period has been a big part of that. They can draw on the strict election campaign and party laws inherited from the past. There are also normative justifications for limiting participation, and these tended to be framed using security or anti-communist terms of the past. Explanations have shifted more to concerns over corruption. For example, laws can restrict the number of rallies a politician can hold because those events are portrayed as opportunities for illicit exchange between a candidate and supporters. The threat of corruption is widely referenced as grounds for using legal action that limits the political rights of citizens.

4. At a time when democratic institutions worldwide are troubled, what lessons can the world learn from Korea's democratic experience?

By global standards of the past several years, I find Korea's democratic experience enormously uplifting. In Korea, we have tremendously high levels of public engagement in politics. People follow the news closely, and political discussion is everywhere. So much – though not all – of the mass engagement in politics also happens with a positive tone. Consider the Candlelight Movement of 2016-17, as well as other demonstrations that have followed. These events bring people together to celebrate what can be achieved collectively for a better future. The contrast with the negativity and cynicism around popular politics in so many other corners of the world is stark. I hope that Korea can serve as an example to remind others of the positive side of collective political engagement.

Another important lesson is that democracy is not something that can be engineered. It's a messy process rather than a system designed through cold calculation. In Korea, progress has come through struggle, and it has taken uprisings and demonstrations followed by partial responses from leaders. That interaction is a defining feature of the functioning of the country's democracy.

5. Your book was first published in 2019, less than two years into the current administration term. Has any progress been made in terms of giving citizens more political voice?

Progress comes more in fits and starts rather than in continuous improvement. That is true for the whole period since the end of authoritarian rule in 1987-88. We have had moments where participation has expanded and other times when it has faced more significant limits. For example, in the early 2000s, significant gains were made in the involvement of citizens in candidate selection processes. The gains were not uniform or constant, but they made a real difference.

In the last few years, we have seen an emphasis on pluralism and the need for political practices to reflect contemporary Korea's diversity. A reform to the electoral system has been made as an initial attempt to capture that emphasis. There has also been reform to the prosecutorial authority, a move that is in line with the effort to roll back problems of unchecked state power associated with the authoritarian period. Just as important, citizens have shown impressive awareness of these complicated issues and a willingness to make their views known. That awareness will remain, and it will inform or constrain future leaders. 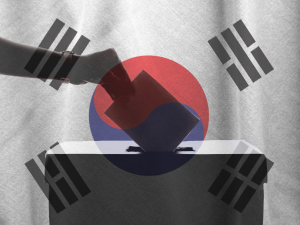 6. Korea will elect a new president early next year. What are your reflections on the election campaign so far?

In this presidential election season, we have seen some of the old top-down patterns but also departures from them. The candidate selection processes offer examples of that point. The People's Power Party had a typical nomination experience where leading contenders fought with each other over the rules themselves. As in many instances in the past, such episodes make it difficult to build faith in party processes. The Democratic Party, on the other hand, had an extended, participatory nomination process with multiple strong candidates, and that process concluded relatively smoothly.

Another theme is the role of media in politics. Media groups have filled the news with allegations of scandal that can obscure discussion of the candidates and issues. A danger in reporting on scandal is that truth and rumour can be insufficiently distinguished. A second danger is that all cases of alleged wrong-doing can be equalized. For these reasons, media creation of scandal makes ordinary people lose out in politics. A healthy future trend would be to see media groups turning less to this politics by scandal.

"Top-Down Democracy in South Korea" can be purchased from University of Washington Press.

Professor Erik Mobrand, PhD., is an associate professor at Seoul National University’s Graduate School of International Studies. He is currently a senior political scientist at the RAND Corporation and is the Korea Policy Chair. Previously he was a professor in the Department of Political Science at the National University of Singapore from July 2010 to December 2015.

Prof. Mobrand has published two books, Top-Down Democracy in South Korea and The Life and Representations of Kim Tu-han: Justifying Violence on Korea’s Cold War Frontiers, and is currently collaborating on a book titled The Party-State Nexus in Asia. In addition, he has published numerous articles and book chapters. His works have focused on East Asia, specifically China and Korea. He received his Ph.D. in Politics from Princeton University in 2006. His dissertation was Internal Migration and State Retreat in Chinese and South Korean Industrialization.