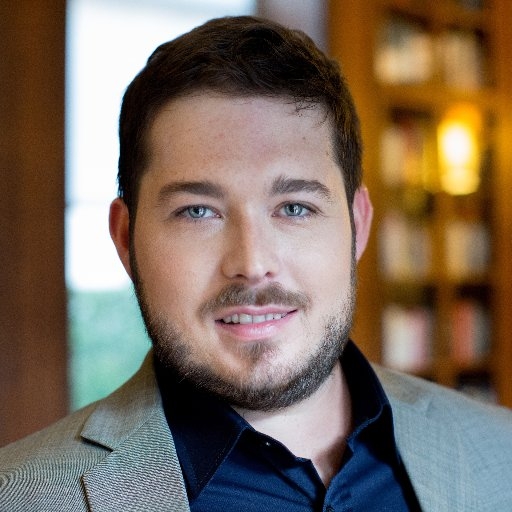 Geoffrey Cain first arrived in South Korea in 2009, spending a lot of time in Uijeongbu and Yangju, two military towns north of Seoul. As a journalist, he was eager to get out of the city and cover life outside the capital; these gritty camp towns became a bed of coverage for his magazine writing at Time. In more recent times, these areas, along with the Itaewon district in Seoul, have experienced a tremendous amount of gentrification. Documenting how and where this gentrification was happening, who was behind it, and whether it was truly helping everyone became the inspiration for Cain’s book which will be released later this year by Munhak Dongnae in English and Korean. Cain spoke with Asia Society’s Matthew Fennell.

What were your first impressions of Korea’s military towns that surround Seoul?

When I first showed up, the camp towns still had a culture of dingy bars, prostitution, and live music catered to American GIs -- and political protest by South Korean residents who wanted a bigger say over how the bases affected their homes. But this was quickly changing. Within a couple years, the center of Uijeongbu -- a poor industrial town built around military bases -- was gutted and gentrified into a shopping area, and its subway station linked to a giant luxury department store, one of the biggest in the country. I became fascinated with how quickly this gentrification was happening, and how uneven it was. The typical resident didn't seem to be getting richer, but it felt like Uijeongbu was on a campaign to mask history, to show that it had overcome hard times. The result was gentrification in patches. Coming out of the subway, you'd see high end shoppers, and then within walking distance there'd be metal shacks that housed a red-light district and then a charming old church built by US soldiers, and further out near the US base, the Filipina hostess bars.

You later moved to Seoul to another military district. How was this in comparison to living in Uijeongbu?

I moved to Haebangchon, a once-impoverished hill that juts northwest off the US’s army headquarters, and saw the same effect: the military-inspired heritage of Itaewon rapidly being replaced with trendy restaurants and coffee shops. Since Itaewon was looking much more like Seoul's posh district, Gangnam, I started calling this "Gangnamization" and wrote columns in the Korean-language media about it. (Koreans, I should add, had already coined similar terms.) I had mixed feelings at first. Longtime residents, despite their poverty, told me they weren't eager to see these changes. Fast rising rents and evictions, they said, were killing a talented community of musicians and entrepreneurs who had built their lives around US base culture. They were concerned that Itaewon was becoming like any faddish neighborhood, devoid of the heritage they had spent their lives creating.

What is the cultural significance of Itaewon to South Korea?

Itaewon is an ironic place. The neighborhood carries the legacy of a military culture -- people used to call it a "GI's Kingdom" -- and yet it's one of the freest places in the entire Korean peninsula. Just as the off-duty soldier steps out of the base and leaves behind a regimented daily routine, so do young Koreans become anonymous and freer here, away from the eyes of a conservative and hierarchical society. I'm not sure there's anywhere else in the world where you can stumble on a street of brothels next to a street of gay bars next to a street of hallal shops leading up to the country's largest Muslim mosque -- and all outside a US military base in one of the world's most racially homogenous countries. It's a surreal place, and naturally a vortex for the misfits and outsiders of Seoul.
Since Itaewon is suspended from the normal rules of society, it's thrived for decades as a hotbed of ideas that start at the edges before going mainstream. The camp towns were always a testing ground for the foreign trends that would sweep Korea, like rock and roll, breakdancing and hip-hop, spam and sausages in Korean cuisine, and craft beer and craft cocktails. Even the K-pop audition system has a lot in common with the US Eighth Army's old audition process for Korean rock stars. Nowhere else could outcasts and gays like the actor Hong Seok-cheon find a refuge, at the time, from the strictures of the mainstream, an abode of low rents and open minds to practice the culinary crafts. Hong and many others started out in Itaewon and from there reshaped Seoul's urban culture in ways we haven't seen.

Historically, the once run-down neighborhood was often avoided by Koreans for fear of crime and lack of safety. How true is this widely held perception?

As I wrote the book, I could find no evidence that US soldiers and foreigners, as the stereotype goes, were committing a disproportionate number of crimes here. Some of the evidence showed the opposite -- that at least today, soldiers and foreigners were committing fewer crimes than the population at large. The old Itaewon, however, was definitely a hub of crime, drug trafficking, illegal gambling, gangs and prostitution, and a lot of this circled around the bars catered to US soldiers. And crime statistics are only one side of the reality. In the early 1970s, the US military reported about 25,000 cases of venereal diseases among 35,000 troops in a single year. That’s a huge number.

Do you have any memorable stories of Itaewon from your research?

If there’s one consistency, it’s that the stories of Itaewon carry the extremes of human experience – they’re uplifting and crushing at the same time. One of my favorite meetings was with Tommy Shim, a rock guitarist who started out playing for US troops in Vietnam, and who was deeply inspired by Jimi Hendrix and that era of musicians. He returned to Itaewon and started a psychedelic band called Phoenix, which combined Korean musical scales and styles with psychedelic rock. This was common in Itaewon in the late 1960s, and it was a blossoming period, since the US military’s demands for musical talent and professionalism rivalled today’s Korean music industry. The rockers were a rebellious bunch who openly challenged authoritarian rule. In the 1970s, Park Chung-hee retaliated with crackdowns on marijuana and long hair, and Tommy and his peers were arrested, accused of peddling a corrupt and decrepit "foreign culture.” Some of them were told they were mentally ill and put in asylums. This was pretty much the end of their careers. Tommy ran off to Guam and later opened a rock club in the US.

The shift in ratio of Koreans to non-Koreans visiting Itaewon has increased dramatically in recent times. Do you think Itaewon will ever lose its identity as being the "foreign district" of Seoul?

I don't think Itaewon will lose its heritage as the "foreign district." It's more that different groups of people are all being elevated to the same playing field. Itaewon used to be a place for GIs to get stoned and cruise with rock bands and sex workers, and there wasn't much more to it. These days, more foreign nationals are settling down in Korea than ever, and bigger numbers are coming from places like South Asia and Africa. Add to that the waves of visiting Koreans in Itaewon, and you can see this place is becoming much more inclusive. It's not perfect, but I think overall, it's a much healthier environment now than ten years ago.

What are some future challenges you see in maintaining the heritage of Itaewon?

The government will need to get serious about rent controls and zoning laws, or else Itaewon will lose its inclusiveness, just becoming an overpriced shell of its former self. Already Psy, the Gangnam Style rapper, has kicked out an artists’ space from his property in Hannam to open a generic coffee franchise -- which is ironic since Psy was parodying that kind of thing in "Gangnam Style." But gentrification is not always a bad thing. Studies show that when done right, it raises the quality of life for the poorest residents. But in the process, we must not forget the parts of our heritage that make this place special. One dying craft is live music. It requires hard work, high costs, low payouts and isn't a stable career path -- but it's a healthy activity that brightens up any neighborhood. Itaewon's musicians were once subsidized by the US base concerts, but this no longer has the same appeal. I am optimistic that the residents of Seoul will find a way to preserve these aspects of their culture. The only way might be for the government to pump up its arts funding and get tough on runaway rents.