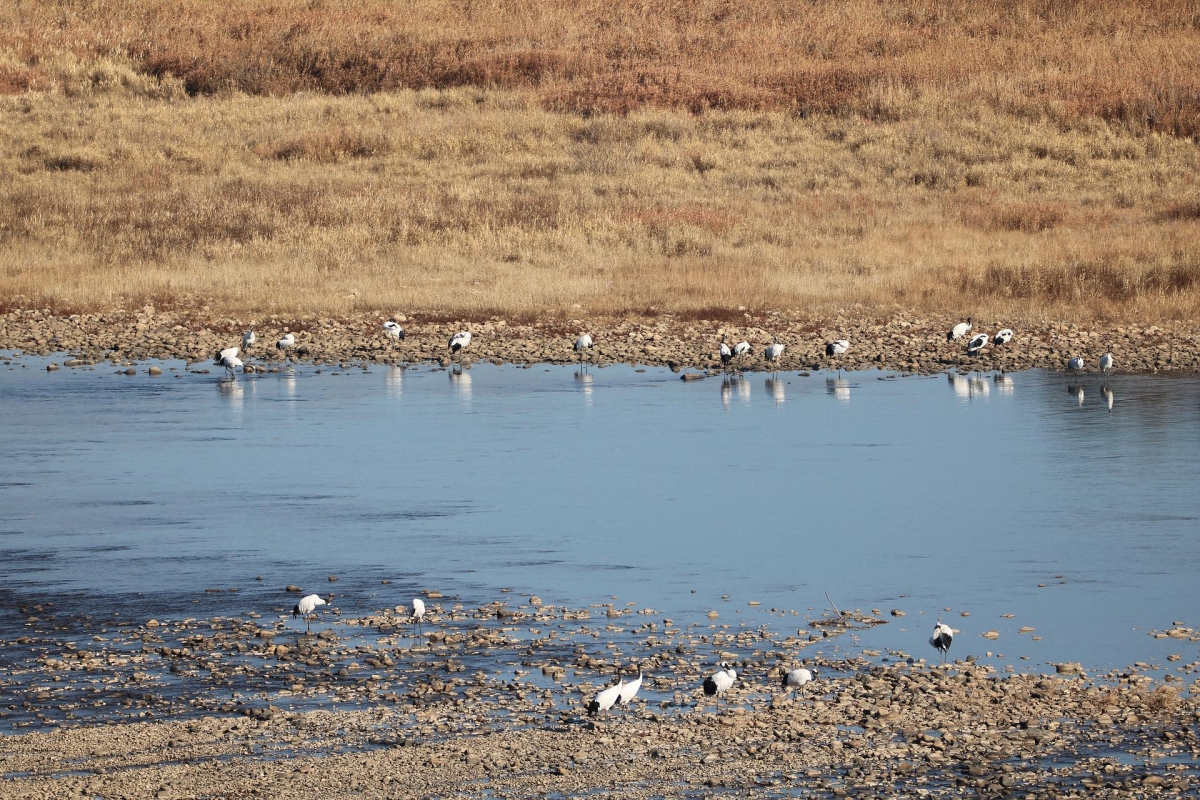 The Demilitarized Zone (DMZ) has held the title of "the world's most dangerous border" since the 1950s. Mentions of the DMZ evoke thoughts of North Korean missile tests, high-level summit meetings, barbed wire fences, and stoic army personnel. However, the DMZ simultaneously exists as a place of rich ecological diversity.

After the Korean War ended in 1953, the peninsula was separated by a haphazard line drawn from east to west. Neighbors on opposite sides of the line suddenly held different nationalities, and individuals caught on the wrong side of the 38th parallel could not return to loved ones. As the Korean War ended in a cease-fire rather than a peace treaty, the war technically continues to this day, and the area between the countries remains filled with land mines, tunnels, bomb shelters, and hundreds of soldiers trained to spot unapproved activity. However, these dangers do not pose a threat to nature –they actually do the opposite. This 350 km long, 2.5 km wide no man's land, which represents so much heartbreak and death, conversely allows biodiversity to thrive.

Flora and fauna slowly repopulated the DMZ after people evacuated the area. Animals found new homes, and plants spread their roots around mine-riddled soil. Endangered animals such as the Siberian musk deer, red-crowned and white-naped cranes, and the Asiatic black bear returned to flourish undisturbed. In fact, in 2019, more than 100 protected species called the area home.

The Ecology Research Institute has played a central role in bringing awareness to this ecological diversity, despite the Institute's inability to enter the DMZ. Researchers instead rely on limited access to the Civilian Control Zone (CCZ), which acts as an additional buffer to the fortified area and use binoculars and unmanned cameras to record the area's wild inhabitants. Even with such limited means, the Institute has recorded over 6,000 species living in harmony. Mountain ranges and rivers, such as the Han and Imjin, come together at the DMZ to create a diverse climate that allows various organisms to coexist, and birds favor the area as a stopover during migration.

Unfortunately, the future of the DMZ's natural inhabitants remains uncertain. The conflict between the Koreas keeps humans from interfering with the area's wildlife, but there is no agreement concerning how to protect the zone should relations shift. The South, for its part, tried to register its half of the DMZ as a UNESCO Bioreserve in 2011. However, they only received the distinction in 2019 for the CCZ. Though the distinction doesn't cover the DMZ itself, recognition as a Bioreserve sets limits on development that increase chances for preservation. South Korea hopes the new Bioreserve will nudge the North to increase protections on their side of the DMZ, but the two Koreas' turbulent relationship makes such collaborative efforts difficult.

Ironically, the Korean War's exacerbated stalemate gives the best protection to the DMZ, perhaps more so than legislation or global designations. As soon as relations change, including reunification, normalization, or heightened provocations, the DMZ's wildlife reenters the realm of human politics and faces a repeated loss of habitat. Even if reunification should occur, some individuals may not wish to keep a physical barrier between the Koreas intact. Such a protected zone could perpetuate memories of conflict-ridden separation and undermine efforts to integrate North and South Koreans. On the other hand, some may argue such a physical reminder of the war will encourage Koreans to accept and learn from their country's history.

Germany faced a similar decision after reunification in 1990. A deadly border called the "Death Strip" edged the Berlin Wall that separated the two countries since 1949. Guards shot anyone who tried to defect along this border. Like the DMZ, this dangerous zone allowed other forms of life to flourish. When Germany reunified after more than 40 years apart, the country recognized this life's value and instructed civilians to leave it undeveloped. The area is now a protected park where cyclists bike down former patrol routes, and more than 5,200 species, 1,200 of which are on lists for extinction, can flourish. Rather than erase the border, Germany invited civilians to explore and enjoy their problematic past, even keeping part of the wall that separated them intact.

Two places still fresh in human memory as sites of conflict offer the same story of death giving way to life. Protecting such areas might allow memories of war to persist but will also teach future generations that life emerges from even the unlikeliest circumstances.