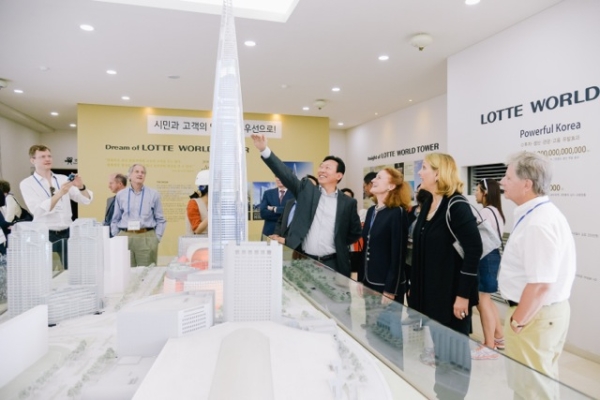 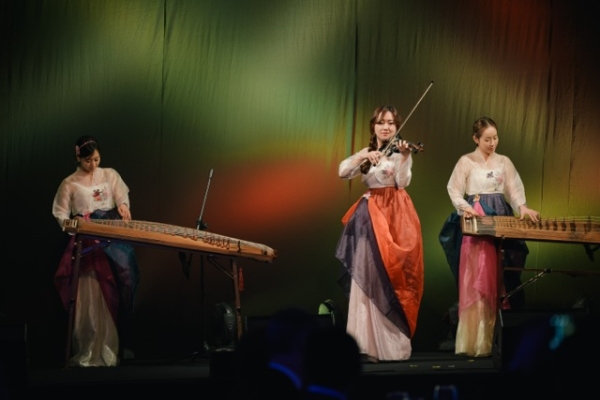 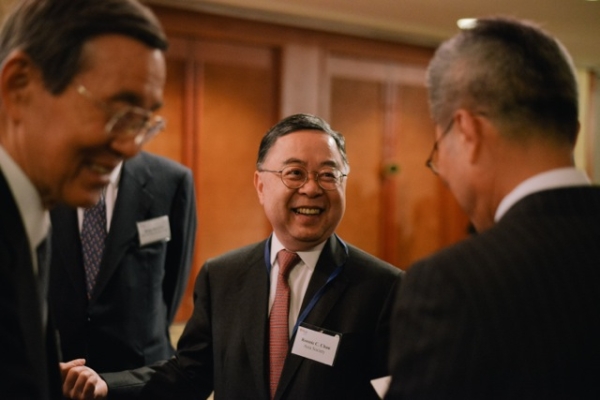 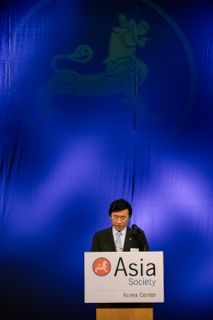 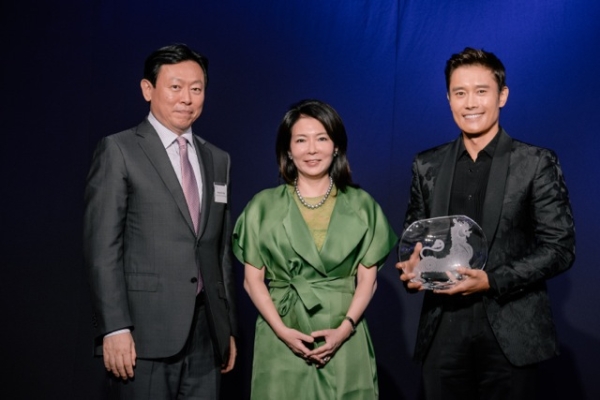 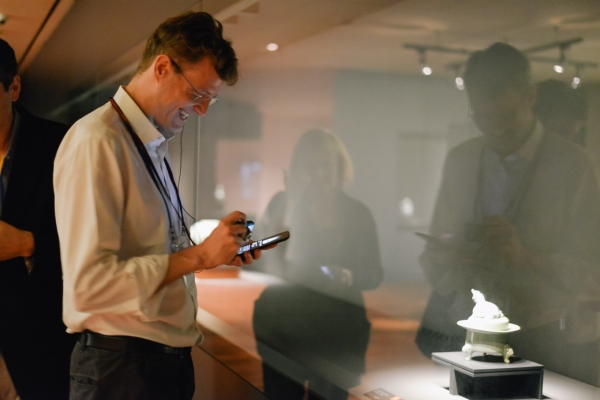 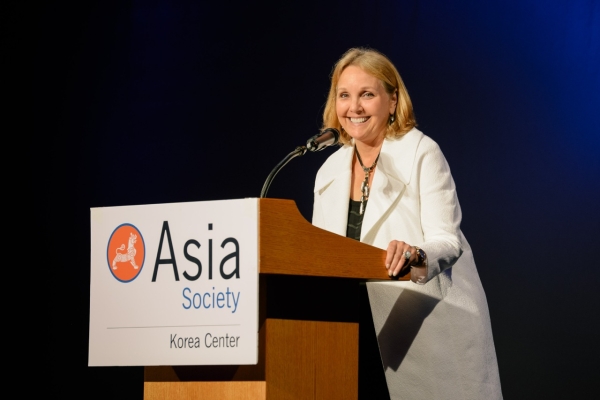 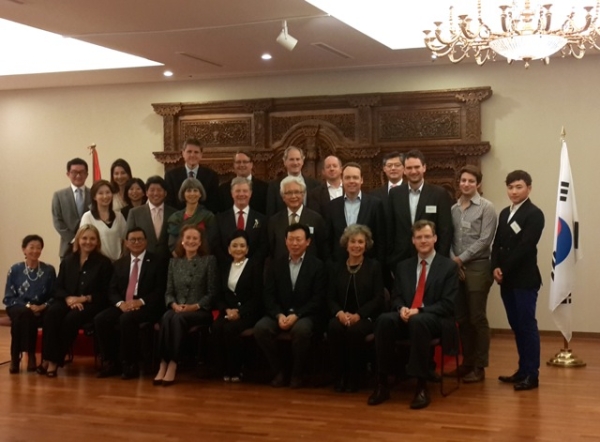 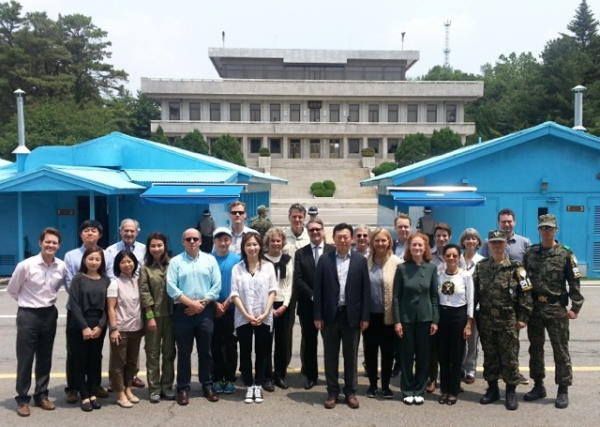 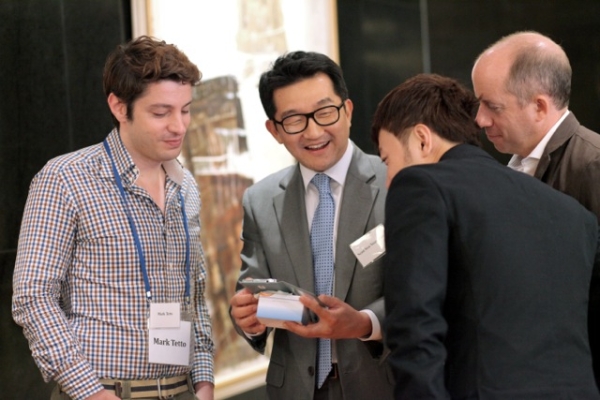 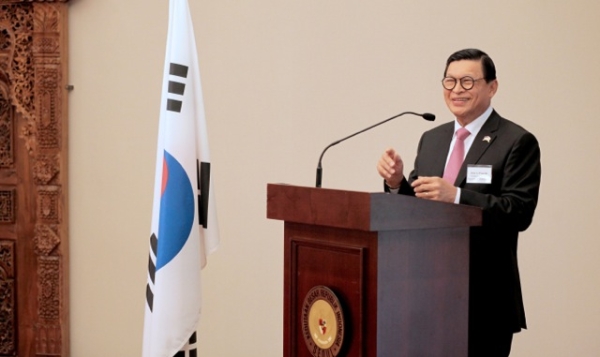 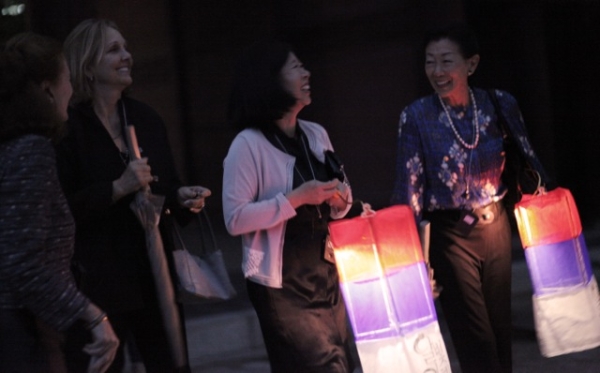 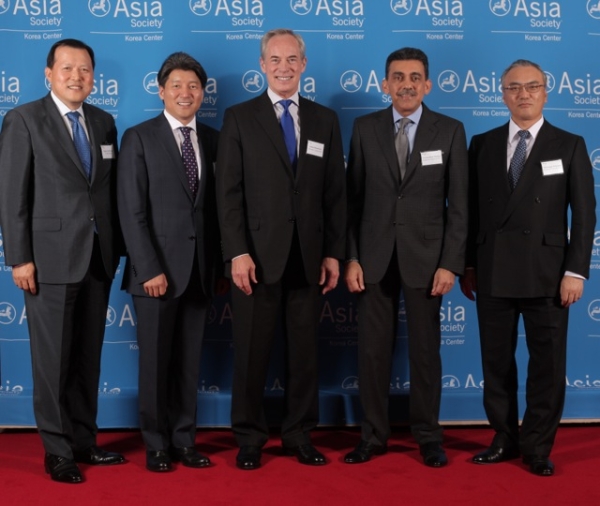 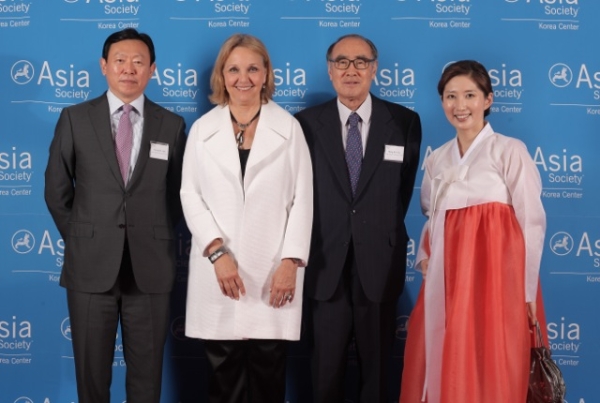 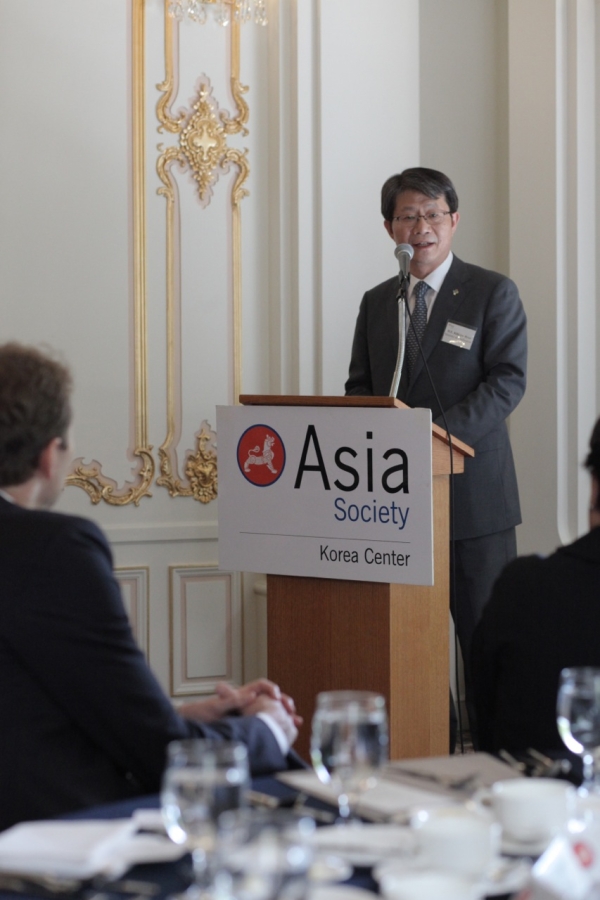 June 10-12, 2014 - A terrific group of trustees and other friends of the institution journeyed to Seoul in June for the annual Asia-based meeting of the Board. In attendance were the board Co-Chairs Henrietta Fore and Ronnie Chan, Global Trustee and Chair of the Korea Center Board Shin Dong-Bin, Trustees Warwick Smith, Charles Rockefeller, Lee Hong-koo, Lew Kaden, Lulu Wang, Sandiaga Uno, Stephen Bird, Tom McClain, Doris Ho, the just-elected Viswanathan Shankar, and Trustee Emerita Susan Lynch. Roughly 20 other members of the global family – Global Council members, Asia 21 vets, and senior staff were also present. They enjoyed a full agenda of interesting trips and programs hosted by Shin Dong-bin, who has a hugely successful business to run in Korea, but found time to lead the Asia Society group this week, and open so many interesting and important doors.

Among the highlights were: a trip to Pannmunjon and the frozen-in-time Demilitarized Zone dividing North and South Korea; a high-level briefing from U.S. Military personnel at their headquarters in Seoul; a visit to the Leeum Museum in Seoul, which houses the treasures amassed by the CEO of Samsung; a tour of the Lotte Tower complex that will be a crowning achievement of the above-mentioned Shin Dong-Bin's Lotte Group; and events with the South Korean Foreign Minister, Unification Minister, and various Ambassadors in residence in Seoul.

In the evening of Tuesday, June 10th, the Indonesian Ambassador to Korea H.E. John Prasetio hosted a dinner at his residence and this was follow by a moonlight tour of Korea’s iconic Changdeokgung Palace. This ancient palace was not only residence to kings and queens, but was also the center of politics and city life during the Joseon Dynasty. Only open at select times of the year, the palace was opened up to the Asia Society for a special moonlight tour by The Cultural Heritage Administration and the Korea Cultural Heritage Foundation.

On Wednesday morning the Director of the Leeum Samsung Museum of Art opened his doors to invite the Asia Society to view traditional and modern works of art by Korean and international artists. The museum itself is just as fascinating as the works of art on display, since its three buildings were designed by the internationally renowned architects, Mario Botta, Jean Nouvel, and Rem Koolhaas.

After a brief lunch, the group was invited by Lotte Group and the Korea Center’s Chairman Shin Dong-bin to visit the construction site of the second Lotte World, including the 123-floor Lotte World Tower. Chairman Shin explained about the facilities and future operating plans. In particular, the members were invited to have a look around Asia’s largest 4D movie theater, which is scheduled to open in the new complex, and watch a video introducing hallyu, or Korean Wave. This was the first time the site had been opened to foreign guests.

The showcase event of the trip was the banquet on Wednesday evening, which was attended by over 110 people including the trustees, members of the Asia Society and local dignitaries and VIP’s. An evening of Korean food, music and performance was capped off with Korean actor Lee Byung-Hun being awarded this year’s Cultural Diplomacy Award. At the dinner, the Korean Foreign Minister, H.E. Yun Byung-se, called the Asia Society’s work “indispensable”, especially at a moment when he said the Asian landscape faces “a Pandora’s Box of problems.” The challenge for the Asia Society, he said, is to attack those problems, and help “turn trust deficits between nations into trust surpluses.”

At a lunch on Thursday the 12th, the Korean Unification Minister H.E. Ryoo Kihl-jae addressed the group – and “trust-building” was a phrase he used as well, in the context of the distressingly difficult work of achieving diplomatic progress between the two Koreas. Small steps are needed, he stressed, because “we are still trapped in a confrontational structure and deep mutual distrust…and we cannot just sit and wait for unification to come.” But he acknowledged that even small steps were difficult – and that in the South the younger generation shows less and less interest in the ultimate goal of a unified Korea. Asked to assess North Korean leader Kim Jong-un, Minister Ryoo noted a difference in style. “Unlike his father, Kim Jong-un has been appearing on TV a lot. So we’ve been seeing a lot of him….but we see no evidence in terms of policy that he’s very different from his father. It may just be his style.” Lastly, three ambassadors to South Korea – representing India, Indonesia and New Zealand – joined a panel moderated by Korea Center Trustee and former Prime Minister H.E. Lee Hong-koo. The diplomats painted a picture of Asia’s future that blended “heady statistics” (continued growth; an “exploding middle class”; and so on) with grave concerns about what Indian envoy Vishnu Prakash called “the world’s most dangerous flashpoints.” What could go wrong in this “Asian Century”? In a panel that lasted less than an hour, the concerns mentioned included conflicts over resources, the maritime disputes in Northeast Asia and the South China Sea, the “bursting of asset bubbles” in China, the Iraq breakdown and its spillover effects and of course the showdown on the Korean Peninsula itself. New Zealand’s ambassador Patrick Rata offered this simple, hopeful point, in arguing for more open trade: “You’re less likely to get into a fight with someone who’s buying your goods.”

Overall, it was a great opportunity for our members of the Asia Society’s global family to experience the richness of Korea’s culture and history, and to meet the Korea Center’s members and partners.