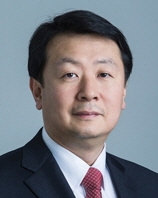 Jeongho Nam is an editorial writer at the JoongAng Ilbo, one of the biggest newspapers in Korea. He has specialized in int'l affairs covering a wide range of topics from celebrity interviews to national security issues. In addition to general articles, he used to contribute a weekly column to the JoongAng Ilbo, the newspaper published by JMNet. Through these works, he has frequently traveled abroad and interviewed many distinguished figures including Prime Minister of India Manmohan Singh, Prime Minister of Australia Julia Gillard, President of South Africa Nelson Mandela and Secretary General of the UN Ban Ki- Moon. Mr. Nam entered the JoongAng Ilbo in 1989. Since then, he has worked as a reporter in three fields; City News Dept, Political News Dept, and International News Dept. Among them, international affair became his main area of interest.

This interview deals with his recently published work, "Nam June Paik", a book about a Korean media artist who is internationally praised as the genius of the century. 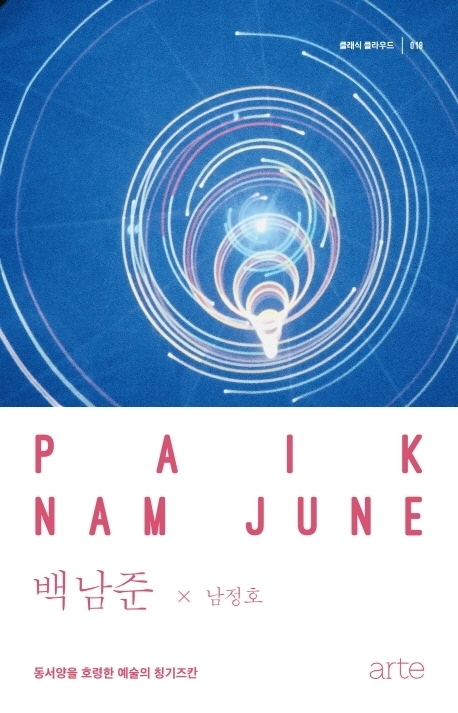 1. It seems quite unusual for an editorial writer who mostly covers politics and international affairs to be interested in an artist. What was it about Nam June Paik and his work that attracted you the most?
My attraction to Nam June Paik comes from the profoundness and diversity of his world of art . Nam June Paik had deep knowledge, transcending time and space, and stretching from prehistoric times to today’s digital age. This philosophical background was the foundation for his making the video work portraying Marco Polo, a Westerner, who ventured through the East with an Eastern hero, Genghis Khan, who raided the West, to find the wonders of the East. If a layperson delves into the art world of Nam June Paik in this profound manner, he or she is bound to discover ideas and philosophy that had never been considered. I was most likely attracted to Nam June Paik’s life due to the diversity and profoundness of his world of art .

2. You also wrote a book about Nam June Paik with his wife, Shigeko Kubota, in 2010. How did she remember Nam June Paik as a husband and an artist?
Shigeko Kubota (Ms. Kubota) remembered Nam June Paik as a genius of the century  and an individual with childlike purity. When I met Ms. Kubota in New York, she told me several stories that highlighted the uniqueness of Nam June Paik. Although he was the son of a rich family, he was unable to eat due to his devotion to art. The most memorable story was the one in which Nam June Paik suddenly proposed to her, despite his disinterest in marriage, when Ms. Kubota was diagnosed with uterine cancer. Due to their married status, she was able to receive treatment in the US with medical benefits from his insurance. I was told Nam June Paik never mentioned this to anyone, perhaps out of respect for Ms. Kubota.

3. In the book, you followed some of the routes that Nam June Paik traveled, visiting many different countries and meeting many of his colleagues. If you had to choose one place and one person that impressed you the most, where and who would that be?
Out of the many places I have visited on this journey, the most fascinating was Kamakura, a historic town in Japan. Kamakura is the town where Nam June Paik and his family resided during their time in Japan. Kamakura has many temples and shrines. It is also the origin of Japanese Zen and this must have impacted Nam June Paik greatly. Personally, I was thrilled to find out that my favorite piece of his (and one of his most popular), ‘TV Buddha’ was created based on his time in Kamakura. The most memorable person was Nam June Paik’s German friend, Mary Bauermeister, who I met in Germany. A famous artist herself, she told me a lot of interesting, untold stories about Nam June Paik during his time in Germany. She also provided me with pictures she took with Nam June Paik that were published in my book, Paik Nam June.

4. Finally, what is Nam June Paik’s biggest strength that makes him so unique as a modern artist? What would be the most appealing aspect of him to the international audience? What is the message that we can take from him and his art today?
Although Nam June Paik was born in Korea, his artwork had the universality that enabled it to communicate with audiences beyond borders. It is also the reason why South Korea can present Nam June Paik to the world without hesitation. I think the most appealing aspect is his innovative spirit to creating new realms of art. That spirit is the foundation for his creation of ‘Video Art’ utilizing televisions and recordings. With this innovative spirit, near his death, he also created artwork involving laser beams. This tireless spirit is the essence of Nam June Paik’s world of art . His entire life radiated the need for innovation that could break old concepts to create great works and achieve goals that were never achieved before.