July 15, 2021 ㅡ Asia Society Korea invited H.E. Yasmin D. Amri Sued, the Rwandan Ambassador to the Republic of Korea, to examine the most salient of issues impacting Seoul and Kigali. "One of the next-generation leaders of Africa" according to the African Leadership Institute, Ambassador Yasmin Sued is someone who brings plenty of experience in both the public and private sectors. A business-woman-turned-diplomat, she sat down with Asia Society Korea Executive Director Yvonne Kim to discuss everything from Rwanda's dual national holiday to the country's blossoming tech scene to its crème de la crème coffee culture. 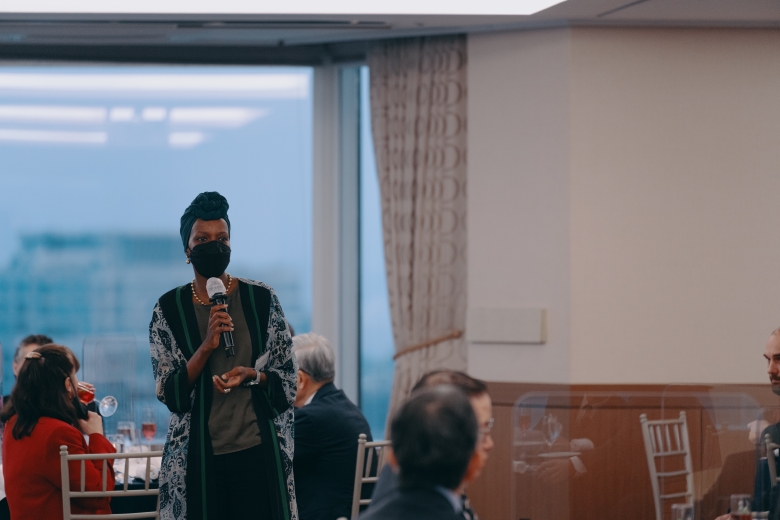 H.E. Yasmin D. Amri Sued speaks at the New Ambassadors Welcome Dinner on May 31, 2021. The Rwandan ambassador was one of the seven new heads of mission introduced that evening at Asia Society Korea's dinner event held in the Lotte Hotel Seoul. 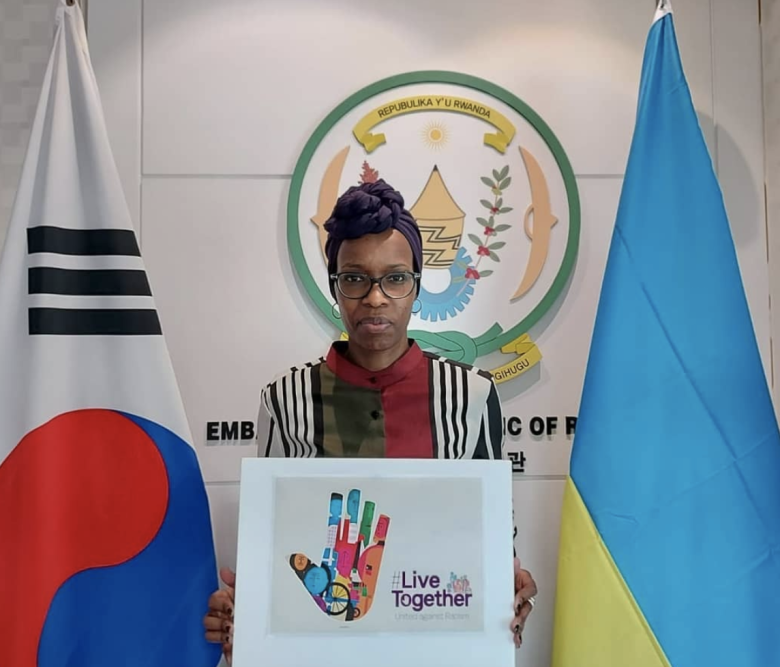 H.E. Yasmin D. Amri Sued, Ambassador of Rwanda to the Republic of Korea, posed for a photo on May 27 as she joined the #LiveTogether campaign — an anti-discrimination social media initiative jointly organized by the South Korean MOFA and UNESCO to fight racism and discrimination around the world.

About H.E. Yasmin D. Amri Sued, Rwandan Ambassador to the Republic of Korea

Ambassador Yasmin D. Amri Sued has been designated as the Rwandan Ambassador to Korea since 2019. She has been a diplomat at the Rwandan mission in the United Arab Emirates. Prior to her service at the Ministry of Foreign Affairs which began in 2015, Ambassador Amri Sued built various experiences in the private sector. Her previous careers include Marketing Services Manager for Millicom International Cellular (2014-2015); Brand and Communication Manager, Millicom International Cellular (2013); Marketing Department, Airtel Rwanda (2012-2013); Independent Consultant (ES Partners); Country Manager, Creative Eye Rwanda (2009-2012); Brand Manager Consultant, DALILA (2008-2009); Strategist and Business Development, CreaXion (2007-2008).
She received a BA in economics from the Universite Libre de Bruxelles in Belgium (1997-2002).