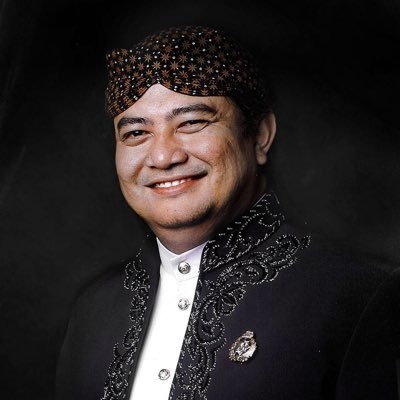 1. What was the most memorable event during your tenure as the Indonesian Ambassador to Korea, in regards to strengthening diplomatic relationship between the two nations?

I arrived here on May 10 of 2017. I remember this specifically because it was an election day in Korea. I was very lucky for having the honor to be among the first ambassadors to receive credentials from President Moon Jae In. I relayed President Jokowi’s invitation to President Moon to visit Jakarta, and by November he was already in Jakarta. In return, by September of the following year, President Jokowi visited Seoul.

I think the most memorable event was when I suggested that President Jokowi and I take a walk together during his visit in Seoul, and we did. We walked up to the Chunggyecheon stream, where we were greeted by the mayor of Seoul. President Jokowi asked whether he could replicate the concept of the stream in Jakarta, and Mayor Park agreed to that. As a result, a pilot project is now underway to revitalize parts of the streams in Jakarta.

2. Indonesia is rapidly rising as a major economic powerhouse in Asia. Experts expect the Indonesian economy to be the 7th largest in the world by the year 2030. Does the ambassador have any suggestions for the young startup teams that are hoping to launch their models in Indonesia? How should prospective companies approach the Indonesian market, which is diverse in culture, religion, and lifestyles?

For Korean investors and businesspeople willing to work in Indonesia, the embassy is currently providing a one-stop service for the business community of Korea. Whether it be trade, investment, business collaboration, or pitching a portfolio, the embassy provides relevant services free of charge.

As you mentioned, the Indonesian market is showing great potential. There are more and more younger people coming onto the scene, who are very open-minded and fluid. I understand that in the past, in terms of work ethic, there was a difference between Indonesians and Koreans, where the typical Korean ‘fast fast’ method of working boded not so well in Indonesia. Now it is not the case. Younger Indonesians prefer to work at a faster pace. Bear in mind that 55% of Indonesians are below the age of 25, which is a very young demography. This generation has parents with a better level of education, who are more knowledgeable about nutrition and a healthy lifestyle. This generation is also a lot more interconnected through the internet and social media, and has better access to education and health services.

Hence, we have high hopes, but it is not without any challenges. We must make sure that the current young generation receives proper education and training, so that their skills match the demands of current industries. Coordination between education and employment is important. Furthermore, creating more jobs is important.

3. Those are very interesting remarks. With such quickly evolving markets, what type of industries are growing in Indonesia nowadays?

That is a very interesting question. Data suggests that the Indonesian economy is shifting from manufacturing to services. The lifestyle industry is one of the biggest magnets for young employees. Small businesses such as cafés spring up every day in Jakarta. Fashion, film, and art industries are also exponentially growing. For example, CGV started its investment and business there five years ago. Now there are already over 50 CGV cinemas across the country, along with films produced by CGV. Lotte Cinema also began its services in Indonesia, with the goal of opening up at least 50 cinemas over the next five years. These are all indicative of the growing purchasing power of the middle class in the nation.

Education and training-related industries are also growing. The digital economy is big. There are now four digital unicorns in Indonesia. Korean businesses are aware of the potential of the Indonesian market, and are acting accordingly. Hyundai Motors, for example, has already invested USD 250m.

The market is quite exhilarating, exciting, and challenging. The Indonesian Government is well aware of this momentum and is launching relevant projects to expand development to other regions of the nation. President Jokowi has been specifically working on an initiative called the ‘Smart Indonesian Card’. The card is mainly distributed to poor families in Indonesia. With this card, children of these families are guaranteed access to education and textbooks free of charge.

Also, over the past five years the government has been heavily investing in infrastructure projects, such as new airports, seaports, express roads, and railroads across all regions of Indonesia. This has been very profitable for the economy. For example, in the past, it was very difficult to ensure that the price of goods was the same between Jakarta and Papua, because of the logistical cost. But now, with the massive infrastructure upgrades connecting the nation, we can have practically the same price for goods everywhere in Indonesia.

Absolutely. The demand for Korean pop culture is still very consistent in Indonesia. One example of this is the growing number of Indonesian tourists visiting Korea. From teenagers to grandmothers, they visit Korea because they are attracted by its culture.

Now we are working hard on boosting the number of tourists from Korea to Indonesia. I recently released a film that I co-produced called ‘Bali: Beats of Paradise’ in April. The film depicts the beauty of Bali beyond its famous beaches and scenery. We received a very positive response from Korean viewers.

The strongest point of Indonesia as a tourist destination lies with its cultural diversity. It’s not only about its beautiful scenery. There are diverse cultural expressions from one island to another.

For example, many Korean men visit Indonesia for golfing. To them, I recommend scuba diving as an alternative experience, which is an activity that allows you to explore the rich marine ecosystem of Indonesia.

5. There are many Indonesians employed in Korea at the moment. How is the Indonesian Embassy in Korea assisting these workers?

Currently we have about 36,000 Indonesian workers in Korea. They go through the EPS employment permit system, which is a bilateral agreement that allows workers to receive the same treatment and rights as Korean workers. The initial contract is for three years, but it can be extended up to four years and ten months. After that, the workers have to return home, but they will have the opportunity to reenter Korea once more and work up to four years and ten months with an extension.

Here, we are talking about very young workers from small, marginalized villages of Indonesia. These men and women, who have never been abroad let alone Jakarta, work in small and medium-sized factories in Suwon while earning huge sums of money compared to the Indonesian economy. It is difficult for these people to go back home and find a job that would pay as much.

So the embassy tries to empower these workers while they are in Korea, to motivate and inspire them on the prospects and opportunities back in Indonesia. Whether it be entrepreneurship, or working for a Korean firm in Indonesia, the embassy provides practical information on finance and business, along with networking.

6. When you first arrived in Korea, every issue in the media revolved around North Korea. How does the Indonesian general public feel about the nuclear tensions on the Korean peninsula?

In Indonesia, there is a strong sense of urgency on nuclear deterrence. Indonesians believe in a world free of nuclear weapon, where up to this day there aren’t any regular nuclear reactors installed in the country. The debate on nuclear technology has been going on since the 60s and is still very much alive.

So naturally, the public is very interested in the nuclear affairs on the Korean peninsula. From history, we know that our Western counterparts have coined the terms differentiating ‘East Asia’ and ‘Southeast Asia’. However, we always consider East Asia as our immediate neighbors. Hence, whatever happens on the Korean peninsula is important to us. Right now, we have the best opportunity to mend the relationship between the two Koreas. I believe there hasn’t been another moment in history over the past 40 years where the probability of a peaceful resolution was so tangible on the Korean peninsula, and Indonesia is always willing to help in any way we can.