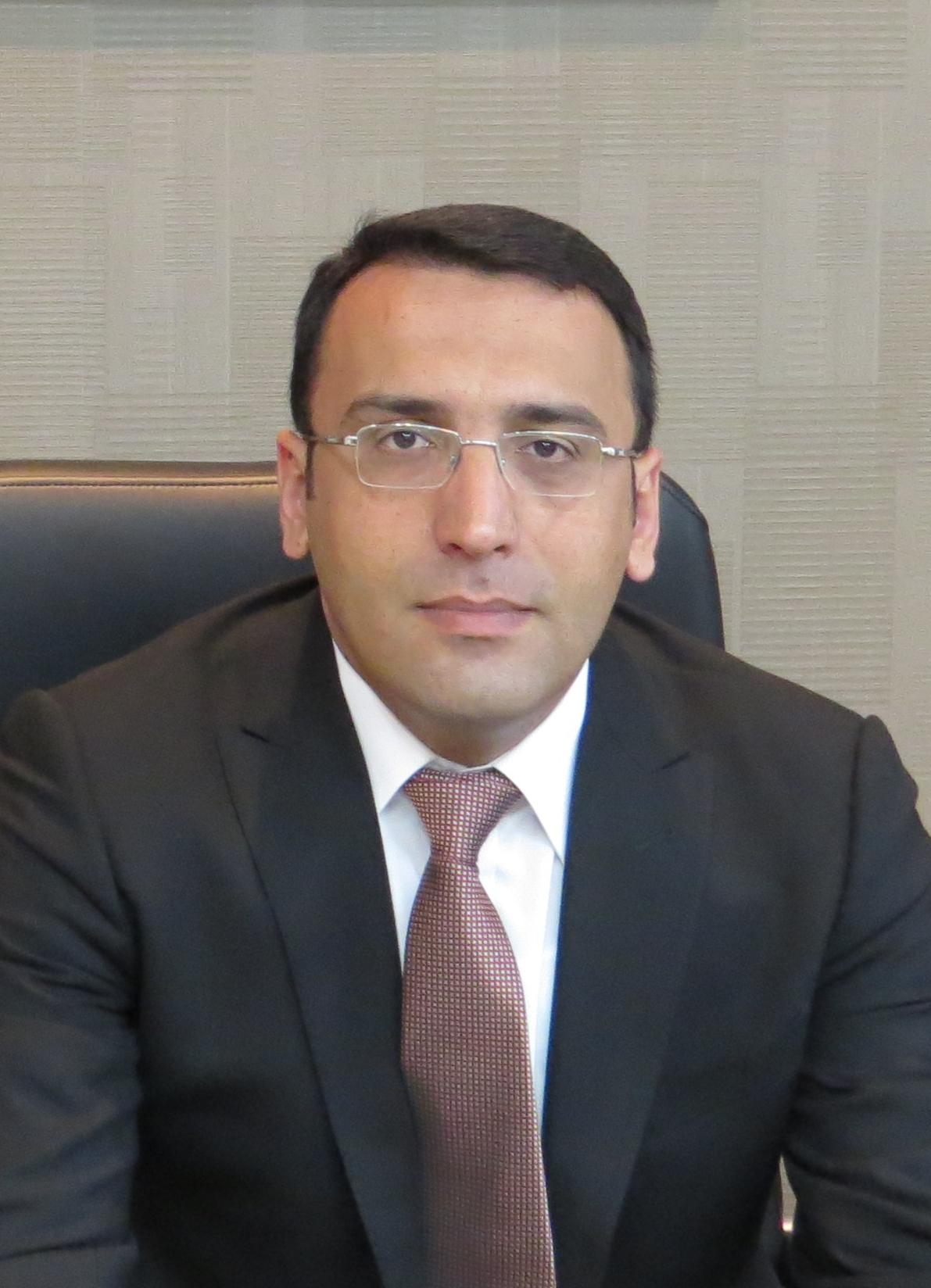 The Republic of Azerbaijan, also known as Odlar Yurdu (The land of fire) celebrated its 100th anniversary this year. Asia Society Korea caught up with Ambassador Ramzi Teymurov to discuss how he has adjusted to Korean life while becoming acquainted with the customs and culture over the past five years.

1. Happy 100th Anniversary. It has been over five years since you first came to Korea. Could you describe your life here briefly?

Before answering your questions, let me convey my appreciation to Asia Society Korea and your magazine for this interview.

The year of 2018 is indeed very remarkable for my country, as 100 years ago our ancestors established first ever democratic republic in Muslim East – Azerbaijan Democratic Republic (ADR). ADR as the first parliamentary democracy with a republican form of governance in the Muslim world was also the first model of a democratic secular state based on the rule of law all over the East, including the Turko-Muslim world.

ADR was a pioneer that combined both European democratic values and the abundant cultural heritage of the East in one entity. All citizens of ADR were granted the right to vote regardless of their ethnic and religious affiliation. Thus, granting of women with the right to vote must particularly be noted, as it happened the first time in the Islamic World and even before some Western democracies.

Although on April 28, 1920, the red army invaded Azerbaijan, the idea of a free Azerbaijan never wavered. In its short period of existence, the ADR returned national consciousness to the Azerbaijani people, and following the collapse of Soviet Union Azerbaijan regained its independence on October 18, 1991.

I would summarize my past 5 years of presence in Korea as one of the most interesting, diverse and rich of professional experienced pages of my lifetime. Me and my family enjoyed a lot with our presence in your beautiful country. We enjoyed Korean culture, cuisine & beautiful nature while managed to gain many Korean friends. I must emphasize that friendship environment is very essential for foreigners to get easily adopted to the new society. In that term I should say that we were lucky to meet with so many Korean friends that helped us a lot to discover the beauty of Korea.

2. As a foreigner, what was the most interesting or intriguing aspect of Korean culture that you noticed?

I should say there are a lot of cultural aspects of Korea that I found interesting. Especially I must emphasize how highly Korean people value and respect their culture and history. Wherever I visited in Korea from Seoul all the way to Jeju, I observed a lot of Koreans are visiting historical and cultural places, such as temples, tombs and museums. I believe this is very important aspect for a country in terms of protecting and respecting its own historical & cultural heritage. Other than that, I have to emphasize variety and colorful traditional Korean dress-hanbok, and rich Korean cuisine culture are also very interesting.

3.  Azerbaijan and Korea must be very different in many aspects. Is there anything in common that you find interesting?

I would say Azerbaijan and Korea share many common values rather than having differences. First, the languages of both countries are in Altaic language family. That means Korean vocabulary has many words that have a Turkic-Azerbaijani language root. Beside this, paying respect to the elders, setting the family units as an integral part of life, presenting the Patriarchal lineage and linking ancestors through the husband’s line, bearing extra responsibility to the family by eldest son, eating seated on the floor and many other examples are proof of sharing common values.

Since Azerbaijan is located in the center of Eurasia and as a country of mix Asian-European culture we find Korean culture similar to ours and therefore, I consider Azerbaijan and Korea as a country that stores common culture and society aspects.

4. What are some aspects of the culture of Azerbaijan that you hope to promote here in Korea?

I don’t want to specify one or few aspects of the culture of my country, since promoting Azerbaijani culture as a whole in the Republic of Korea is one of many activities of our Embassy and I believe the Embassy is successfully implementing this mission since its establishment.

Up to date we have conducted several events for promoting Azerbaijani culture, including Silk Road Festival, Turkic Culture Festival, Azerbaijan Culture Days, Azerbaijan Film Festivals, where we introduced Azerbaijan’s culture to Korean public. We were part of many international film festivals, demonstrating best awarded films of Azerbaijan which were met with great interest. We jointly organized Azerbaijan - Korea Fashion Show of national dresses and have introduced samples of Azerbaijani cuisine in different platforms, including National Day receptions, Azerbaijan Days and Food Festivals organized by Government organizations and cultural centers. In that sense I would like to use this opportunity to convey our great appreciation to our First Lady Madam Mehriban Aliyeva in her capacity as chairperson of Azerbaijani Culture Friends Foundation and the Ministry of Culture of Azerbaijan as well as Seoul-Baku Azerbaijan-Korea Cultural Exchange Association for their tremendous supports to the promotion of Azerbaijan culture in Korea.

As this year we celebrate 100th anniversary of Azerbaijan Democratic Republic, on this occasion the Embassy organizes series of events one of which is “Azerbaijan Carpet Exhibition” jointly to be organized with the Korea Foundation on November 15-December 15, 2018. For your information “The Art of Azerbaijani Carpet weaving” Inscribed in 2010 on the UNESCO Representative List of the Intangible Cultural Heritage of Humanity. This event allows Koreans to witness rich art of Azerbaijani carpet weaving that represent different schools which vary for their colors and patterns.

Another project initiated by the Embassy dedicated to the 100th anniversary of Azerbaijan Democratic Republic is the launch of the Korean translation of the “Selected works” of great Azerbaijani poet Bakhtiyar Vahabzade by the end of this year.

Understanding that the cultural exchanges are the most effective instrument in bilateral relations, we are working and will continue to work hardly on promoting rich and multifaceted culture of Azerbaijan in Korea.

5. Azerbaijan is becoming an increasingly popular tourism spot. What places would you recommend and why?

Azerbaijan is a country of rich cultural and historic heritage. One of the major resources of Azerbaijan is its natural diversity. Azerbaijan has 9 climatic zones out of 11 existing in the world ranging from humid subtropical climate to semi-arctic. This creates unique opportunities for tourism. Azerbaijan benefits from its favorable location at the crossroads of Eurasia. Six international airports with direct flights to major European as well as Asian cities, as well as the biggest port on the Caspian Sea operate in Azerbaijan.

First, I would recommend the Ichari Shahar of Baku or the Old City surrounded with walls, with narrow lanes and streets flanked by ancient houses, mosques of architectural grace and enduring beauty including the Palace of the Shirvanshahs’ and Maiden Tower are a testament to Azerbaijan’s rich history has been included into UNESCO World Heritage List. The Majestic and stately, Maiden Towers, the symbol of Azerbaijan on the banks of Caspian Sea is an imposing testimony of the capital’s glory. A masterpiece of Old City architecture is the medieval residence of the rulers of Shirvan, the Shirvanshahs´ Palace of 15th Century.

The Ateshgah temple of Fireworshippers and Gobustan Rock Art Cultural Landscape are the two of the most visited places by Koreans. The Ateshgah temple of Fire Worshippers is formed of a central chapel surrounded by 26 cells used for praying, meditation and guests’ rooms. The Gobustan plateau is a site of outstanding marvelous rock images carved on hill faces in pre-historic times. This archaeological site hosts remains of inhabited caves, settlements, flora and fauna. UNESCO has instituted this place as a World Heritage Site with 6,000 odd pieces of pristine rock art of Gobustan dated to over 40,000 years back.

Designed by Zaha Hadid, designer of the Dongdaemun Plaza, Heydar Aliyev Center is one the most popular example of the most visited modern architecture of my country. The Heydar Aliyev Center is a 57,500 m2 (619,000 sq ft) building complex in Baku, noted for its distinctive architecture and flowing, curved style that eschews sharp angles. The center is named after Heydar Aliyev,National Leader of Azerbaijan.
The foreign tourists who are more interested on historical monuments and places may also visit Shaki, Gabala, Ganja and Nakhchivan regions of Azerbaijan that includes magnificent historical architectures such as Shaki Khan’s Palace, Juma Masjid, Nizami Ganjavi Mausoleum, Momina Khatun Mausoleum and etc.

For those who are more interested in beautiful nature, sightseeing and skiing, I would to recommend visiting Guba, Gusar, Gabala, Shamakhi and Ganja regions of Azerbaijan.

6. What are your expectations for future Azerbaijan-Korea relations? (In terms of politics, economics, culture, etc.)

Azerbaijan and Korea have strong mutual relations especially in business sphere. Many Korean companies are actively engaged in designing and implementing huge projects in Azerbaijan. However, the current world economic situation also highly affected to the trade relations between Korea and Azerbaijan. Today, Azerbaijan is mostly importing electrical machinery, vehicles, computers and equipments from Korea. But the export from Azerbaijan is consist of precious metals, juices, bedding items and others. We hope the trade volume will increase with the kind efforts of our governments in 2018.

At the same time, the economic conditions and the geopolitical situation of Azerbaijan made its market very attractive to foreign especially Korean companies. Azerbaijan has free trade agreement with neighbor countries and open to more than 200 million populated market. Azerbaijan plans to encourage Korean large-scale investments not only in energy sector, but also in infrastructure projects, including construction of highways, railways and development of information technologies and agricultural sphere. Should be emphasized that Azerbaijan is ready for cooperation not only with largest Korean enterprises, but also with medium and small companies.

I also believe that exchange of high level of visits between two countries will also promote business and investment opportunities for state and non-state entrepreneurs in both countries and will also create new perspectives for future development of relations in all other fields.