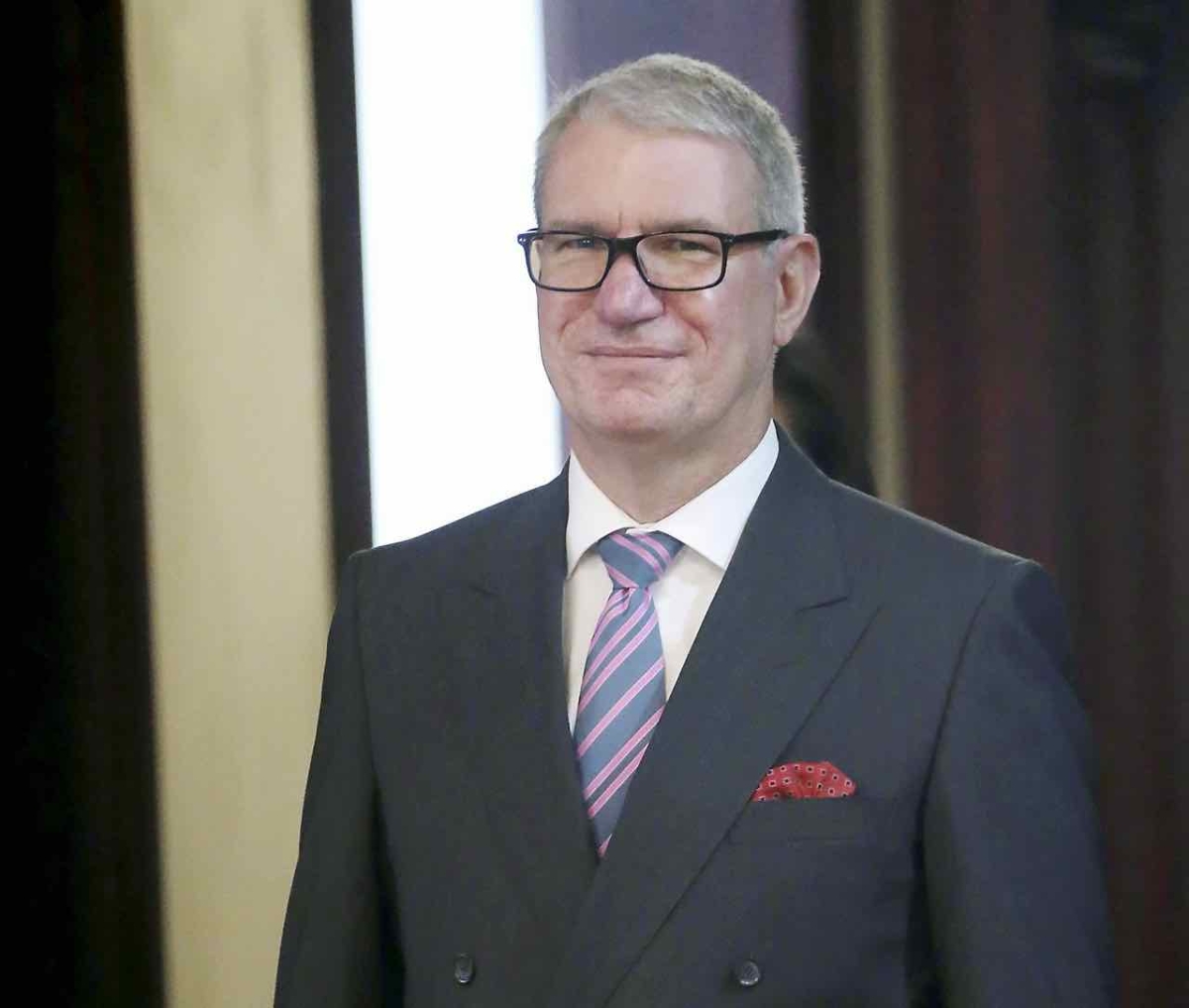 Following 24 years of diplomatic relations, Latvia finally opened its official residence in September 2015 to become the newest embassy here in South Korea. His Excellency Peteris Vaivars, appointed as the first ever residing ambassador to Korea, caught up with Asia Society Korea's Matthew Fennell to talk about his first few months in the role and what the embassy hopes achieve in the future.

The Latvian Embassy opened in Korea in September 2015 and is the newest embassy here in Seoul. How have the first 18 months been?
Now that we have been in Seoul for more than a year, I can say that it has been an incredibly busy period for us. Initially, we were very active with the administration issues that come with establishing an embassy in Korea; while at the same time still carrying out our diplomatic duties. Most of all, we have spent a lot of time networking and developing contacts to promote Latvia, our businesses, culture, tourism, and so on. Being a very small embassy with just two diplomats has been quite tough at times. However, I am both happy and proud to have been appointed as the first residing Latvian Ambassador to Korea, and I look forward to building good relations with Asia Society Korea.

Why were diplomatic relations between Latvia and the Republic of Korea only established in 1991?
The Latvian state was declared an independent country in November 1918 and next year will mark our 100-year anniversary. Between 1918 and 1940, we experienced a period of rapid and fruitful growth as an independent European country. Unfortunately, our history has not always been bright, and because of the illegal dealings between two totalitarian regimes - Stalin's Soviet Union and Hitler's Nazi Germany - a pact was concluded which left Latvia under Soviet occupation from 1940 until 1991. It was only after the collapse of the Soviet Union in 1991 that our nation regained independence and only then were we able to start diplomatic relations with Korea.

Why did it take 24 years to establish an embassy in Seoul?
After independence in 1991, we had to build our diplomatic network from scratch. Although 24 years may seem like a long time, one should understand that this is a very costly and difficult exercise, especially for a country of our size; Latvia is around two-thirds the size of Korea with a population of only two million. We have had to build and organize new embassies one step at a time. Currently, we have expanded our diplomatic presence to different regions of the world, with Asia being particularly important for our economic interests. In the last three years, we have opened embassies in New Delhi, Abu Dhabi, and Seoul.
There is another reason why it took so long to open an embassy here in Korea. In diplomatic relations, reciprocity is imperative. The Korean Embassy in Riga, the capital of Latvia, was only opened in 2014 - a year before we opened our embassy in Seoul. As a Charge d'Affaires currently heads the embassy in Latvia, we are hoping that an ambassador will be appointed soon to facilitate further cooperation between our two like-minded countries.

What are some aspects of Latvian cultural that you hope to promote here in Korea?
While many Latvian customs are familiar in Korea, most Koreans do not associate them with Latvia; for example, Christmas tree decorations. Evidence shows that the adornment of the Christmas tree originated in Latvia; trees were first decorated by German merchants in Latvia more than 500 years ago. This tradition can now be seen all around the world, but Koreans do not know where it originated from, although they do know that Santa Claus is from Finland. Another Latvian custom that is popular in Korea is the wearing of jeans. This item of clothing, so common in so many countries, was invented and designed by Latvian Jacob Davis who emigrated to the US at the end of 19th century.
We are also very proud of our long list of Latvian musicians, such as world-renowned conductors Mariss Jansons and Andris Nelsons, violinist Gidons Kremers, ballet dancer and movie star Mikhail Baryshnikov, modernist painter Mark Rothko, and opera singers Elina Garanca, Kristine Opolais, and Marina Rebeka. In Korea, the famous song "A Million Roses", sung by Shim Soo-bong, was composed by Latvian Raimonds Pauls.
We are working hard on cooperation to help showcase Latvian culture. In a few weeks, we will be organizing a large tourism seminar to promote three Baltic States to Korea tour agencies. Many Latvian artists will also visit Korea; for example, Gidon Kremer and Kremerata Baltic will play at the Seoul Art Center on May 31st and several Latvian dance groups will attend various festivals across Korea this year.

What are your hopes for Korean-Latvian relations in the future?
While Latvia is known as one of the three Baltic States of Northern Europe, we do have our unique language, history, religion, and culture. I feel that Koreans know very little about Latvia and at the same time, Korea is not well-known to Latvians. Therefore, both embassies must cooperate with each other to increase the level of recognition between the countries. I believe that tourism is the most important aspect in promoting this knowledge and understanding.
Additionally, we would like to focus on building cooperation through economics and trade. Latvia is famous for its wood and timber, interior design, fashion, cosmetics, pharmaceuticals, and of course food. We think that Korea would benefit hugely from access to Latvian products. We are trying very hard to facilitate business relationships between our companies to bring many Latvian goods and products into the country. Latvia recognizes Korea as a highly advanced and technological country so any inward investment from Korean companies would be beneficial. Korean technologies can boost Latvian industries while opening the door for Korean businesses in Baltic, Scandinavian, and other markets.