Interview with H.E. Nabeel Munir, Ambassador of the Islamic Republic of Pakistan to the Republic of Korea | Asia Society Skip to main content

Interview with H.E. Nabeel Munir, Ambassador of the Islamic Republic of Pakistan to the Republic of Korea

April 18, 2022 — Ambassador of the Islamic Republic of Pakistan to the Republic of Korea, H.E. Nabeel Munir, talks to Asia Society Korea about his new life in Seoul and the historical ties, present collaborations, and future projects between the two countries. The interview highlights the economic opportunities for Korean companies in Pakistan, the potential for developing religious tourism, and how the ambassador and 13,000 Pakistanis living on the peninsula spend their free time eating Korean food and playing cricket. 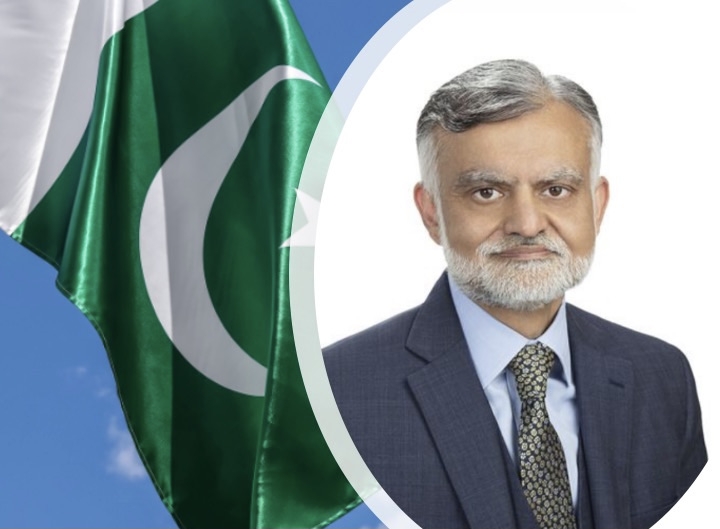 1. Diplomatic relations between Pakistan and South Korea were officially formed in 1983. How has the relationship developed over time?

People of the two regions have been interacting with each other for centuries. This began in 384 A.D. when Monk Maranantha brought Buddhism to the ancient kingdom of Baekje from Swabi in Pakistan.

More recently, Pakistan supported an independent South Korea, promoted South Korea's first democratic elections, and offered assistance during the Korean War. Korea and Pakistan also recently collaborated on the aptly named "Operation Miracle," which saw the evacuation of Afghan nationals and their safe arrival in Korea last year. This effort was a testimony to the trust and cooperation between the two countries.

Korea and Pakistan remain actively engaged in various fields such as climate change, cultural exchange, and information technology. Many Korean investors are also interested in the Pakistani market, investing over $39 million last year alone. The 13,000 Pakistanis in Korea also contribute invaluably to the Korean economy to further solidify relations.

2. In what sectors of the Pakistani economy can Koreans potentially invest?

With a $347 billion economy, a youthful population of 220 million, a location at the crossroads of South and Central Asia and the Middle East, and investor-friendly policies, Pakistan is open for business.

Korean companies already operate in Pakistan in diverse sectors. Daewoo, Samsung, Lotte, LG, Hyundai, and Kia are household names in Pakistan. While Korean companies are welcome to invest in any sector, food processing, the automotive industry, I.T., hospitality/tourism, textiles, housing and construction, and logistics are areas in which Korean companies enjoy a competitive advantage.

3. If Koreans invest in Special Economic Zones and CPEC projects, what benefits can they receive?

The 16 designated Special Economic Zones (SEZs) offer lucrative incentives for investors. Korean companies are welcome to start businesses in established SEZs or develop a Korean SEZ anywhere in Pakistan. Benefits include a one-time exemption from customs duties and taxes for all capital goods imported into Pakistan for the development, operations, and maintenance of the SEZ. Businesses also receive exemptions from all income taxes for ten years and can repatriate profits without any conditions or restrictions.

Similarly, the China-Pakistan Economic Corridor, a game-changing development of the Belt and Road Initiative, is open for third-party collaboration.

4. Pakistan possesses many historic Buddhist religious sites. Do you think there is potential for the development of religious tourism between the two countries?

I see tremendous untapped potential for the development of religious tourism between Pakistan and Korea.

Monk Hyecho was the first monk to visit Pakistan in the 8th century, and we welcomed Venerable Wonheang, the President of the Jogye Order, to the country in 2019. This recent visit gave momentum to our already expanding cultural ties, and we are planning to hold joint cultural events with Buddhist organizations throughout Korea. We will launch a documentary on Buddhist sites in Pakistan to further promote Pakistan as a destination for religious tourism.

5. You have been in Korea for just a short time. What are your first impressions of the country?

I arrived in Korea just over a month ago and have settled down comfortably in Seoul. With spring in the air and cherry blossoms blooming around the city, it has been a very enriching experience so far. Korea is a developed, technologically advanced, and culturally diverse country steeped in history. I look forward to experiencing Korea's beauty and diversity from both a personal and professional point of view.

6. How much is known about Korean culture in Pakistan, and how can we promote cross-cultural understanding between the two countries?

With the advent of K-Pop and the ever-increasing popularity of Korean T.V. shows, Korean culture is a known commodity in Pakistan. This is especially so among Pakistani youth, who have a particular interest in BTS.

However, there is still a lot that can be done to introduce Korean culture at the grassroots level. I look forward to working with the Korean Embassy in Islamabad to evolve plans and organize events in Pakistan to accomplish this goal.

7. How are you finding the differences between Korean and Pakistani cuisine? Do you have a favorite Korean food? And what Pakistani dishes do you miss?

The one common thread between Pakistani and Korean cuisine is that they both use lots of spices. So far, my experience of Korean cuisine in Seoul is limited, but dakgalbi and jjimdak are two dishes I enjoy.

There are quite a few Pakistani restaurants in Seoul, and people can get almost all the ingredients of Pakistani cuisine here, so there isn't much I miss. I would, however, not mind a good serving of steaming spicy Nihari.

8. Cricket isn't a popular sport here in Korea like in Pakistan. Are there opportunities for Pakistanis living in Korea to play cricket, and do you enjoy the game yourself?

I am a big cricket fan, and I not only love watching the game but also playing it. There are few proper facilities for playing cricket in Korea, but cricket enthusiasts from Pakistan create make-shift venues and thus promote the game in their own way. You can take a Pakistani out of Pakistan, but you cannot take their love of cricket out of them.

9. You are a regular columnist for Dawn, the largest and oldest English language newspaper in Pakistan. What are some Korean topics that you would like to write about, aside from politics?

I would like to write about Korean culture, society, and tourism during my time in Korea. These are fascinating issues and writing on them would be a journey of discovery for me and my readers.

H.E. Nabeel Munir, Ambassador of the Islamic Republic of Pakistan to the Republic of Korea

He has a Master’s degree in English Literature and is married with two children.