Interview with H.E. Maria Theresa B. Dizon-De Vega, Philippine Ambassador to the Republic of Korea

November 12, 2021 ㅡ Asia Society Korea continues its Ambassador Series with H.E. Maria Theresa B. Dizon-De Vega, Philippine Ambassador to the Republic of Korea. Sharing her insights for bilateral relations between South Korea and the Philippines, she sat down with Asia Society Korea Executive Director Yvonne Kim in an interview that covered a wide range of issues including defense, economy, media, culture, and sports. 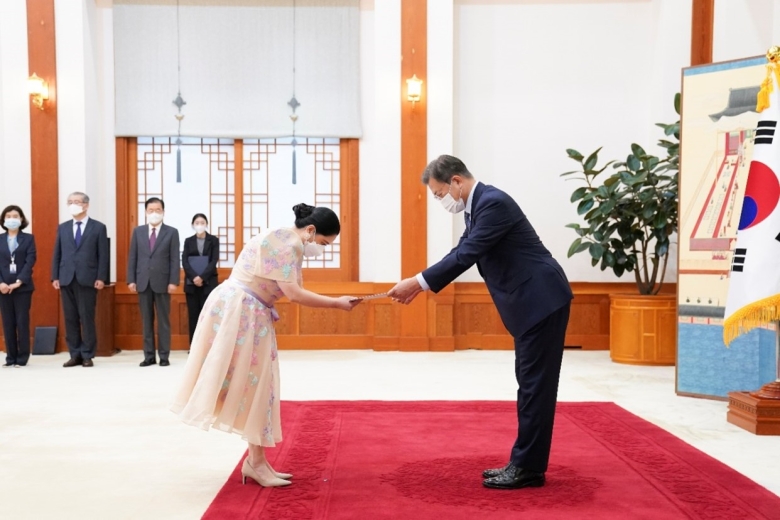 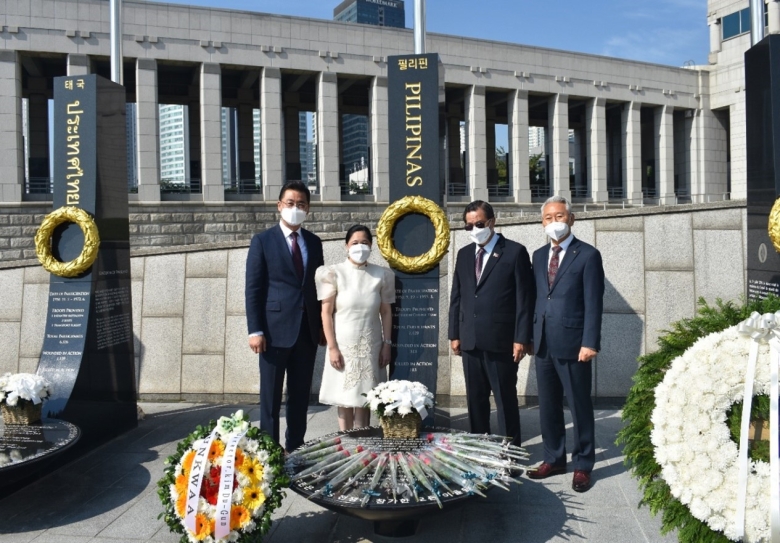 (From Left to Right) Chairman of the UN Korean War Allies Association (UNKWAA), Mr. Dugun Kim, Ambassador Maria Theresa B. Dizon-De Vega, Undersecretary of the Philippine Department of National Defense, Cardozo Luna, and President of the War Memorial of Korea, Mr. Lee Sang Chul, during the commemorative wreath-laying on the occasion of the 71st Anniversary of the Philippine Expeditionary Forces to South Korea (PEFTOK) at the Korean War Memorial on 22 October 2021. 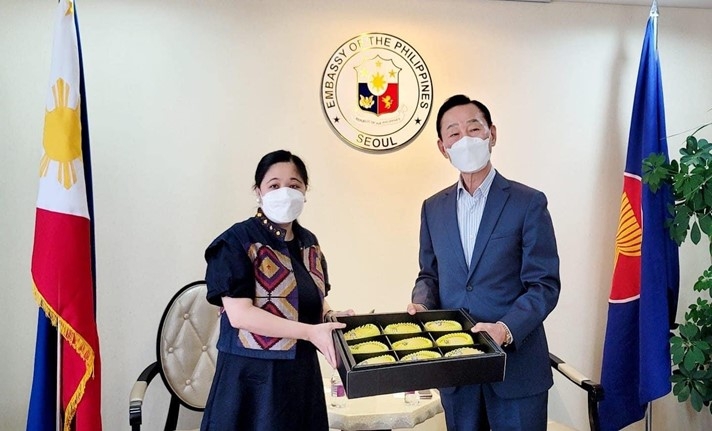 H.E. Maria Theresa B. Dizon-De Vega, Philippine Ambassador to the Republic of Korea

Ambassador Dizon-De Vega is a career diplomat with over 25 years of experience serving in different parts of the world has roots in Porac, Pampanga, Capas, Tarlac, and Bangued, Abra. She joined the Department of Foreign Affairs after placing 1st in the Foreign Service Officers Examination in 1994. She has since served in various offices in the DFA as well as foreign postings in Mexico (as Third and then Second Secretary and Consul), Hong Kong SAR, China (Consul), the United Kingdom (Minister and Consul General) and New York (Deputy Consul General and Manager, Philippine Center New York), USA. She most recently served as the Philippine Ambassador to the Federal Republic of Germany

She likewise obtained her Juris Doctor Degree (JD) from the Ateneo de Manila University School of Law and passed the Philippine Bar in 2000. She has a Graduate Diploma in China Business Law (with Distinction) from the University of Hong Kong. She was a fellow of the Centre of Asian Studies of the University of Hong Kong in 2008 and published a study on “Harnessing Remittances for Development: the Philippines and Indonesia.”

Ambassador Dizon-De Vega is the recipient of various awards and decorations conferred by past Presidents of the Republic of the Philippines including the Order of Sikatuna-Rank of Dakilang Kasugo (Gold Distinction), Order of Lakandula-Rank of Pinuno (Officer), and Gawad Mabini-Rank of Dakilang Kasugo (Commander). She was likewise conferred by the Government of the Kingdom of Spain with the Medal of Civic Merit (Isabela La Catolica) for services rendered during official and high-level visits of Philippine Delegations to Spain.

She speaks Spanish, French, and Kapampangan in addition to English and Pilipino. She is married to Eduardo Jose A. de Vega, currently the Philippine Ambassador to Belgium and Luxembourg and Permanent Representative to the European Union. They have a daughter, Montserrat.