Interview With H.E. James Choi, Ambassador of Australia to the Republic of Korea | Asia Society Skip to main content

Interview With H.E. James Choi, Ambassador of Australia to the Republic of Korea 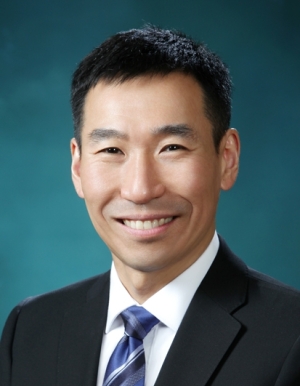 March 31, 2017 - The Korea Center has always received fantastic support from the Australian Embassy in Seoul, developing a particularly strong relationship in recent years. While we were sad to say goodbye to former H.E. Bill Paterson last fall, we are very happy to welcome his successor to Korea, H.E. James Choi. After arriving in December, Ambassador Choi became the first ever Korean-born Australian to assume the position since the two countries established diplomatic ties in 1961. Asia Society Korea caught up with Ambassador Choi to discuss his first few months in office.

1. You migrated to Australia from Korea when you were only 4 years old. Do you have memories of your early years in Korea, and how does it feel to be back?

I still have vivid memories of my childhood years in Korea. My father was a helicopter pilot in the Korean army, so we moved house quite frequently. While it must have been difficult for my mother, I enjoyed the sense of adventure when we moved from city to city.

For some reason, my family's stay in Kwangju remains clear in my memory. I think it was due to the friendliness and warmth of our neighbors at the time.

Aside from my early childhood years, I've visited Korea many times for work and holidays. I was posted to Korea as a junior officer at the Australian Embassy in Seoul from 1995-1997. So there is a sense of homecoming - or a sense of belonging - in returning to Seoul. I feel very much at home in Seoul.

2. How much of an honor is it to be the first-ever Korean-Australian to take up the role of Ambassador to Korea?

It is a privilege to be appointed as the Australian Ambassador to Korea. There is no greater honour than to represent one's country. I am also proud of my Korean heritage so it is wonderful to be posted to the country of my birth.

I think my appointment reflects the strength of Australia's multicultural society. We welcome people from around the world and draw on their talents and contributions.

3. Your previous posting was as an Australian Ambassador to Denmark. Have you encountered any culture shock or challenges in settling here in Seoul?

It's been an easy adjustment to life here. Being able to speak Korean does help, as does an understanding of Korean culture and history.

The greatest challenge has been grasping the significant changes in the city. I recall the wonderful little Hanok houses and restaurants lining Pimatgol behind Kyobo Building, which are no longer there. I was disappointed to find that my favourite Kal-guk-soo restaurant has disappeared. In its place is a large new office building.

But with change comes the new. Wonderful new architecture proudly graces the Seoul skyline. And Seoul now has a great food and coffee culture, even with Australian "flat whites" on the menu. Seoul is so much more diverse and cosmopolitan than the city I experienced 20 years ago.

4. Seoul is a city known for being energetic, vibrant, and dynamic. How have you been enjoying whatever free time you have?

I've enjoyed re-exploring the places I used to frequent 20 years ago - Daehak-no, Hongdae, Apkujong. They are more vibrant than ever. But some things have stayed the same. The beautiful Changdeok and Kyongbuk palaces remain as stately as ever.

As a keen music fan, I'm very interested in exploring Korea's contemporary music scene, from classical to jazz and k-pop. I'll have to see if there are any upcoming Big-Bang concerts!

I intend to travel as much as possible, especially to the regions. I've already visited Chungchongnamdo and Pusan. But I would like to explore more of Korea's regions, especially to understand Koreas's rich history and culture, and the strong sense of regionalism that seems to pervade politics.

5. What are some things that you hope to achieve during your role as Ambassador over the next few years?

My main priority is to maximise the trade and investment opportunities provided by the Australia-Korea Free Trade Agreement (FTA). We've already had some good results since the FTA came into force in 2014, but there's significant scope to enhance our bilateral services and investment relationship.

At this point of great uncertainty in global affairs, especially with China's continuous rise and the increasing isolationist and protectionist policies emerging from the United States and Europe, I believe that like-minded Asia-Pacific countries such as Korea and Australia need to work more closely together to protect the rules-based global order.

As Korea faces an increasingly challenging security environment, I hope to play a role in convincing Korean policymakers of the value of enhancing the Australia-Korea strategic partnership. In these uncertain times, Australia and Korea are natural partners in the Asia-Pacific region.