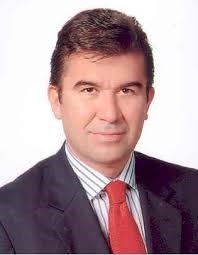 1. You hold an impressive political pedigree, having served in various nations as a representative of Turkey. How has your tenure in Korea been different from your experience in previous posts?

Thank you. As you pointed out, being a diplomat for over 35 years I have traveled and lived in many cities. From Paris to Khartoum, Damascus to Vienna, New York to Brasilia and Seoul, I have served in and explored places that have shaped my thoughts and perceptions in ways that I could not have imagined when I first set out in my career.

Every place has its own character. It is all about how you manage to blend in. Depending on your attitude and outlook on life even the most challenging hardship post might become a place of unforgettable and joyful memories. And to be fair, I can say without a doubt that I have cherished each one of my postings, seeking a good balance between work and leisure. Whenever my expectations fell short, I tried to synthesize happiness concentrating on the positives and always looked for the adventurous side of things.

I came to Seoul as a more senior diplomat. Despite it being my first posting in Asia, I was already familiar with the culture and the region since I had served as Director General of Asia Pacific in my previous tenure at my Ministry.

Korea, being one of the most advanced countries of not just its region but the world is exemplary in many ways. One can derive valuable insights from its economic miracle achieved in merely half a century.

With its deeply rooted culture and traditions, Korea has been a source of inspiration for me to further discover the cultural and historical aspects of the region. I feel highly privileged and honored to represent Turkey in a country that we consider our blood-brother.

2. Research has shown that Turkey and South Korea share the common root language of Ural Altali. The similar structures of the two languages allow Koreans to adopt Turkish easier, and vice versa. Likewise, what other common cultural traits between the two nations may deliver opportunities for enhanced collaboration?

As you mentioned, our excellent relations with Korea date back many centuries when our ancestors shared the same Altaic culture in the steppes of Central Asia. Through marriages and alliances, they established close bonds and learned much from each other. Although time and space have pushed us to evolve in different parts of the world, the essence of our cultures and language remain very similar. This is apparent, in cultural memes such as respect for elders, strong family ties, work ethic, and group bonding. As you mentioned, our languages come from the same Ural-Altaic language family and are grammatically very similar.

Thanks to the longstanding strong ties and the strategic partnership that has been forged between our countries, we are on the right track for deeper and stronger political and economic interactions. There is also a lot of potential for strengthening our people-to-people ties as well, since we share many cultural similarities. To this end, I am gladdened to observe the increasing level of awareness between our peoples as they discover each other’s countries, thanks to the increased frequency of flights.

The solidarity between Turkey and Korea has clearly manifested itself during the Korean War, when many Turkish troops fought and died for their Korean brothers and sisters. During that time Turkish soldiers also established the Ankara School, which took care of Korean orphans. The blood-brotherhood that developed between us is unique. Today, when Turkish and Korean people meet, they can feel an instant connection, warmth, and familiarity between themselves, which translates into strong and lasting relationships.

Although we have longstanding cultural ties with Korea, our diplomatic relations were established 62 years ago and more recently, in 2012, bilateral relations were upgraded to the level of “strategic partnership”.  Turkey and Korea work closely not only on the bilateral level but also at the multilateral level on international platforms such as the United Nations, MIKTA, and the G20. Turkey and Korea, which share common international norms and values as well as interests in maintaining world peace and stability, cooperate on various global issues, ranging from climate change to terrorism.

3. Talking more about culture, the Yunus Emre Institute Seoul Office began its operations very recently, with its office situated at Hankuk University of Foreign Studies. It is very exciting to see that the Turkish government is engaged in promoting the rich culture of its nation. Could the Ambassador provide more insight on the institution's inception and its core missions in Korea?

There is plenty of interest in Turkey about Korean culture, especially K-pop music and groups as well as TV dramas are very popular among youngsters in Turkey. I personally know many teenagers that are attending Korean language courses because of their growing interest towards Korea. The number of tourists from Turkey has also increased drastically in the last few years. Turkish tourists traveling to Korea greatly enjoy its vastly diverse culture as well as your beautiful cities and landscapes. Our students continue to come to Korea to enroll in your world-renowned universities, and at the same time, building bonds of friendship that will last for a lifetime. Our business people are also showing increased interest in doing business in Korea and with the Korean companies, further fueling our cultural exchanges through commercial interactions.

Similarly, an increasing number of Koreans travel to Turkey to explore its rich culture and diverse natural beauty. The number of Koreans that visited Turkey last year was around 160 thousand. Turkey is a modern country with a captivating blend of antiquity and contemporary and of East and West. It is one of the leading tourism destinations in the world, with stunning scenery and a rich historic legacy. With its cosmopolitan cities, quaint villages, natural wonders, beautiful coastline, and spectacular historical icons, Turkey is one of the world's most fascinating destinations, hosting around 40 million tourists a year.

With the establishment of the Yunus Emre Institute, which is the first and only Turkish cultural center in Korea, I believe that a new cultural bridge is now in place to narrow down the geographic gap between our countries. It will further expand the exchanges between our citizens. I therefore kindly invite all Koreans to closely follow the activities of our cultural center and also invite your family and friends to participate in their programs, be it language courses or showcases of Turkish art and culture.

As you might be aware, Turkey went through an unfortunate event on 15 July, 2016, when a group called FETÖ (Fettullah Terror Organisation) tried to stage a coup against the democratic system in Turkey, killing many civilians in the process, but failed thanks to the Turkish nation’s active and strong support of the values of the Turkish Republic and its secular democracy. The perpetrators of the failed coup are now either being tried in Turkey or are on the run around the world. Unfortunately, some of these terrorist affiliated groups are still active in various countries in the world, including Korea, through their schools, business associations, media outlets, restaurants, and so-called cultural centers. Therefore, in order to render the efforts of these hostile circles ineffective, I would urge our Korean friends aspiring to learn about the Turkish language and culture to consider the Yunus Emre Institute to be the only Turkish Cultural Center in Korea.

4. South Korea has maintained a robust alliance with the Republic of Turkey for a long time. South Korean people refer to Turks as 'blood-brothers', as the two nations fought together shoulder to shoulder during the Korean War. I imagine that you also served in the Turkish Military. How are the two nations maintaining such steadfast alliance in recent years?

Turkey joined the UN Coalition Forces in 1950 with a brigade to defend the independence, freedom, and democracy of the Korean people. The total number of troops that participated in the war was over 20 thousand. Turkey was the first country to pledge troops to the UN Command. In total, 21 countries participated in the war. Turkey was fourth in terms of troop size (after the US, Britain, and Canada) and ranked third in the number of the fallen soldiers.

Turkey comes from a deeply rooted tradition of helping others in need and has always deemed it a moral obligation to stand by the side of the oppressed. Turkey, with its founding foreign policy principle of “Peace at Home, Peace in the World” has always promoted peace and independence and fought against those who threaten these fundamental values. This was basically what compelled thousands of soldiers to fight alongside Korea.

The North Korean issue, beyond its regional impact, has global implications that concern the future of the entire international community. My tenure in Korea started on a positive note with the commencing of the denuclearization negotiations between the US and North Korea in 2018.

In line with our policy “Peace at Home, Peace in the World”, we strongly support the ongoing peace process between the concerned parties. We hope that both sides will find common ground that will secure lasting peace and that the negotiations will yield positive results for the prosperity of the Korean peninsula. The eventual peace should also address the economic development of North Korea, that will allow for better living standards for its people. We also welcome the Inter-Korean Dialogue that has gained impetus as a result of this rapprochement, and despite the ups and downs in the process, hope that it will promote fruitful exchanges between the two Koreas with the eventual prospect of reunification.

5. What are some cultural aspects of Turkey that you would like to introduce to the Korean public?

One thing you cannot escape in Turkey is the abundance of food and it is hard to resist the smells and flavors of our spices. For me, there isn’t a gourmet restaurant in the world that can rival the exquisite taste of the İskender kebab followed by some pistachio baklava or künefe and some tea along with it to ease digestion.

Turkish cuisine has a longstanding tradition which was perfected in the Ottoman Court. It goes beyond kebabs and baklavas, into rich and diverse delicacies, which range from dishes like “imam bayıldı” (literally translated as “the imam has fainted” due to its exquisite taste) to “karnı yarık” (translated as sliced belly, basically eggplants stuffed with meat) and various kinds of stuffed vegetables like “sarma” and “dolma”.

My favorite Turkish deserts are künefe (a traditional Turkish desert made with thin noodle-like pastry soaked in a syrup and layered with cheese inside) and baklava (pastry made of layers of filo filled with chopped nuts or pistachios).

Final remarks from the Ambassador:

Korea is not only diverse in terms of its culture and tradition but also in its geography and seasonal changes. If you allow me to plagiarize from a song, I can say I love Seoul in every season, in every moment of the year. In winter, although a bit gloomy and cold at times, there are plenty of activities to fill your weekend at the mountains, trekking in the snow and skiing. When spring comes, life blooms with cherry blossoms and flowers in its beautiful parks. Summer is an excuse to head to the ocean on the east coast, relaxing on the long stretches of beach. And when autumn leaves turn red and gold, I would find solace in its forests and hills, taking romantic strolls with my beloved wife Müge and my little princess Melisa (my pet).