Interview with H.E. Erdenetuya Namsrai, Mongolian Ambassador to the Republic of Korea

September 27, 2021 ㅡ Asia Society Korea invited H.E. Erdenetuya Namsrai, the Mongolian Ambassador to the Republic of Korea, to examine the most salient of issues impacting South Korea and Mongolia. A career diplomat with a strong background in the Korean Peninsula, she sat down with Asia Society Korea Executive Director Yvonne Kim to discuss everything from cultural similarity of the two nations to Mongolia-ROK cooperation in the context of Northeast Asian peace and prosperity. 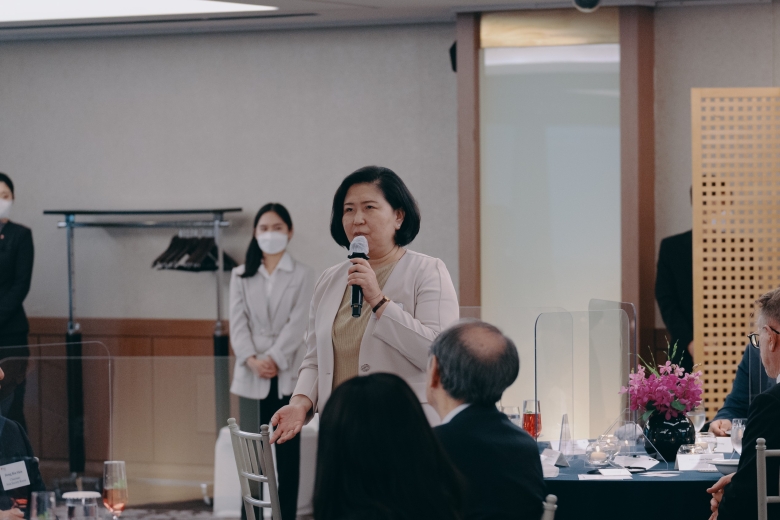 H.E. Erdenetuya Namsrai speaks at the New Ambassadors Welcome Dinner on May 31, 2021. She was one of the seven new heads of mission introduced that evening at Asia Society Korea's dinner event held in the Lotte Hotel Seoul.

About H.E. Erdenetuya Namsrai, Mongolian Ambassador to the Republic of Korea

The Ambassador graduated from Kim Il Sung University in Pyongyang, North Korea in 1993 and received her Master of Arts in Korean Studies from the University of Humanities, Ulaanbaatar, Mongolia in 2007. She is fluent in Korean and English.

Read more about the Embassy of Mongolia here.