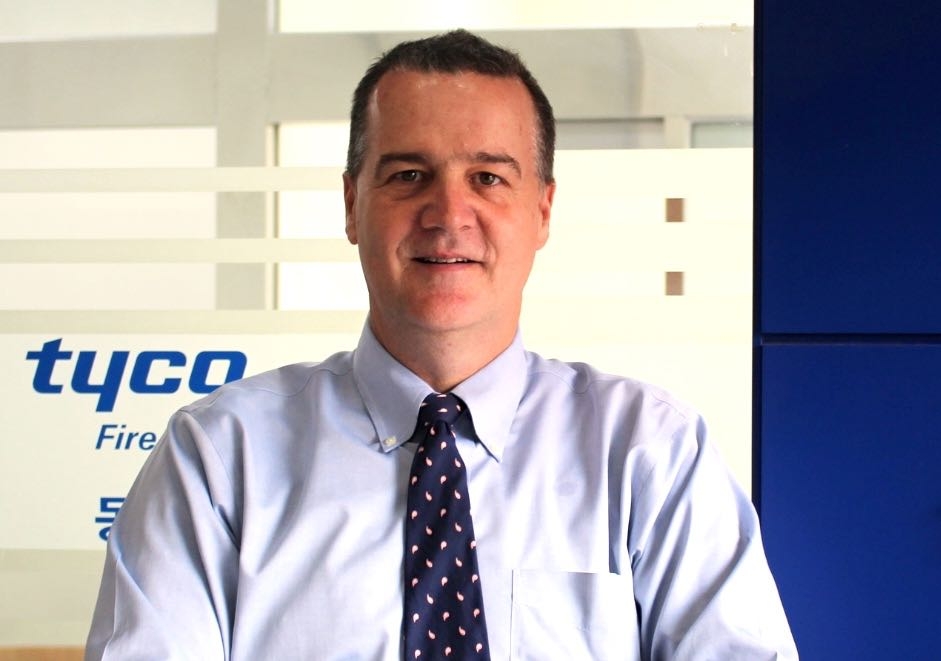 Bradley Buckwalter first visited Korea over 20 years ago as a student to carry out volunteer work. He soon fell in love with the culture and has since established himself as one of the most successful foreign CEO’s in the country. In 2013, he received the title of ‘Honorary of Citizen of Seoul’, one of only a handful of people to have been given the award. He has been former President of both Otis Elevator Korea and ADT Korea before having recently taken up his role as President and RMG of Tyco Fire Korea in May 2015. Bradley met up with Asia Society Korea Center to discuss life as head of a multinational company while also giving advice to those looking to move into business here in Korea.

1. You came to Korea over 20 years ago. What was it about the country that attracted you?
At the time Korea was one of the four “Tigers” of Asia. I was just starting out my business career and looking for new and exciting opportunities. I was transferred to Korea and am still here 21 years later. It has been quite a lot of fun to feel to be part of the Korea economic miracle and to feel like I contributed, as well, to the growth and prosperity of Korea over the past two decades. Now I have settled down here and have no plans to leave. I love living in Korea!

2. You are now President & RGM of Tyco Fire Korea. How did you make the move from being chairman of ADT Korea to your new position?
Tyco was the previous owner of ADT Korea and decided to sell the local Korean company. We were all surprised to see the company sell for $1.93 billion last year to a private equity company. I helped in the transition of the sale of the business and now am back at Tyco running their four businesses in Korea. Tyco is a great company and it feels great to be back working here. Tyco has a company culture which is quite people centric fostering teamwork and accountability among employees. I think I can help grow their businesses, as well, given my 21 years+ experience doing business in Korea.

3. Having worked in multinational corporations around the world, what are some of the differences you see in running a business in Korea compared to other countries?
The one common factor among all the multinational companies I have worked for was that the Korean subsidiary was always one of the top performing in the world. The employees at Korea companies have a unique passion towards doing business. Things that take years to happen in other countries happen in just a few months in Korea. Korean employees are hardworking, smart, and ambitious. Personal relationships are quite important in Korea in doing business. Also, there are business ethics peculiar to the Korean environment such as a “give and take” attitude in business dealings. It is a lot of fun working in, and running a Korean business to overcome challenges and to see what heights and new goals are achievable.

4. As a foreigner, what are some challenges you face being in being head of a Korean company?
Over the years, I have experienced many challenges but feel that I have been able to overcome most of them. It is important to understand the language and have a strong respect and knowledge of the local culture. Some areas in management can never be compromised such as safety or ethics management and it is important to let employees know that these areas are of top priority and non-negotiable. Sometimes people will try to under-estimate me just because I am a foreigner. I quickly remind people sometimes that I am a permanent resident of Korea and also have “Honorary Citizenship in Seoul and Jeju. As a foreigner, I have a different type of mobility in Korean society than most Koreans which is one of my strengths in running a business here. For example, I have met all the Presidents of Korea while I have been here and am good friends with Chanho Park among others.

5. Do you see Korea as a world leader in fire and security technology?
It is an honor and privilege to work for the World’s leader in the Fire and Security business. We have the highest technology and innovative products for fire detection/protection in building, shipping, and oil businesses. We do business in most countries around the world and there is always something we can learn from one of our other Tyco companies around the world. We use our Korean strong business profile to export our products overseas as well. Just this month, we signed a $5 million contract to provide equipment in Morocco. Most people do not realize the type of equipment and products around us to prevent damage from potential fires but our products are literally everywhere. In Korea we have just finished installations in the new COEX mall and are now installing our equipment in the New Lotte Jamsil Skyscraper. I am proud to run Tyco’s businesses in Korea and have confidence to bring strong results.

6. How do you keep Tyco Fire Korea at the forefront of the industry?
We need to have the best and most innovative products in the market, as well as have the most capable organization possible. This helps to make our company to be as competitive as possible. I am always working on strengthening the organization, improving internal processes through benchmarking, and motivating employees to beat the competition. You can never let your guard down or the competition will stomp all over you. In the end, there is no replacement for hard work and efforts by the most capable people in the industry.

7. What advice would you give to people wanting to set up a business here in Korea?
Korea is a unique country to do business in. It is critical to understand the local business culture to be successful here. Koreans like to work hard and to play hard and to have strong personal relationships. It can be quite a demanding culture to do business in, however, very rewarding at the same time. I joke with many foreigners when they first come to Korea to eat as much Kimchi as possible to help their business. If you do this you will meet many Koreans and blend in well with society and make many long lasting relationships which will be very rewarding for years.