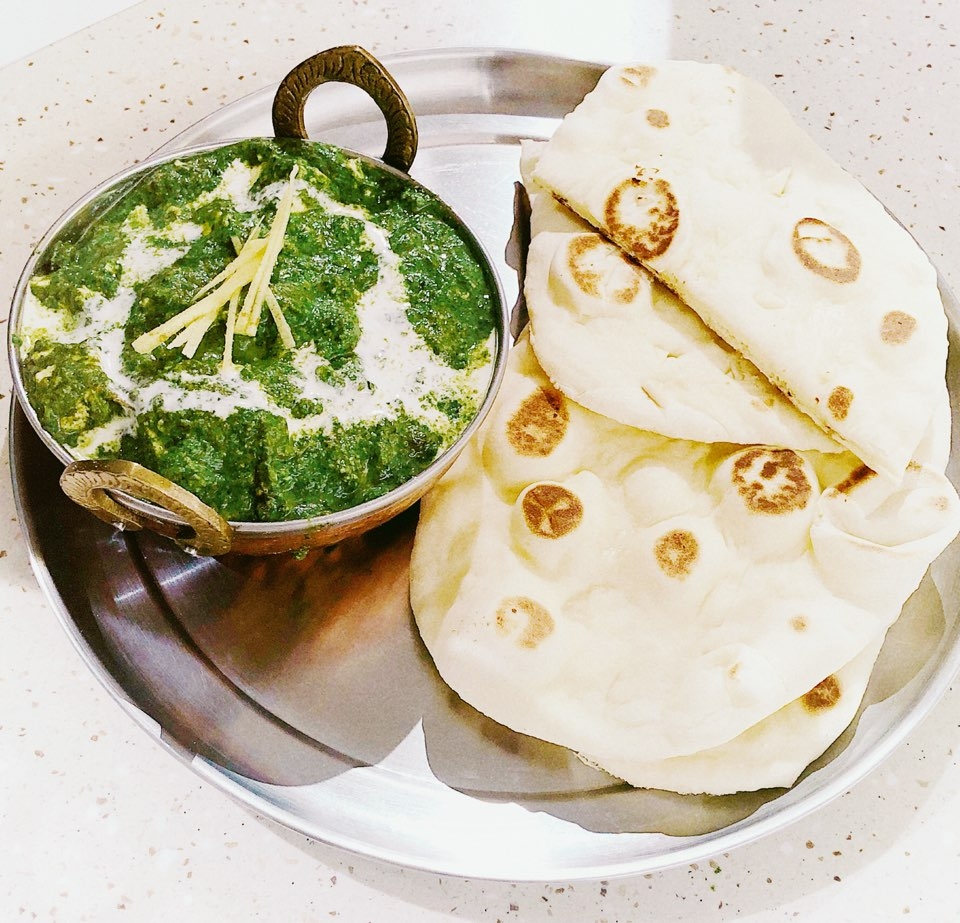 May 29, 2018 - Asia Society Korea’s first cooking class of the year gave twenty participants the chance to enjoy a taste of India. The Indian Cultural Centre and Ms. Deepali Praveen from J.W. Marriott were on hand to help make a traditional Indian dish at Lotte Department Store in Myeong-dong.

Those in attendance were taught how to cook a palak paneer curry with a garlic naan on the side. Paneer is a cheese that is easy to make, so it is commonly used in Indian dishes. It is also considered to be a healthy option due to its low fat content. Chef Praveen added that if you are served paneer at a gathering, it is a clear sign that you are being treated well.

Chef Praveen next demonstrated how to bake a naan, and then she asked those present to attempt to make the oven-baked flatbread. She noted that in ancient times, local Indian communities would gather each evening to bond by making a large naan together. This dish is adaptable and can be made using a variety of different ingredients, such as cheese and butter.

All of the participants had a wonderful time at the cooking class. They expressed a lot of interest in the exotic food, and took pleasure in cooking with new spices and flavors. After the lesson was finished, Chef Praveen was asked if she would make a lassi, a popular and traditional Indian yoghurt-based drink. On a whim, Chef Praveen whipped up the drink, which she shared with everyone as a sweet way to wrap-up a great day of Indian cooking.