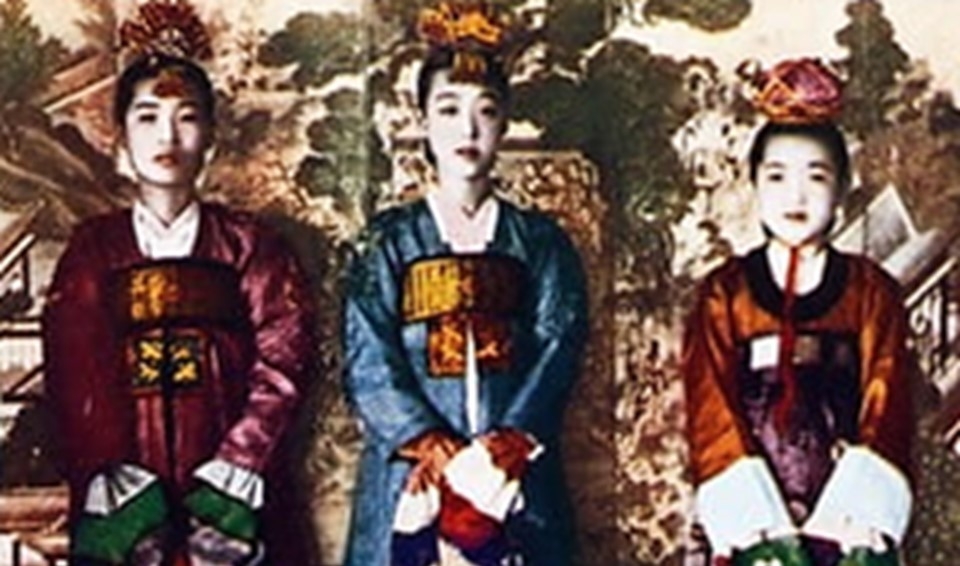 Gisaeng in the 20th Century

As a part of our Leo Gala Series to promote Korean culture and celebrate its beauty beyond the façade, Asia Society Korea presents to you The History of Korean Beauty: Gisaeng, Forgotten Artists.

Gisaeng first appeared in the Goryeo Dynasty (918 - 1392) and are often mentioned as a notable social group of the Joseon Dynasty (1392 - 1897). Gisaeng (기생;妓生), or ginyo (기녀;妓女), are women from a lower class who were trained to become professional artists. Peasants considered the occupation to be indelicate because gisaeng provided entertainment at parties or gatherings involving alcohol to upperclassmen.

Gisaeng were a well-educated group of people who were trained to develop extensive artistic talents in areas such as poetry, calligraphy, dance, and singing. For a Joseon woman of humble origin, a chance to flaunt one’s faculties of reason and imagination would otherwise have been utterly inconceivable. Depending on their sociability, artistic sensibility, intelligence, and appearance, gisaeng were rated into different levels. Top-tiered gisaeng limited their performances to the king and were designated by the government to be treated like members of the upper class. They were also able to enter the palace without restriction and given important diplomatic tasks such as greeting foreign envoys. At times, gisaeng are described as prostitutes, but the link between prostitution and gisaeng only began to be cemented during Japan’s colonization of the peninsula. In the Joseon Dynasty, gisaeng were considered artists and performers. 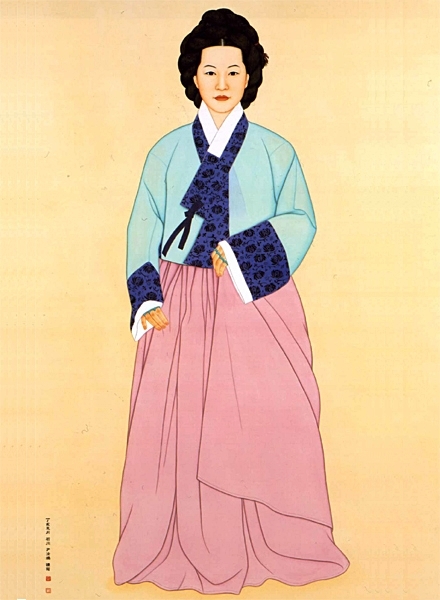 Hwangjinee (황진이;黃眞伊) and Non-gae (논개;論介) are two notable gisaeng. Non-gae was an iconic figure from Jinju in the late 16th century. When the Japanese forces started to invade the Korean Peninsula during the Imjin War (1592-1598), Jinju was a city in South Gyeongsang Province, noted as an important geostrategic location. After the Japanese succeeded in invading Jinju in 1593, the Japanese generals hosted a party to celebrate the occasion with gisaeng. Non-gae lured a Japanese general to a cliff, embraced him firmly by interlocking her fingers around his back with special rings, and threw herself off the cliff and into the river with the general. Non-gae’s courageous act was monumentalized on a rock on the cliff from which she threw herself. From its initial name we-am (위암;危巖), dangerous boulder, the name was changed to eui-am (의암;義巖), righteous boulder. Moreover, her loyal sacrifice was greatly appreciated, marking one of the first incidents during Joseon Dynasty in which loyalty was identified as a virtue that a woman could possess.

Hwangjinee was a beautiful gisaeng from the mid-Joseon Dynasty in the 16th century. Although her personal details remain a mystery, it is said that she was musician, dancer, calligrapher, and poet. During the Joseon Dynasty, it was taboo for women to receive formal education. However, gisaeng were able to dodge this taboo due to their lower social origins. She enjoyed studying and often shared poems with some of the most well-educated upperclassmen of Joseon. The poem The Long Mid-Winter Night is one of Hwangjinee’s exceptional works that is still taught today. 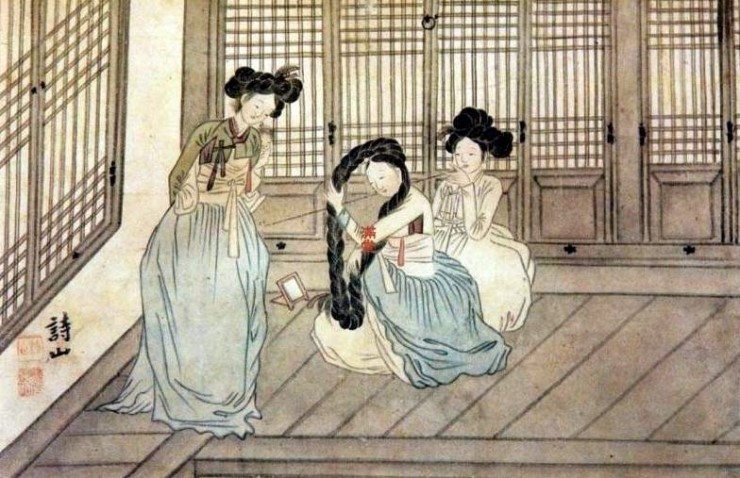 As mentioned above, appearance was also one of the criteria for assessing gisaeng. So how did gisaeng embellish themselves during the Joseon Dynasty? Back in those days, there was no soap. Therefore, gisaeng washed their faces with rice bran water and took baths infused with starch, often from mungbeans, orchids, or mugwort. At times, baths were used to seep natural, light doses of scent into the skin as well. Hwangjinee, for example, used powdered Indian sandalwood in her bath and gently applied sandalwood oil to her arms to generate a pleasant scent. Moreover, although they only washed their hair once a month, women were able to keep a clean look by brushing it with a fine comb every morning and applying various oil such as camellia or castor oil.

Gisaeng were also diligent with makeup. For foundation and compact powder, powdered arrowwood (Korean spice viburnum) fruit mixed with powered rice, millet, seashells, and white rocks was used. The composition was applied with silkworm cocoons. To perfectly blend the foundation into their skin, gisaeng often slept with a thinly applied layer of paste made with the powder. For dark, neat eyebrow, calligraphy ink or ashes were combined with powdered safflower, gold, and sesame oil. As a final touch, yeonji was used to add some color and liveliness to the overall look. Yeonji was made from red safflower petals that were turned into a paste bringing dried and crushed until the desired fineness was reached. The end product was then preserved in the form of a tiny ball, and small amounts were mixed with oil for easy application on the lips and cheeks. 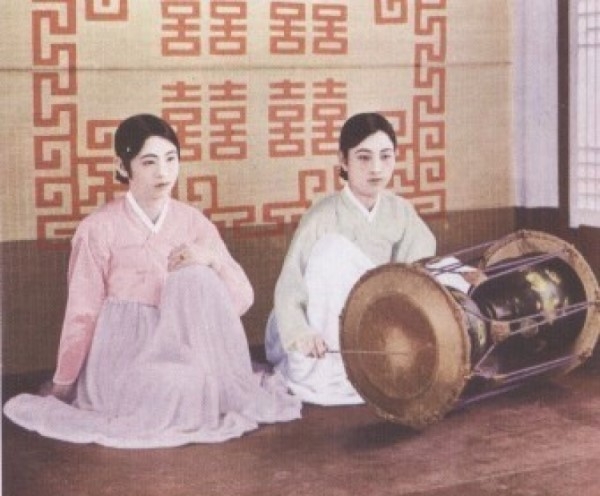 Despite the stereotype of what their jobs entailed, gisaeng were artists with exceptional skills and intelligence, who were able to offer refined conversations with an undertone of subtlety for members of the Korean gentry. For these reasons, they were often referred to as hye-uh-hwa (해어화;解語花), or “conversable flower”. Gisaeng were not trained merely for the amusement of the upper class, but professional artists who were fostered by the government. In a way, they were closer to modern women in that they received formal training and education, unlike the common people at that time. Perhaps this is why we still hear tales of legendary Korean gisaeng to this day.