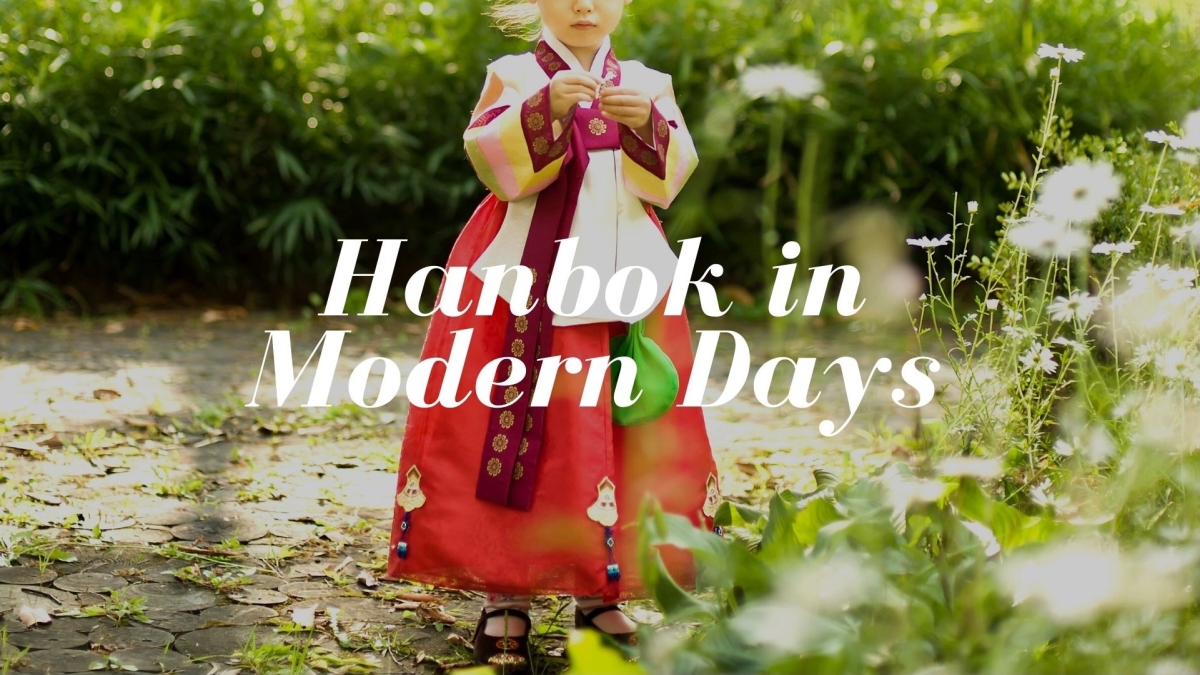 July 23, 2021 – Our previous episode on hanbok focused on the history and components of a typical hanbok. This second piece on hanbok will begin with the beauty of hanbok and the evolution of the traditional attire in modern days.

Traditional western attire is designed in three dimensional patterns which are preserved as a part of the attire. For example, the Victorian dresses were supported by cages and other auxiliary features. In contrast, hanbok begins as a two-dimensional form and transforms to fit the natural flow of the person wearing hanbok. The gentle curves and lines that underline the beautiful body figure of the wearer is one of the key features. 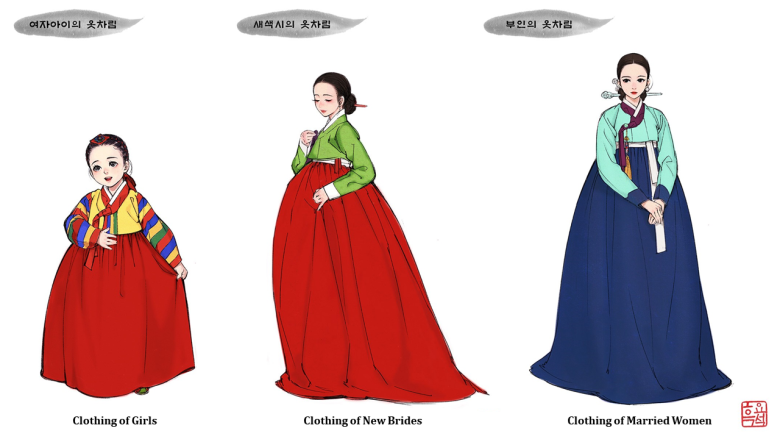 Another noticeable element of hanbok is the color. Many foreigners are often amused by the color scheme of the clothing. In the past, the color of hanbok symbolized the marital status of a woman. A single female wore a scarlet skirt and a yellow jeogori or a saekdong jeogori (색동 저고리), The saekdong jeogori, which was an upper garment with colorful stripes on the arms, was also worn by girls on their birthdays. Furthermore, a married woman wore an indigo skirt and jade green jeogori, while a recently married woman wore a scarlet skirt and light green jeogori.

Like in many cultures, the usage and design of the traditional attire have changed over time. In the 21st century, hanbok began to diversify. Comfortable versions of hanbok for daily wear became a trend and new styles of Western attire with elements of hanbok such as embroidery and its unique fabric made an appearance in the market. 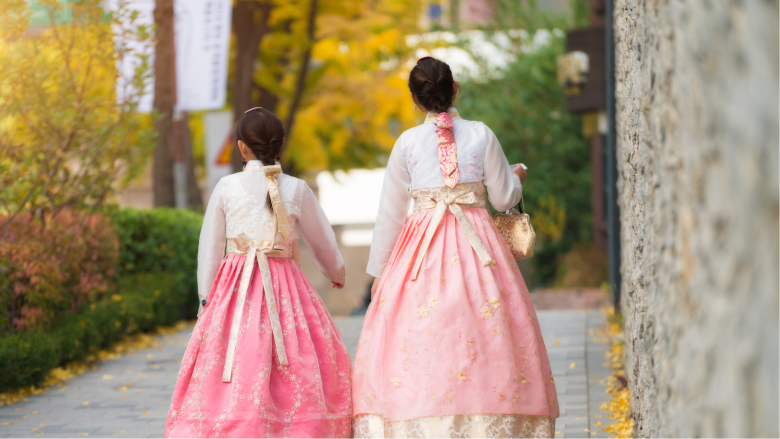 As a part of promoting tourism in Korea since October 2013, the entrance fee to four main palaces of Seoul and the Royal Tombs was waived for those wearing hanbok. The new policy quickly spread across social media, encouraging both domestic and foreign tourists to wear hanbok as a part of their cultural immersion. Accordingly, the number of rental services of hanbok in the area skyrocketed. In 2017, there were 131 rental businesses in the Jongno district of Seoul alone. However, it has been pointed out that the rental services have excessively altered the traditional attire.

Although it is infeasible to impose strict standards on hanbok worn by tourists, there have been legitimate concerns about some of the abnormalities in the contemporary alterations to hanbok. Curtain fabric is used to design rental hanbok and this deviation cannot be categorized as hanbok, according to some traditionalist hanbok experts. It is also said that the bottoms of the skirts have become too voluminous as they are rented out with Western-style cages that are primarily used to enrich the figure and prevent wrinkles. The skirt of hanbok should drop down elegantly with gentle and curved wrinkles supported by an underskirt made with a stiff but not-quite-solid fabric. 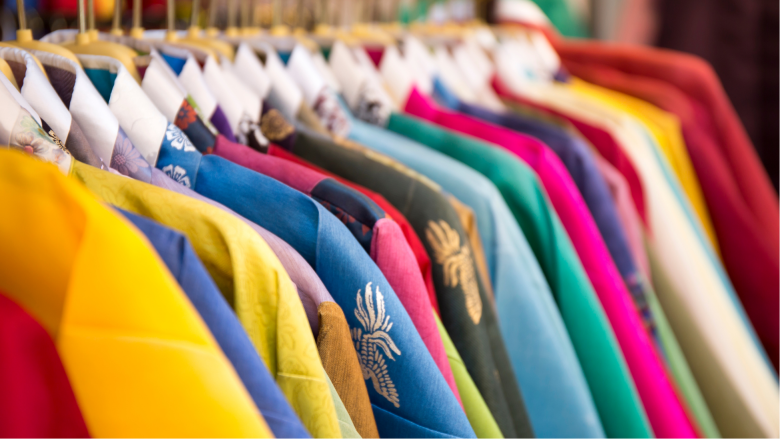 Over the years, there have been attempts to bring back the so-called "correct" ways to wear hanbok. The Korea Times and Women News, for example, have published articles that lay out the ground rules for how the traditional Korean attire ought to be worn. For women, it is advised that they wear shawls rather than coats, which compress the shape of hanbok. If you do not own one, you could easily make one with an old hanbok skirt. You must wear a sokjeoksam (속점삼) under the jeogori to improve hanbok's fit — which also happens to better allow the absorption of heat. For men, although undershirts are not required, undershorts are highly recommended to accentuate the elegant lines of hanbok. Moreover, if men wish to wear undershirts, deep-cut, non-white undershirts are advised.

In today's blog post, we explored the contemporary transition of hanbok. As time goes by, such changes are both expected and might even be welcome. Cultures and traditions change over time — and so does fashion. Granted, it is virtually impossible to wear hanbok exactly the same way our distant ancestors used to wear them many centuries ago. But there needs to be ongoing efforts to preserve the best of our bygone era or at least conserve what is left of it.