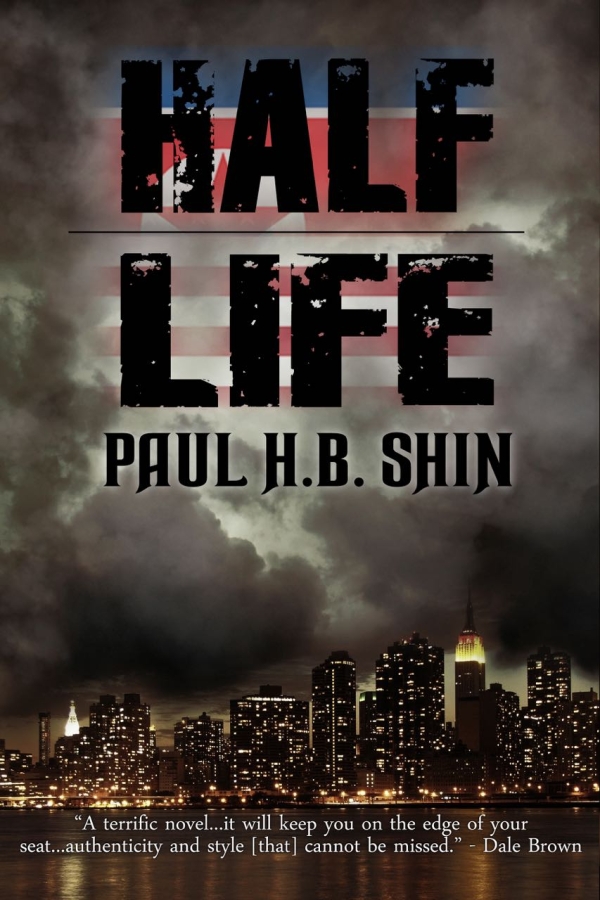 One of the most exciting books released this fall is “Half Life”, a fast-paced thriller centering on politics, North Korea and believable characters. The book is Paul H.B. Shin’s debut novel following a career as an award-winning journalist for more than 20 years, most recently for ABC News. He was previously a reporter and editor for the New York Daily News. He was born in South Korea having lived in London during his childhood and now lives in Brooklyn, New York. Paul spoke to Asia Society Korea Center’s contributing writer Matthew Fennell to discuss the book and his hopes for future publications.

Half Life is a thriller focusing on politics, espionage and North Korea. What was the inspiration behind your book?
The inspiration for “Half Life” grew out of some real-life incidents in 1997. North Korea’s ambassador to the United Nations was hospitalized in New York City in the summer of that year, and when word spread that he couldn’t pay his medical bills because the North Korean government was in such financial dire straits, the local Korean-American community rallied around the cause to help him.
Around the same time, there were several high-profile defections of North Korean officials, and those events got me wondering what it must be like to be an official from the reclusive country stationed overseas -- someone who has to peddle the propaganda but also has seen enough of the outside world to know the paradoxes of their own country. I filed those stories away for a while, letting them stew in my mind until I came up with a story arc. That's how I got started on “Half Life.”

On your website you mention how the book took you more than 10 years to complete. What were some of the challenges that you faced?
One of the challenges was finding time to write, since I was working a pretty demanding full-time job at the same time, first as a reporter and then as an editor. So, keeping up the momentum was tricky. Another challenge was that it’s very difficult to get reliable information about the inner workings of North Korea -- not only the government, but practical things as well, such as what the roads are like in Pyongyang, for example.
Fortunately, there was a steady trickle of information that would come out through news reports and first-hand accounts. But the kind of information that I was interested in wasn’t necessarily going to be on the front page of major newspapers, so I had to pay close attention. So, it took quite some time to gather those details, which I wanted to do to give some authenticity to the novel.

Without giving too much away, what is the driving force behind the story line?
“Half Life” is based in the year 1997, when North Korea was suffering from a devastating famine that was also unraveling the ruling class. Nuclear scientist Han Chol-Soo is on a diplomatic mission in the United States. There he is forced to embark upon a high-stakes pursuit after his wife disappears with their newborn son. Han turns to his colleague Park Jun-Young for help -- a man that he suspects is an intelligence operative. He soon regrets his decision as Park cuts a swath of mayhem in the name of helping Han. When a U.S. State Department agent learns of Han’s plight, he tried to get him to defect.

The book gives the reader a fascinating insight of life in North Korea. How were you able to carry out your research for the story?
When it came to specific facts and events about North Korea, I relied mostly on news reports and my own research. News reports in particular were invaluable because the country is so reclusive. Any peek beyond the veil added to my understanding of what was going on with the government and the country as a whole.
However, I was careful to steer clear of fictional work about North Korea because I wanted to avoid the possibility of being influenced by those works. I wanted to create something truly original. Now that the book is finished, I have a long reading list to catch up on.

Half Life is your debut novel. Do you have any plans to write more books or maybe even a Korean translation for release in South Korea?
I’m already working on another novel. It’s historical fiction based in Elizabethan England. People who have read “Half Life” have asked whether I might write a sequel someday. Because I’ve spent so much time with the characters in “Half Life,” I’d like to take a break from them, and that’s one reason why I’m working on something completely unrelated. But if the response to “Half Life” is good and I feel that I have more to write about those characters, then I would consider going back to it. The recent defection of Thae Yong-Ho, the No. 2 North Korean diplomat based in London, stoked my interest again in the topic because it shows that the themes I dealt with in “Half Life” are actually still very much alive.
As for a translation into Korean, I would love to see that happen. But that’s something that depends on whether a Korean publisher picks up the rights. And I would probably have to leave the nitty gritty work up to a skilled translator, because even though I’m fluent in Korean, my fluency doesn’t extend to the literary skills I would need for a proper translation from English to Korean.