Gwangju Uprising: A divided country within a divided peninsular 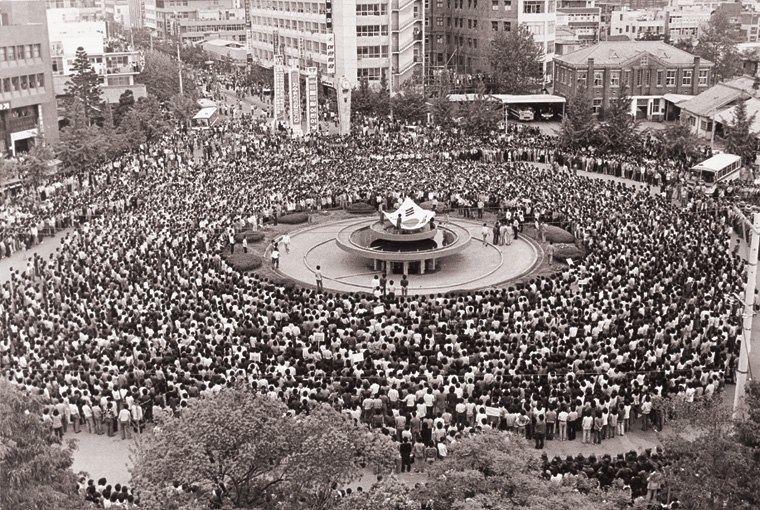 May 18th 2015 marks the 35th anniversary of the Gwangju uprising, a pivotal moment in Korean history and in the movement for democracy. The Korean Peninsular had already been divided into two countries after the Korean War, and in the years following this witnessed a further division of ideology within South Korea. The Gwangju Uprising had a lasting impact on South Korean politics and history, with divisions of opinion still prominent today.

After Park Chung-hee took power through a military coup d'état in 1961, Korea went through huge economic reform and many credit Park for laying the foundations for Korea’s rise to global prominence. This rapid economic grown came at a price with many Koreans, and those who fought for democratization, believing that his authoritarian rule was unjustified, and that he hindered South Korea's transition to democracy. After Park was assassinated in 1979, Korean politics was left in a state of instability and in December that year, South Korean army General Chun Doo-hwan took control of the government through another coup d'état.

By May 1980, Chun Doo-hwan, already lacking in popularity due to his snatch of power through military coup, was faced with nationwide democratization movements demanding the end of martial law, democratization, minimum wage demands, and freedom of press. This came to a head on May 18 when the Gwangju Democratization Movement took over the city and held it by force of arms against the military for 10 days. During the battle to take back Gwangju from the protestors, hundreds of civilians were brutally massacred, beaten and tortured by the military. Official figures put the death toll at 200, with another 1,000 protestors injured, but according to other estimates between one and two thousand actually died. Chun was officially inaugurated into office 4 months later on September 1st 1980 as the 11th President of South Korea. Throughout his presidency many citizens were happy with the economic growth of the country while there was much hatred and anger towards his regime from students and democracy groups.

Although unsuccessful, the Gwangju movement paved the way for later movements in the 1980s that eventually brought democracy to South Korea in 1987. The Gwangju Uprising has become a symbol of South Koreans' struggle against authoritarian regimes and their fight for democracy but one that also divided a nation which ultimately led to Koreans killing Koreans.