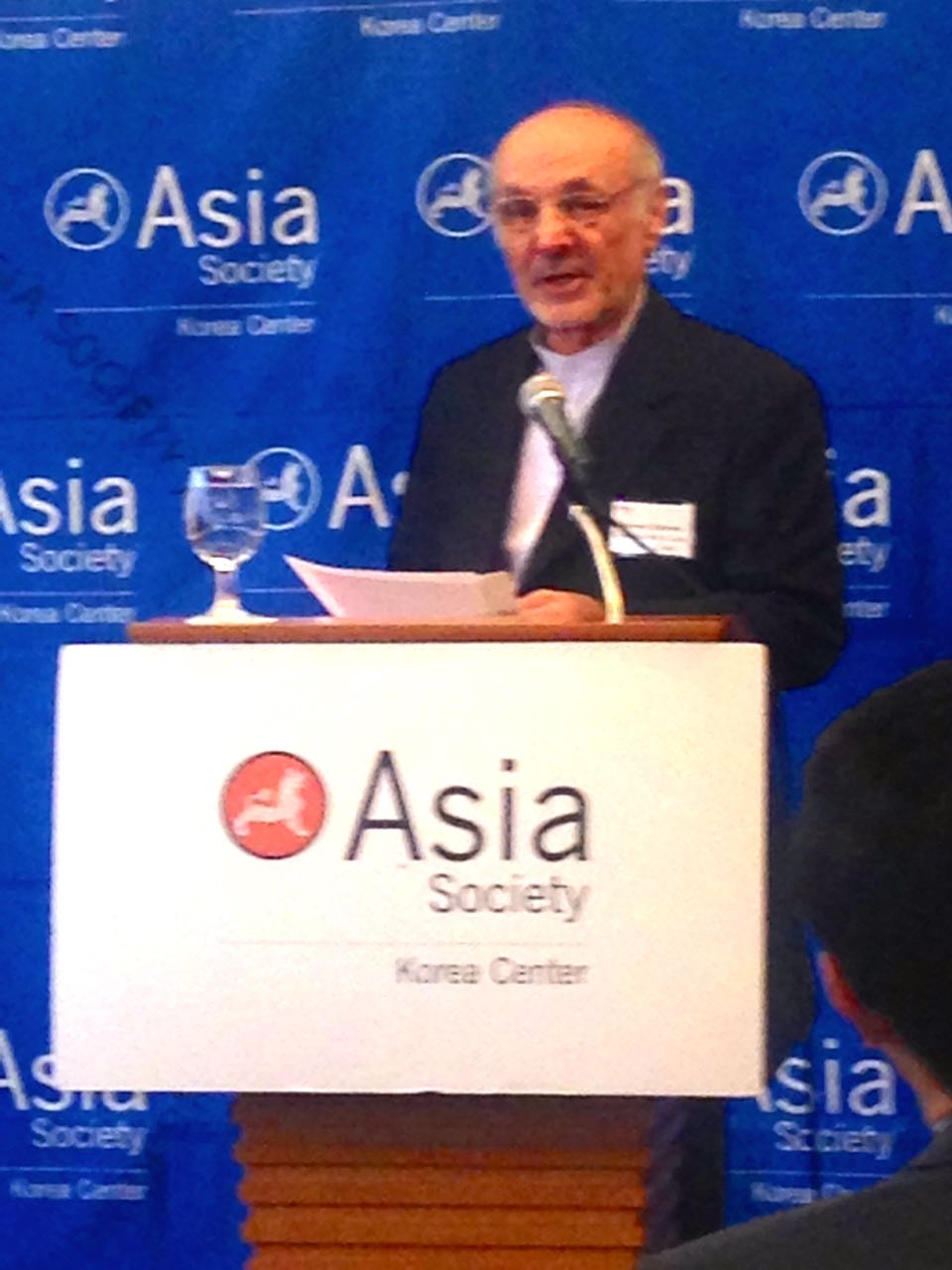 SEOUL, May 19, 2015 – H.E. Hassan Taherian, Ambassador of the Islamic Republic of Iran to Korea, was the guest speaker at the Asia Society Korea Center's May Monthly Luncheon at the Lotte Hotel, Seoul. Ambassador Taherian, who worked in Seoul from 1980 to 1985 as charge d'affaires, talked about the "Foreign Policy of the Rouhani government". He also talked about the prospects of an upcoming nuclear deal as well as examining the business opportunities for Korean firms in Iran. The Ambassador explained how diplomatic relations between Korea and Iran were established in 1962 and since then, the two countries have always had good and friendly relationship with even Teheran Street in Gangnam being named after the Iranian capital. The Ambassador highlighted that the Iranian government “has a positive view towards Korea and supports the expansion of the bilateral relationship with a hope that Korean companies can be more active in Iranian market through joint venture and direct investments”.

In relation to the nuclear issues, Ambassador Taherian explained how Iran has been negotiating with China, France, Russia, the UK and the US, plus Germany (P5+1) to reach an agreement. The Ambassador said, “There has been a lot of mistrust between the US, the West and Iran in the past, making negotiations difficult, however this is starting to change and we made big progress at the recent talks in Lausanne”. It was emphasized how Iran can guarantee the peaceful use of nuclear technology in return for having all sanctions on them lifted. The Ambassador said, “The use of nuclear weapons has no place in the weaponry doctrine of Iran and therefore the country can accept all terms while being open and transparent”.

Ambassador Taherian hopes for more business between Korea and Iran saying, “Although there have been some ups and down in our trade volume in recent years because of the sanctions against Iranian peaceful nuclear activity, generally the amount of bilateral relation is quite good. We had more than 9 billion dollar trade volume in 2014”. Korean business has a good reputation in Iran and the hope is after the lifting of the sanctions, the trade volume will increase, benefitting oil, house and road construction, ship building and maritime affairs, and further commodities.

When quizzed on the cooperation between Iran and North Korea, the Ambassador stated that the two countries have no particular special relationship with very few trade connections. Although acknowledging Tehran's ties with Pyongyang during the 1980s, when the North provided some military assistance to Iran during the Iran-Iraq War, there is “absolutely no missile cooperation with North Korea as Iran is very different from the perspective of technology and its purpose.” However, Ambassador Taherian did explain how Iran has built up good relations with China which developed after the Western sanctions were placed upon the country; China took advantage of this through an increase in construction, business and general involvement with Iran.