[WEBINAR] Korea's Place in the Next Four Years of U.S.-China Relations: A Discussion with Journalists | Asia Society Skip to main content

[WEBINAR] Korea's Place in the Next Four Years of U.S.-China Relations: A Discussion with Journalists 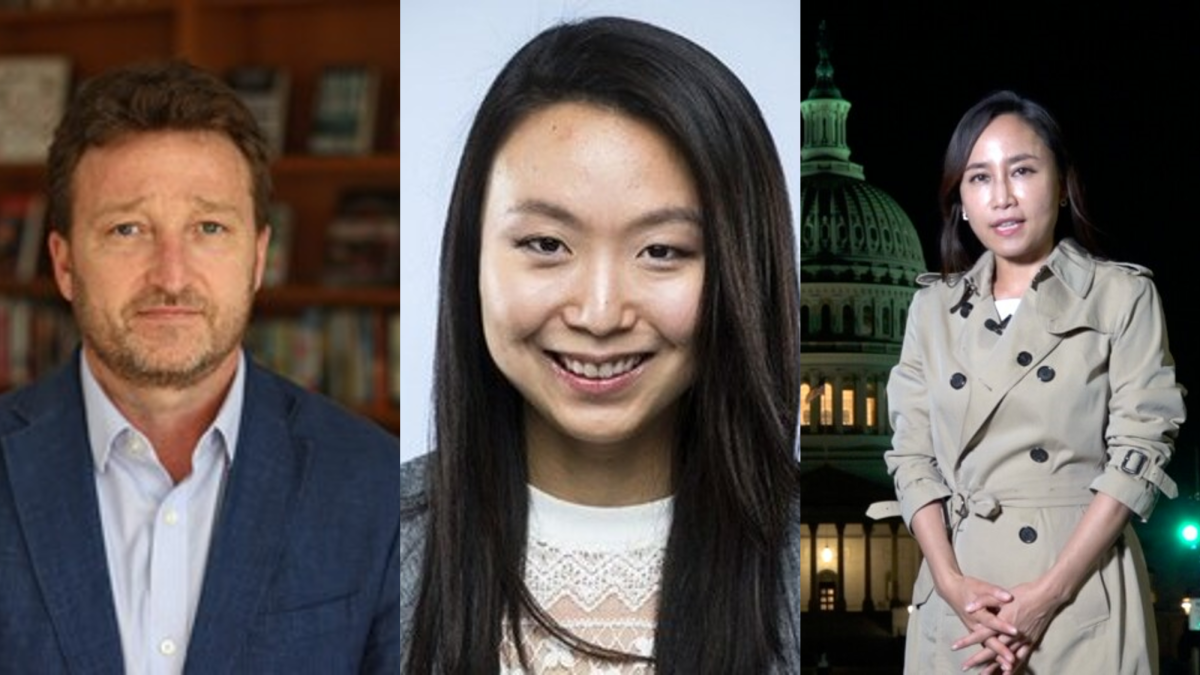 Asia Society Korea invites you to a Live Webinar with three distinguished journalists: Jung-Ahn Kim, Washington Correspondent for DongA Daily and Channel A TV, Victoria Kim, Seoul correspondent for the Los Angeles Times, and Steven Lee Myers, the Beijing bureau chief for The New York Times. They will share their thoughts about the impact of the 2020 U.S. Presidential Election on Korea and Asia, U.S. foreign policy on Asia under the new administration, and future prospects for South Korea based on the U.S.-China relations. The conversation will be moderated by John Delury, Professor of Chinese Studies at Yonsei University Graduate School of International Studies, Asia 21 Young Leader, and Senior Fellow of the Center on US-China Relations.

Ms. Jung-Ahn Kim is the Washington Correspondent for DongA Daily and Channel A TV.  Previously, she was a foreign affairs correspondent for DongA Ilbo Daily and Channel A TV in Korea. Ms. Kim has focused on issues related to East Asian security and political economy which range from six-party nuclear talks to KORUS FTA. Ms. Kim has earned her MA degree in international economics and law at SAIS, Johns Hopkins University, and a BA in Sociology at UCLA. She has also studied at Seoul National University and is a PhD candidate in Korean Studies at Kyungnam Universtiy. Her interests include the role of China in East Asian security and the future of the ROK-US alliance.

Victoria Kim is the Seoul correspondent for the Los Angeles Times. Since joining the paper in 2007, she has covered state and federal courts, worked on investigative projects and reported on Southern California’s Korean community. She has previously written for the Associated Press out of South Korea and West Africa, as well as for the Financial Times in New York. Kim was raised in Seoul and graduated from Harvard University with a degree in history.

Steven Lee Myers is the Beijing bureau chief for The New York Times. He was a correspondent in the Washington Bureau of The New York Times who covered foreign policy and national security issues. Before then, he worked as bureau chief in Moscow in 2013 and 2014, having also served as a correspondent and bureau chief there from 2002 to 2007, covering Russia and the other former Soviet republics. He is the author of a biography of Vladimir Putin, entitled The New Tsar, published by Alfred A. Knopf Books in September 2015 and reissued as a Vintage paperback in August 2016.
Mr. Myers began his career at The Times in 1989 and worked in New York City until moving to Washington in 1996, where he covered first the State Department and then the Pentagon through the aftermath of the attacks of September 11, 2001.
He has reported on conflicts from the ground in Bosnia, Kosovo, Afghanistan, Chechnya and Iraq. In 2003, he was “embedded” with the Army’s Third Infantry Division during the invasion of Iraq and reported extensively on the division’s experience there and back home that year. He returned to Iraq as a correspondent and bureau chief from 2009 to 2011.
In Washington, he also covered the White House during the presidency of George W. Bush and has written on the State Department during the tenures now of five different Secretaries of State, most recently Hillary Rodham Clinton and John Kerry.
Born in Los Angeles in 1965, Mr. Myers received a bachelor’s degree in rhetoric from the University of California at Berkeley, graduating with honors in 1987. As a Rotary International scholar, he received a master’s degree, with distinction, in literature and art history from the University of Reading, Reading, England in 1989.

John Delury is Professor of Chinese Studies at Yonsei University Graduate School of International Studies (GSIS), where he serves as chair of the Program in International Cooperation. He is also chair of the undergraduate Program in International Studies at Yonsei’s Underwood International College (UIC), and founding director of the Yonsei Center on Oceania Studies. He is the author, with Orville Schell, of Wealth and Power: China's Long March to the Twenty-first Century, and is writing a book about US-China relations in the early Cold War. Based in Seoul since 2010, his articles can be found in journals such as Asian Survey, Late Imperial China, and Journal of Asian Studies, his commentaries appear in Foreign Affairs, Foreign Policy, The New York Times, Washington Post, and 38 North, and he contributes book reviews for the quarterly journal Global Asia, where he is associate managing editor. John is a member of the Council of Foreign Relations, National Committee on US-China Relations, and National Committee on North Korea; he is also Pacific Century Institute board member, Asia Society senior fellow, National Committee on American Foreign Policy leadership council member, and Center on Strategic and International Studies adjunct fellow. He is a member of the Republic of Ireland’s foreign affairs advisory network and is invited to offer his analysis on East Asian affairs with government, think tank, corporate, and civil society organizations globally.