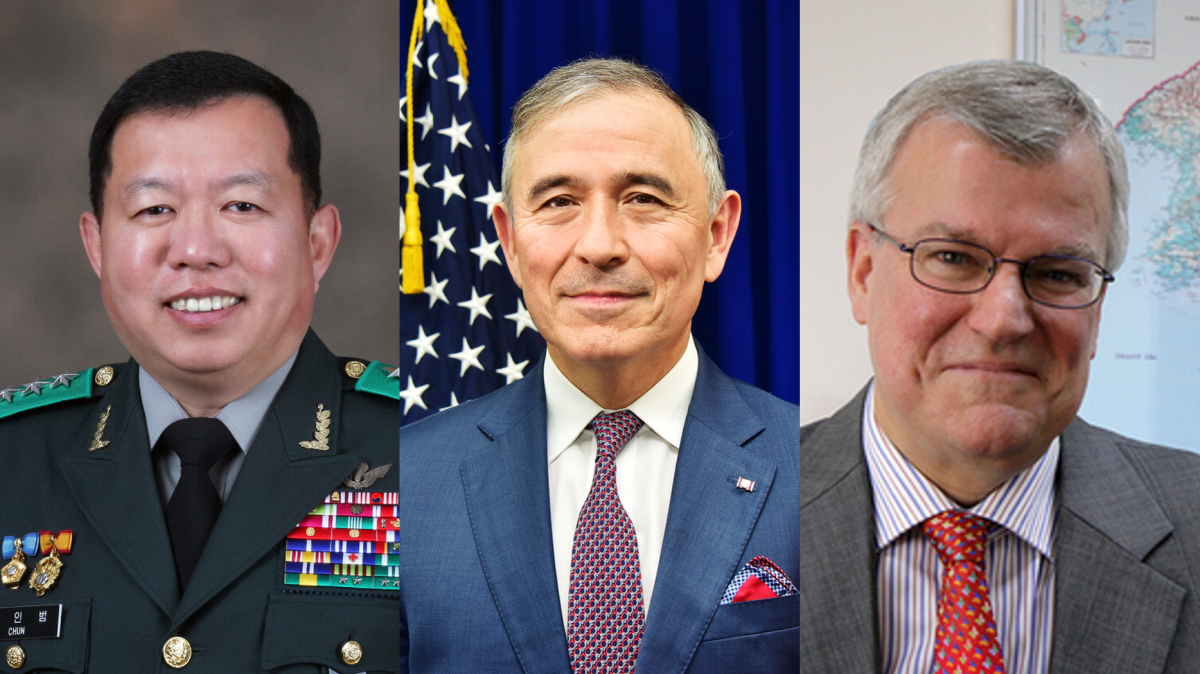 Ambassador Harry Harris was nominated by President Trump on May 23, 2018 and confirmed by the United States Senate on June 28 as U.S. Ambassador to the Republic of Korea (ROK).
Ambassador Harris commanded the U.S. Pacific Command (USPACOM), now known as the Indo-Pacific Command (INDOPACOM), from May, 2015 to May, 2018. He is the first Asian-American to hold four-star rank in the U.S. Navy and the first to head USPACOM. Prior to USPACOM, he commanded the U.S. Pacific Fleet. Other operational commands include the U.S. 6th Fleet, Striking and Support Forces NATO, Joint Task Force Guantanamo, Patrol and Reconnaissance Wing 1, and Patrol Squadron 46.
From 2011 to 2013, Ambassador Harris served as the representative of the Chairman of the Joint Chiefs of Staff to the Secretary of State. In this role, he traveled to over 80 countries with the Secretary and participated in most of the Secretary’s meetings with foreign leaders. He also served as the U.S. Roadmap Monitor for the Mid-East Peace Process.
Ambassador Harris’ personal decorations include the State Department’s Distinguished Honor Award, the Defense Distinguished Service Medal, three Navy Distinguished Service Medals, three Defense Superior Service Medals, three Legions of Merit, two Bronze Stars, and the Air Medal. He received the Republic of Korea’s Tong-il medal in 2014. He has also been decorated by the governments of Australia, France, Japan, Mongolia, the Philippines, and Singapore.
Ambassador Harris was born in Japan and reared in Tennessee and Florida. He graduated from the U.S. Naval Academy in 1978.  He holds master’s degrees from Harvard’s Kennedy School of Government and Georgetown’s School of Foreign Service. He also did post-graduate work at Oxford University and completed the Seminar 21 fellowship at the Massachusetts Institute of Technology.
Ambassador Harris’ father served in the U.S. Navy, and was a veteran of both World War II and the Korean War. He was stationed in Korea and Japan after World War II until he retired in 1958. Harris’ mother was Japanese. She moved to Tennessee with her husband and young son in 1958 and became an American citizen in 1974.
Ambassador Harris is married to Ms. Bruni Bradley, herself a career Naval officer.

Ambassador Simon Smith has been British Ambassador to the Republic of Korea since March 2018. He first visited North and South Korea in 2002-4 when he was Head of the Foreign & Commonwealth Office’s NE Asia & Pacific Department.
He has served as British Ambassador to Ukraine and to Austria – where he was also the UK’s Permanent Representative to UN and international organisations in Vienna, and the UK Governor on the Board of the International Atomic Energy Agency.
He began his career in the Diplomatic Service in 1986, and has also worked – largely on economic, trade and investment issues – at the British Embassies in Tokyo and Moscow. Simon is from Bristol and studied German and French at Oxford University.
He spent 6 months in Seoul continuing his study of Korean in 2017. In addition to these languages he speaks Russian, Ukrainian and Japanese.

Seoul-based Englishman Andrew Salmon holds a BA in History and Comparative Literature from the University of Kent and an MA in Asian Studies from the School of Oriental and African Studies (SOAS), University of London. A resident of Seoul since 1998, he is Asia Times' Northeast Asia editor. His work has also appeared in the BBC, CNN, Forbes, France24, The International Herald Tribune, The South China Morning Post, The Times and The Washington Times. His books on the Korean War have garnered a "Korea Wave" award from South Korea's National Assembly and a "Member of the British Empire" award from Queen Elizabeth II.