The North Korean Military in the Shadow of Nuclear Futures

Asia Society Korea invites you to a special session of our Monthly Lecture Series on the North Korean military. The hermit kingdom's military and nuclear capabilities are far from transparent. But we have two panelists — whose expertise and insights range from Pyongyang's past nuclear and missile tests, policy pronouncements, and military parades among others — who might shed some light on this salient subject matter.

ROK Army General (ret.) In-Bum Chun, former commander of the ROK Special Warfare Command, and Dr. Andrei Lankov, director of Korea Risk Group and professor of history at Kookmin University, will participate in the discussion. Mason Richey, Asia Society Korea's senior contributor and associate professor at Hankuk University of Foreign Studies, will moderate the conversation. This event is open to the audience by invitation only. 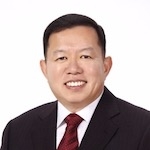 Lieutenant General (Ret.) In-Bum Chun is a graduate of the Korea Military Academy in 1977. As aide to the Chairman of the ROK Joint Chiefs of Staff, Chun saved the Chairman from the infamous Rangoon bombing in 1983.
Previously, LTG (Ret.) Chun was assigned as Chief of the Election Support Branch at the Multi-National Force in Iraq. He also served as Director of U.S. Affairs at the defense ministry and was involved in negotiations with the U.S. on wartime OPCON. Chun commanded the 27th Infantry Division and was a Senior Member of the UNC Military Armistice Commission. In 2013, he was promoted to LTG and was assigned as Commander of the Special Warfare Command.
LTG (Ret.) Chun retired from active duty as of July 31, 2016. Since then, he conducted concurrent fellowships with the Brookings Institution and the U.S.-Korea Institute at Johns Hopkins SAIS. He was also a Distinguished Visiting Fellow at the Sam-Nunn School of Advanced Studies at Georgia Tech.
LTG (Ret.) Chun is Korea Chapter VP of the Association of the US Army and MIG Alley Chapter of the US Air Force Association. He is also VP of the Korea Freedom Federation and a Board Member of the Korean Animal Welfare Association.

Dr. Lankov was born on July 26, 1963, in Leningrad, Soviet Union which is modern-day Saint Petersburg. He completed his undergraduate and graduate studies at Leningrad State University in 1986 and 1989, respectively. He also attended Pyongyang’s Kim Il-sung University in 1985.
Following his graduate studies, he taught Korean history and language at his alma mater, and in 1992 went to South Korea for work; he moved to Australia in 1996 to take up a post at the Australian National University and moved back to Seoul to teach at Kookmin University in 2004. Dr. Lankov has a DPRK-themed Live journal blog in Russian with occasional English posts, where he documents aspects of life in North (and South) Korea, together with his musings and links to his publications. He also writes columns for the English-language daily The Korea Times and for Al Jazeera English. Lankov is fluent in Russian, Korean, and English.
Lankov has been a regular contributor to NK News and its premium research platform NK Pro since 2012. In May 2017, he became a Director of Korea Risk Group, the parent company of these platforms and committed to writing exclusively for the firm, outside of his academic commitments. Lankov is also the author numerous publications including From Stalin to Kim Il Sung: The Formation of North Korea, 1945-1960; Crisis in North Korea: The Failure of De-Stalinization, 1956; North of the DMZ: Essays on Daily Life in North Korea; and The Dawn of Modern Korea. 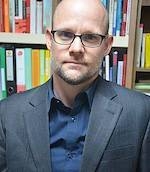 Dr. Mason Richey is a senior contributing writer to Asia Society Korea and an associate professor of international politics at Hankuk University of Foreign Studies (Seoul, South Korea). Dr. Richey has also held positions as a POSCO Visiting Research Fellow at the East-West Center (Honolulu, HI) and a DAAD Scholar at the University of Potsdam. His research focuses on U.S. and European foreign and security policy as applied to the Asia-Pacific. Recent scholarly articles have appeared (inter alia) in Pacific Review, Asian Security, Global Governance, and Foreign Policy Analysis. Shorter analyses and opinion pieces have been published in War on the Rocks, Le Monde, the Sueddeutsche Zeitung, and Forbes, among other venues.
Dr. Richey received his Ph.D. from Binghamton University, New York.