Korea 2019: Looking Back and Looking Forward 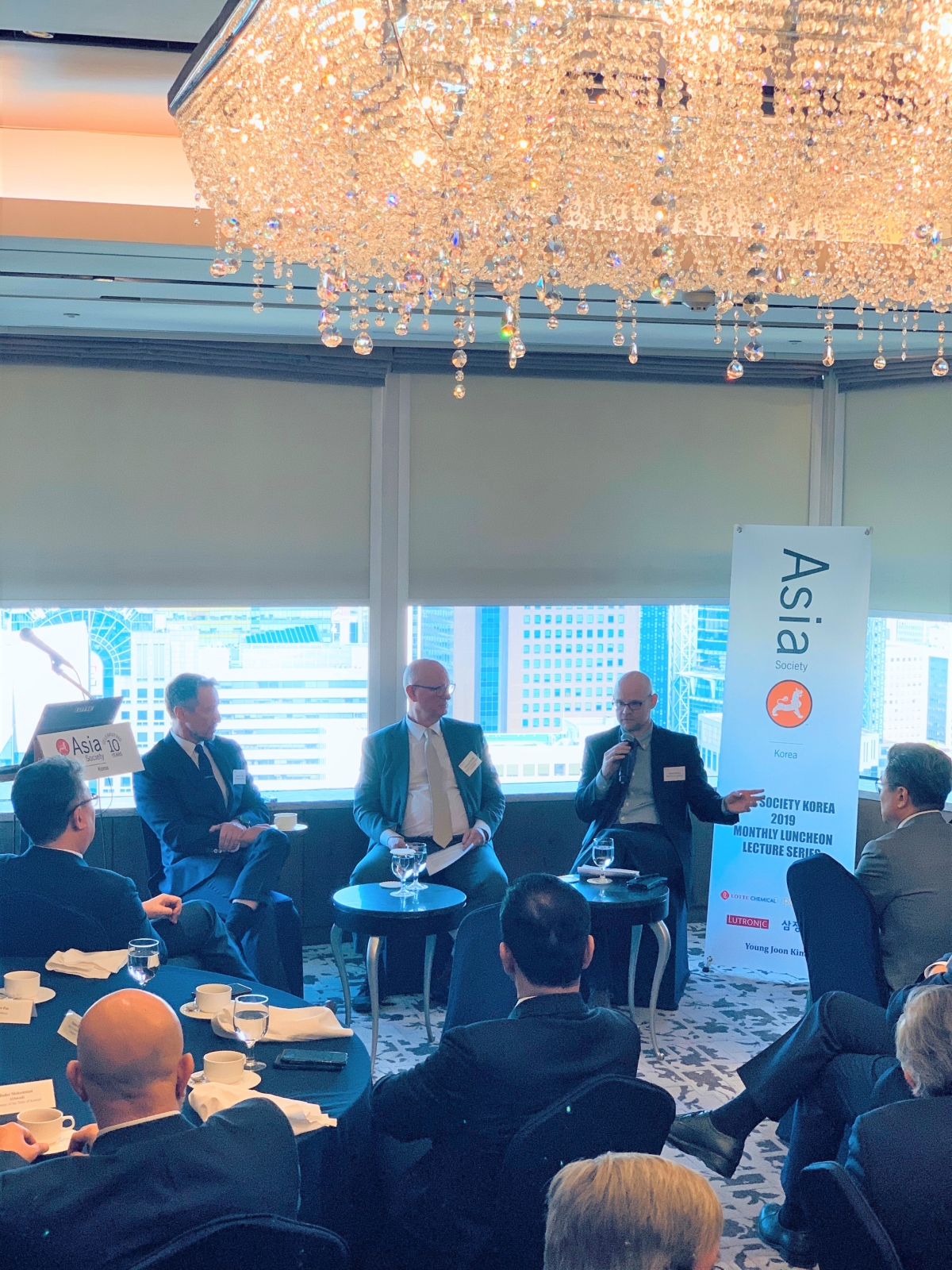 Mason Richey is associate professor of international politics at Hankuk University of Foreign Studies (Seoul, South  Korea). He specializes in US and European foreign and security policy in East Asia. His recent research has appeared  in Asia Europe Journal, Global Governance, and Parameters. He also writes for International Politics and Society, Forbes, and the policy brief series of the Institute for European Studies.

Seoul-based Englishman Andrew Salmon is a journalist, broadcaster and author. He holds BA in History and Comparative Literature from the University of Kent and an MA in Asia Studies from the School of Oriental and African Studies (SOAS), University of London. In 2010, one of his published work was recommended as “One of the Top 10 Books on Korea” by The Wall St Journal, and won a “Korean Wave” award at the ROK National Assembly in Seoul. In 2016, Andrew was made an MBE (Member of the British Empire) by Queen Elizabeth II for services to British veterans of the Korean War.

Michael Breen is a consultant, author and columnist. He is the founding chairman and CEO of Insight Communications Consultants, a public relations consultancy. He was the correspondent for The Washington Times and also wrote for The Guardian and The Times (of London). Mr. Breen is the author of The New Koreans: The Story of a Nation and other books, including Kim Jong-il: North Korea’s Dear Leader. Mr. Breen has a monthly column in the Chosun Ilbo.