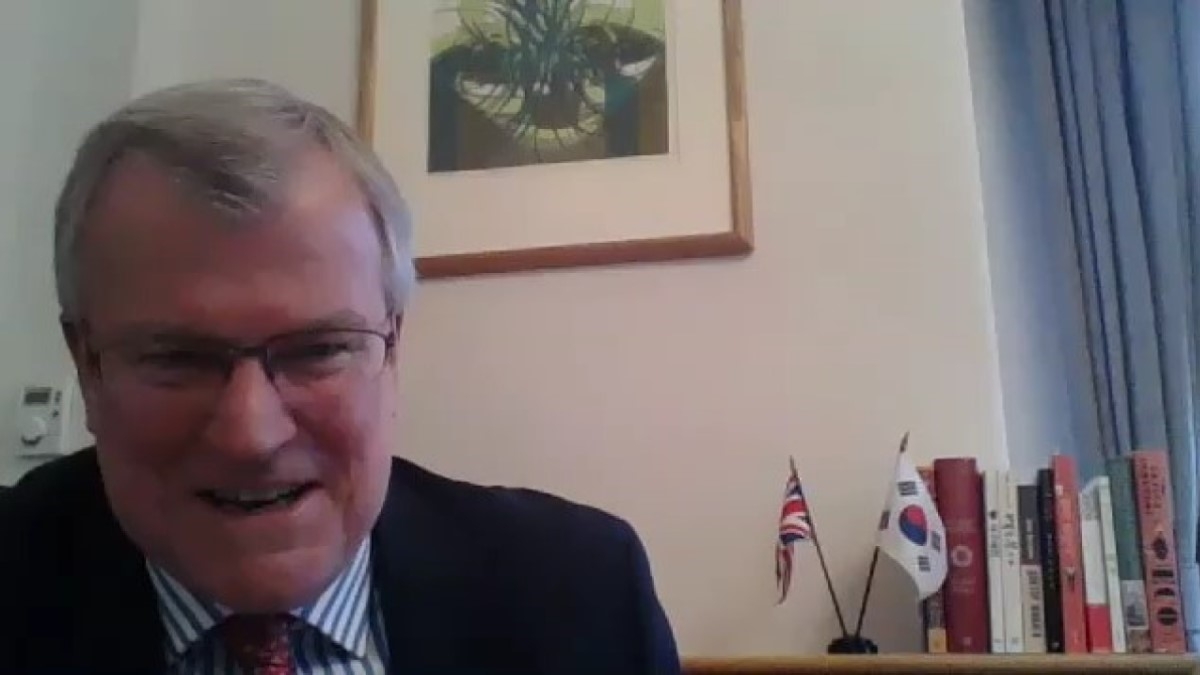 Ambassador Simon Smith has been British Ambassador to the Republic of Korea since March 2018. He first visited North and South Korea in 2002-4 when he was Head of the Foreign & Commonwealth Office’s NE Asia & Pacific Department.
He has served as British Ambassador to Ukraine and to Austria – where he was also the UK’s Permanent Representative to UN and international organisations in Vienna, and the UK Governor on the Board of the International Atomic Energy Agency.
He began his career in the Diplomatic Service in 1986, and has also worked – largely on economic, trade and investment issues – at the British Embassies in Tokyo and Moscow. Simon is from Bristol and studied German and French at Oxford University.
He spent 6 months in Seoul continuing his study of Korean in 2017. In addition to these languages he speaks Russian, Ukrainian and Japanese. His wife, Sian Stickings, has both taught and practiced law in the UK, and currently teaches at the Graduate School of Interpreting and Translating of Ewha University. They have two daughters who live and work in the UK.