After Hanoi: US-ROK and US-Japan Relations Following the February Summit 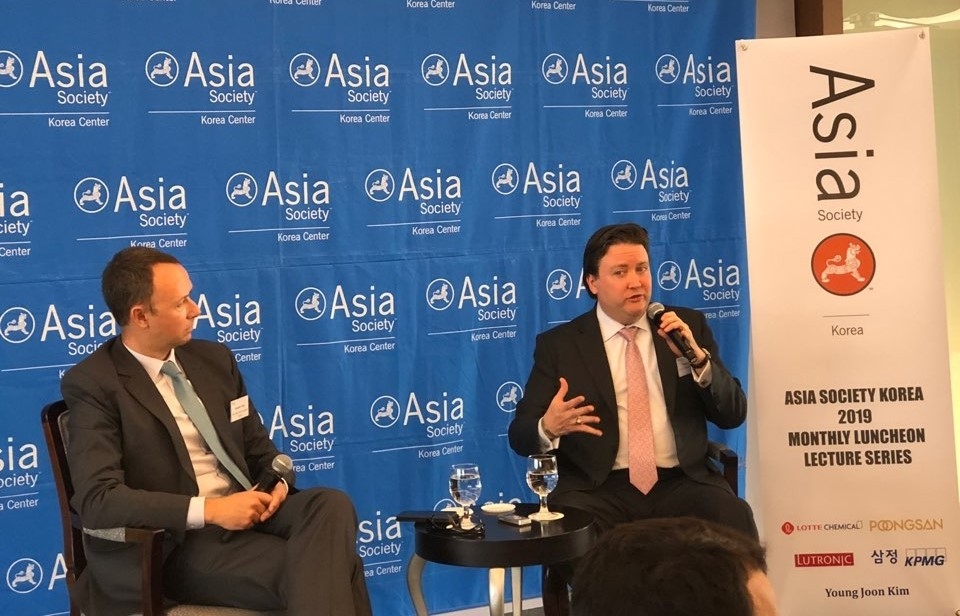 Mr. Knapper brings an extensive knowledge of the Republic of Korea and the Asia-Pacific region to his current assignment, having served twice at the U.S. Embassy in Seoul – first between 1993 and 1995, and again between 1997 and 2001.  He has also completed assignments in the Department of State’s Office for Chinese and Mongolian Affairs, and during an early assignment in Tokyo, he served as aide to Ambassador Walter Mondale.  Mr. Knapper has twice traveled to the Democratic People’s Republic of Korea for official purposes, once in 1997 as the State Department representative to the Spent Fuel Team at the Yongbyon nuclear facility, and again in 2000 as part of the advance team for then-Secretary of State Madeleine Albright’s visit to Pyongyang.