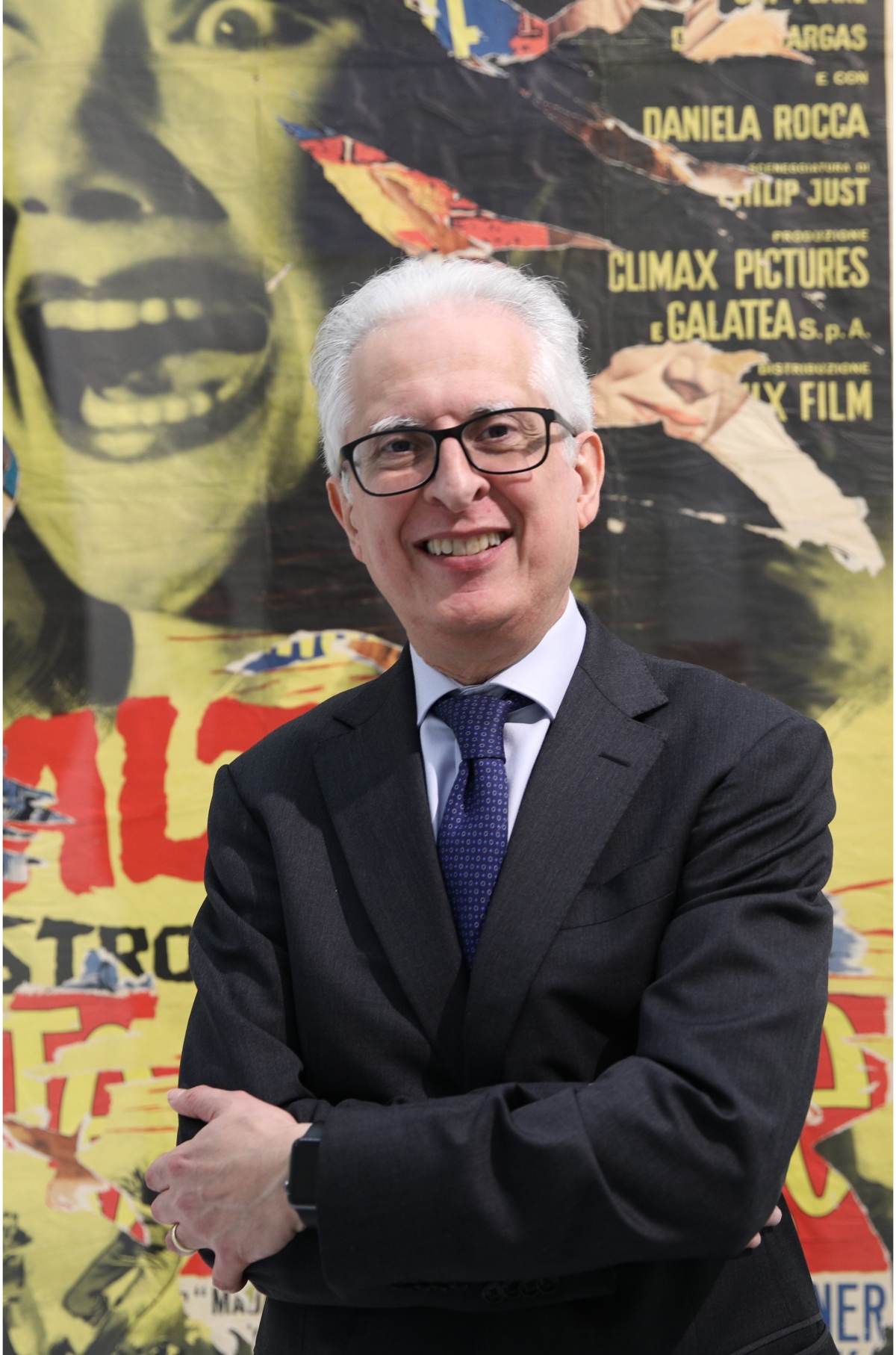 1. These days it is hard not to talk about COVID-19. How are you and your embassy handling the situation, and how is the situation in your home country? What are the views/lessons learned from Asia and/or Korea in particular (public health? societal? What worked? What didn’t?)
It indeed is a difficult time for Italy and Korea alike, as the pandemic has hit both Europe and Asia, and is now spreading to the rest of the world. It is undeniable that Italy is nowadays particularly affected by this emergency. Having been hit first in Europe, Italy now hopes to be among the first, if not outright the first, to overcome the emergency. It is thus of utmost importance to join forces now in preventing the disease from spreading further and assisting people who have been affected, while countering the misinformation about the disease.
The Italian Embassy in Seoul has been closely monitoring the development of COVID-19 since January. In these crucial times, it has an important task to play in assisting its nationals, constantly cooperating with the host country, and laying the groundwork for the resumption of all activities once the emergency is over. Through its daily comprehensive monitoring of the emergency’s development, both in Korea and Italy, the Embassy has provided punctual and up-to-date information to both the Italian and Korean populations. It has also adjusted its working conditions to meet the guidelines of the Italian Ministry of Foreign Affairs imposed due to the pandemic by especially adapting the rotation of its personnel between being present in the office and remote working, and by providing its staff with the right equipment.
Regarding the situation in Italy at the moment, it is important to stress that it was the first country in Europe to undergo intensive testing and that this policy has helped with finding clusters and isolating them. The continuous effort of the Italian government, along with the choice of declaring the affected regions first and the entire peninsula later as a security zone, allowed the State to protect its population from the very beginning. All Italian citizens are now asked to stay indoors and refrain from going out. Not only schools, museums, and shops have been closed, but even industrial and productive activities have mostly been suspended, and people can now commute only for medical emergencies, basic daily supplies, and unsuspended work when remote working is not feasible.
It is an unprecedented situation in Italy, one that we probably have not seen since the Second World War, but thanks to the resilience of its people, combined with drastic measures and speeding up medical research, Italy will soon re-emerge and become a model to follow in countering this highly infectious disease.  It is thus a very important task for the Embassy to counter any misinformation about the disease, such as its effects on a product’s safety. The European Food Safety Agency has, for instance, confirmed that COVID-19 cannot be transmitted through food, and that its transmission is from contact among people. Another misconception is about the how lethal the virus is. What is evident in Korea is that the rate of its fatalities is low (1.33% as of today), mainly because of the relatively healthy condition of the affected segments of Korean society (mostly women in their 30s and 40s) and the widespread testing and tracing of the contagion’s routes. On the other hand, in Italy the virus has affected mostly men in their 70s and 80s.
The case of Korea has nevertheless provided a useful amount of data and technical know-how on the spread of COVID-19. In particular, the promptness and the scope of the COVID-19 tests and the early development of innovative methods, such as drive-through stations and timely sharing of infection routes on smartphones, have allowed for a rapid response and therefore helped in limiting the number of COVID-19 clusters in Korea. Italy is currently testing its first drive-through stations in major cities, and has already developed an application for tracing the routes of infection. Among other lessons learnt, the importance of aggressive testing and screening of infected people’s contacts, as well as strict quarantine rules and harsh sanctions could also be mentioned.

2. During your diplomatic career, have you ever been in a difficult situation or a global crisis like this before, and how did you address the situation as a diplomat? (not necessarily an epidemic/pandemic but something that was out of your hands, etc.)
The outbreak of COVID-19 is having consequences never dealt with before in my career. However, as any diplomat, I have had to deal with some emergencies. For instance, after the Tiananmen events in June 1989, the Italian Government decided to organize a special flight for Italian citizens willing to go back to Italy. At that time, I was serving at the Italian Consulate General in Hong Kong and we were asked to take care of that flight. On the 8th of June that year, I flew from Hong Kong to Beijing on a special flight and I was the only passenger, a very peculiar situation. The same day, we brought all the Italians who decided to leave to Hong Kong.
I have still vivid memories of this event, which, however, is not even remotely comparable to the outbreak of COVID-19.

3. What type of initiatives were you planning in 2020 before the virus crisis began and how have they been affected?
The COVID-19 emergency has severely impacted the work of the Embassy as all political, commercial, and cultural events have now been postponed.
First, we had planned political consultations at the Foreign Affairs Vice Ministers’ level in March, as a follow-up to the announcement of a strategic partnership between Italy and Korea forged during President Moon’s visit to Italy in October 2018. This visit would have included Italian companies wishing to broaden their business relations with their Korean counterparts. Both have unfortunately been postponed.
On the commercial side, the Embassy had planned, together with the Italian Trade Agency in Seoul, an exhibition of Italian Design and the participation of Italian producers to many fairs in Korea, such as the machinery fair, the book fair, Cosmoprof Korea, Bio Korea, and a packaging fair. We had additionally organized special events dedicated to Italian leather producers, who consider Korea as one of their biggest markets, as well as for jewelry and wine. All have likewise been postponed.
As far as culture is concerned, the Embassy had organized, together with the Italian Cultural Institute in Seoul, an Italian Design exhibition, dancing performances dedicated to the 100th anniversary of Federico Fellini’s birth, symphonic music concerts, and a book exhibition, just to name a few events planned for the first half of this year.
Moreover, joint events with the United Kingdom on climate change have also been suspended. We will still co-host the COP26 with the United Kingdom this autumn, and will organize Pre-Cop and Youth Cop, as well as events on Africa. Public diplomacy actions on climate awareness, such as the screening of a movie and academic seminars, had been also planned in Korea before the pandemic. We are now looking for the best timing for the resumption of such activities.
Among the most important events ahead this year, there are also the Italian National Day, that falls on the 2nd of June, and the Raffaello Sanzio exhibition on the occasion of 500th anniversary of his death to be held in September-October. We are not able at this point to confirm whether all of them will be held as scheduled, but we are all working hard now in order to make them happen as soon as the COVID-19 emergency is over.

4. After we overcome this crisis and people are able to travel again, what would be the best reason for Koreans to visit your country?
The reasons to visit Italy are still the same ones that have probably drawn over one million Korean tourists to visit Italy last year: the cultural heritage with its timeless art and architecture; the cuisine, appreciated and sought-after all over the world; the breath-taking nature and its diversity; the incredible cities and villages; the islands; the language; the warmth of Italian people; and many more. What the country is going through now is a temporary phase that once overcome will see Italy confirming itself once again as one of the - if not the - most beautiful and loved countries in the world.
But perhaps a reason to visit Italy that has come to light during this difficult period and that not many people are aware of is its tenacity and resilience. There have been plenty of videos of Italians writing music and poems or coming up with new recipes or academic theories while staying at home. Italians never stop, no matter how big the crisis they are facing; every time they get on their feet and rebuild their lives the way they wanted. This is also the reason why Italians have been so creative over the centuries.
So while everyone is waiting to visit our country once again, Italian art, film, literature and music can be enjoyed through the Italian Ministry of Foreign Affairs’ media campaign “We Are Italy - Stay Tuned on IT” on the Embassy’s social media platforms on Facebook @ItalianEmbassyinKorea, Twitter @ItalyinKorea, and Instagram @italianembassyseoul.
We are now looking forward to soon regaining our position as the first European destination for Korean tourists.