Cooking Class with the Embassy of Norway 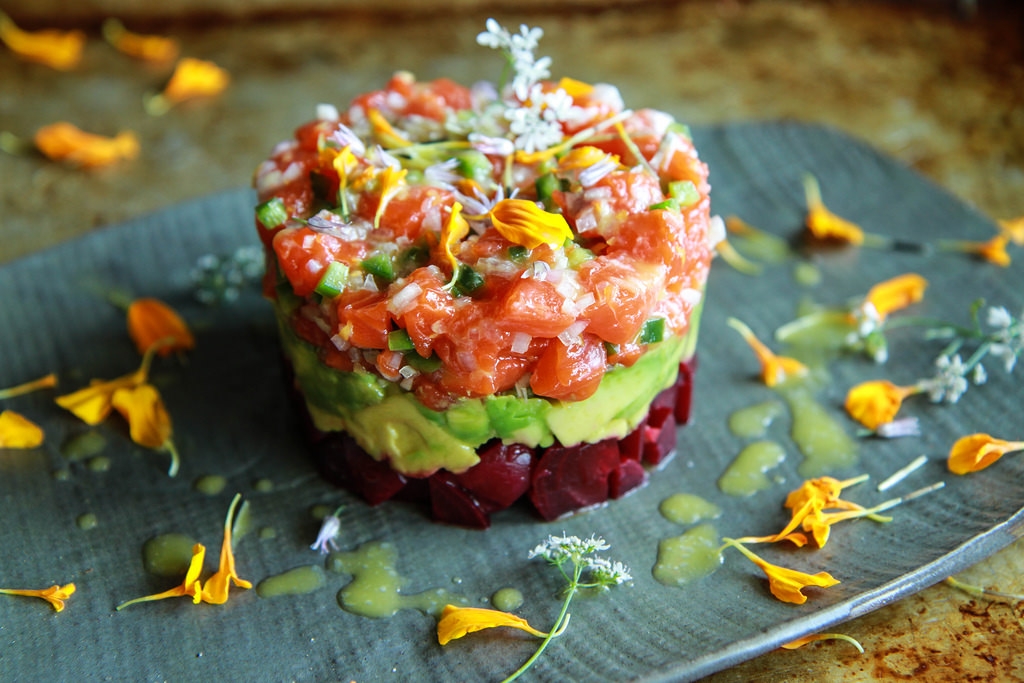 Since Norway is famous for salmon, Salmon Tartar is one of the most popular menu among Norwegians. It is made with good quality salmon, beets, avocado, cucumber, and salsa. While it tastes great on its own, it can also be served with potato or tortilla chips.

Honey Mustard Glazed Salmon is another famous Norwegian dish featuring salmon. It is made with seasoned fresh salmon marinated in a honey mustard sauce, which is used as a glaze while the salmon is being cooked. The salmon can be either grilled in a pan, baked, or broiled in oven, depending on one’s preferences. The salmon used for the cooking class was served with an orange sauce, sautéd cauliflower, and fennel.

Veiled Farmer’s Girl (or also known as Veiled Farmer’s Daughter) is a traditional Norwegian dessert that has been enjoyed for centuries. It is a simple dish made inside a cup layered with applesauce, cinnamon toasted breadcrumbs, and whipped cream. It could also be embellished with hazelnuts or cinnamon powder on top.

The participants were very keen to learn about and sample the exotic cuisine from Norway, featuring delicious salmon and a sweet Scandinavian dessert.