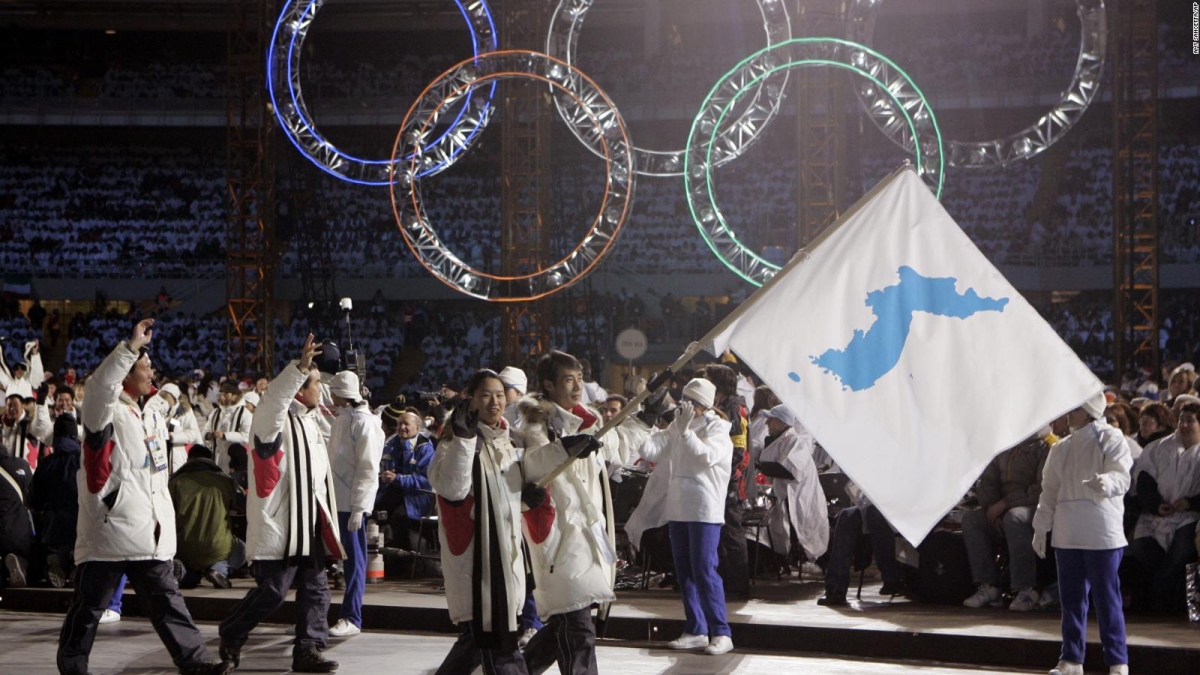 Like matter changing phase, the recent sudden transition from hostility to affability on the Korean peninsula has been utterly predictable yet somehow surprising. Republic of Korea (ROK) President Moon Jae-in entered office in 2017 with the intention of seizing early opportunities to warm frozen relations with the Democratic People’s Republic of Korea (DPRK)—many experts targeted the 2018 Winter Olympics as a likely date for an opening of dialogue. Nevertheless, the speed of the shift has been remarkable:

Consider that within two months we witnessed a DPRK test of a Hwasong-15 intercontinental ballistic missile, increased US and international sanctions against Pyongyang, the Trump administration’s growing willingness to launch a strike against the DPRK, ramped up North-South talks leading to DPRK Olympic participation, and the visit of a high-level political delegation including Kim Jong-un’s influential sister and the nominal head of state.

This flurry of activity culminated in Kim’s envoys extending a summit invitation to President Moon, who conditionally accepted the offer for a (likely) summer meeting. Given the dangerous atmosphere in mid-December 2017, the thaw between the ROK and the DPRK is to be welcomed; it has calmed tensions considerably in the short-term, and perhaps is the first step toward broader engagement addressing the DPRK’s nuclear weapons.

Still, it is important to step back from the rapture of the “Peace Olympics” and soberly analyze what is happening and what the prospects are for the near-/mid-term future of North-South dialogue. The first thing to remember is that we are not yet even on a path to negotiations. Rather we are still in the stage of talks about talks, the US has not been brought into the process, and there are plenty of occasions for things to go sideways. Moreover, one must not forget that when dealing with the DPRK, even actual negotiating breakthroughs can evaporate. Take the example of the 2012 Leap Day agreement, in which Pyongyang agreed to refrain from long-range missile launches and nuclear tests/activities in exchange for aid from Washington. Within weeks, the ink barely dry on the deal, the DPRK carried out a space-launch vehicle test (a veiled ICBM test), followed by a nuclear test. The current détente could be similarly derailed.

Assuming, however, that North-South talks are the beginning of a road to substantive diplomacy, what should we expect going forward? First, one must stipulate that such a road is difficult. The current Olympic détente is largely symbolic, and has not touched the fundamental tension one iota: the US and the DPRK have mutually exclusive objectives and interests, and the ROK sits uneasily between them. More precisely, Washington demands DPRK denuclearization, Pyongyang absolutely wants to remain a nuclear weapon state, and Seoul wants to avoid kinetic conflict while maintaining peaceable relations with the DPRK and a seamless alliance with the US. In this context, meaningful diplomacy (a) implies that one party will not obtain what it prefers, and (b) raises the question of what kind of negotiating conditions and potential outcome trade-offs could coax the parties to the negotiating table (much less represent an agreement). Put differently, negotiations are risky, which is why it is difficult to engage them.

Beyond such big picture considerations, a more immediate, concrete obstacle on the path to North-South summit negotiations is the US-ROK joint military exercises (Key Resolve/Foal Eagle) scheduled for March. The DPRK wants them delayed or suspended both as a matter of policy and opportunistically in the context of the current détente. Certainly it will demand this in upcoming North-South working-level military talks, the first step in preparing the way for a summit. The US insists the exercises happen as planned both in order to maintain “maximum pressure” on the DPRK (a matter of policy), and also to avoid rewarding Pyongyang for merely symbolic Olympic diplomatic gestures. Moreover, the US insists on the exercises to remind the ROK who the senior partner in the alliance is. The Trump administration was wrong-footed by the North-South diplomatic overture and has only reluctantly supported Moon’s dialogue efforts; it will be keen to reassert control over the Washington-Seoul relationship. This puts Moon in a bind. He strongly desires a Pyongyang summit with Kim, who will push to convince Moon to request delaying the military exercises, with failure leading possibly to withdrawal of the summit invitation. Yet ROK security is tied to the US alliance, with a delay in the joint exercises carrying a serious risk of causing its rupture.

Other minefields pepper the way to Moon-Kim summit negotiations. Tempted to prolong the goodwill momentum following the Olympics, the Moon administration may broach re-opening moribund North-South economic exchange, e.g., the Kaesong Industrial Complex or Mount Kumgang tourist area. Promising to continue “maximum pressure,” the US will push back against this; meanwhile the Kim regime could deploy these possibilities for wriggling free from biting sanctions as conditions for the summit. Finally, there is the likelihood of DPRK provocations: re-starting ballistic missile or nuclear testing cannot be excluded, and would likely scuttle talks.

If all these pitfalls are somehow avoided, there are at least four questions whose answers will determine the significance and durability of a North-South summit and its aftermath.

What are the DPRK’s intentions? If the Kim regime is interested in negotiations solely to avoid a US strike or buy time for missile production and sanctions evasion, the current détente will revert to the conflictual status quo ante. If, however, the regime is prepared to enter a real diplomatic pathway with the DPRK’s nuclear program on the table, negotiations could lead to a durable modus vivendi with the US.

How will the Trump administration approach the summit-focused détente? Despite Vice-President Pence’s post-Olympic visit boilerplate about the seamlessness of the US-ROK alliance, there is a rift between Seoul and Washington. Still, now boxed in diplomatically, for the moment the US is grudgingly indicating willingness to discuss negotiations with the DPRK without preconditions. If the US acts constructively in this regard, the lead-up to and aftermath of a North-South summit could also involve US-DPRK talks. Such talks could lead to substantive negotiations. It is also possible that an angry Trump administration will look for opportunities to torpedo the current détente and bring the ROK back onside the US’s coercive diplomacy.

How diplomatically skilled is the Moon administration? Managing relations with a crafty, demanding DPRK is difficult; doing so while coordinating closely with a skeptical Trump administration requires magic. The ROK does not have much room to maneuver vis-à-vis the US, which can turn the screws on its alliance partner in both the economic and security domains. Look for Moon to flatter Trump with claims that the ongoing diplomacy is a victory owed to his hardline approach, as well as a larger effort to convince US defense and foreign policy officials that a diplomatic detour takes the US closer to its goal of a denuclearized DPRK.

How much is Seoul willing to risk US-ROK alliance rupture in order to maintain long-term détente with Pyongyang? If the Moon administration fails to convince the White House of the value of summit-focused diplomacy, it will face the choice of backing down from North-South engagement or risking permanent US-ROK alliance degradation through acting alone. Although unlikely, if the latter occurs, that would mark a major shift in Northeast Asia’s geopolitics.

Overall, the current state of play on the Korean peninsula is highly uncertain. Moreover not all parties have entered the field—China, Japan, and Russia will have input. Buckle up; it is going to be a bumpy ride.