Chicken, Beer, and Missiles: the Death of Chimaek Diplomacy 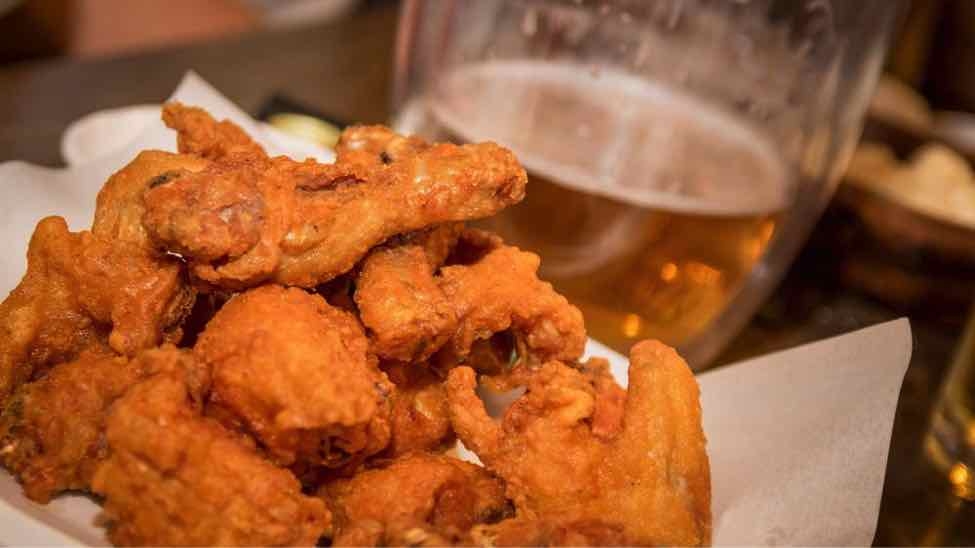 While fried chicken and beer has become something of a Korean cultural export over the last decade, few expected it to be a diplomatic fulcrum point for the growing security crisis on the peninsula.

Extending well beyond its culinary bounds, chimaek, a combination of the Korean words for chicken and beer, has become a symbol for the fluctuating health of Sino-Korean relations and, with the highly controversial deployment of the THAAD (Terminal High Altitude Area Defense) missile system, an unlikely touchstone of diplomatic sensitivity.

Before the controversy over THAAD, Korean initiatives to boost tourism and trade with China often relied heavily on the allure of chimaek. For example, in October, the city of Sokcho hosted the Greater Tumen Initiative Trade and Investment Fair, a fair primarily aimed at boosting development in areas near the Tumen River between China and North Korea. To ensure strong Chinese participation, Sokcho city officials planned a huge outdoor chimaek party, treating around 1,300 Chinese buyers and tourists to free chicken and beer.

In addition, China-ROK relations deepened through the people-to-people aspect of chimaek diplomacy. Not only did Chinese tourists travel to Korea in droves to attend chimaek festivals but Chinese and Korean municipal government officials made annual visits to each other’s chicken and beer festivals as well. Daegu city officials travelled to Shandong province for the Qingdao Beer Festival and Qingdao city officials made visits to the Daegu Chimaek Festival.

While city government exchanges were steadily advancing so were interactions at the highest level of power. Former President Park Geun-hye’s visit to China in 2013 was described by the administration as one to “build trust from the bottom of the heart”. Returning the gesture in 2014, President Xi Jinping visited Korea and characterized the trip as “seeking relatives”. These trips were emotional displays and created the expectation that South Korea and China would develop a strong and growing bond.

This expectation was shattered, however, when THAAD was deployed, leaving many Chinese people with a sense of betrayal. With the increased visits and stronger relationship between their countries, Chinese expectations were that South Korea may eventually pull away from its military alliance with the United States. With the deployment of THAAD, any chance of a South Korean realignment to China in the near future was dashed. Fueled by a sense of betrayal, China took implicit countermeasures by retracting participation in all chimaek events and blocking South Korean cultural imports to China.

To signal their opposition to the THAAD system’s deployment, China is making efforts to curb the influence of Korean chimaek diplomacy. Official Chinese visits to Korean chimaek festivals were brought to an abrupt halt. A Qingdao city official told newspapers, “We have called Daegu city government and told them we will not be sending any officials for fried chicken and beer. Meanwhile, we proposed to them politely that it would be better if they did not come to our beer festival, and they agreed.”

Chinese efforts to curtail chimaek diplomacy, however, are just the tip of the iceberg. To protest the deployment of THAAD, the Chinese government has launched a full-scale blockade of South Korean public diplomacy initiatives and cultural imports to China. K-pop performers have been mysteriously barred from entering China to perform, Korean TV shows and films have been blocked, and Korean actors and models have been replaced by Chinese stars in advertisements.

Despite the obvious pattern of this retaliation, the Chinese government, by blocking cultural exports and cancelling events, is able to deny accusations of official political retaliation. In November, China’s foreign ministry spokesman, Geng Shuang, claimed that he had “never heard about any restriction on the Republic of Korea”, and claimed that “the Chinese side is always positive to people-to-people and cultural exchanges”.

On the Korean side, it was not until December that Korea’s Ministry of Foreign Affairs made any public acknowledgement of the obvious diplomatic spat, reporting that it had been “pointed out to Chinese officials that there are worries over recently reported bans related to Korean Wave events”. The timidness of this accusation indicated just how delicate of a situation the Korean government faced.

In the last three months, however, the severity of Chinese retaliation has escalated enormously. Lotte Group, the Korean conglomerate that agreed to hand over a golf course to the South Korean government for the THAAD deployment site, has been especially targeted. According to the company, 23 Lotte Mart stores across China have been shut down by authorities for dubious safety violations. A chocolate factory jointly owned by the Hershey Company and the Lotte Group was also ordered to be shut for a month, following the results of a fire inspection conducted by government officials.

Once again, despite the evident pattern of the closures, the Chinese government maintains its innocence, denying accusations of official sanctions against Lotte. Geng Shuang, a spokesman for the Ministry of Foreign Affairs, denied these allegations this week, claiming that “the Chinese government welcomes foreign businesses including South Korean companies to invest in China, and protects their rights in accordance with the law."

Explanations for the economic retaliations have been more forthcoming from other sources in China however. China’s state news agency, Xinhua, earlier warned that Lotte’s decision to give up its land for THAAD “could turn into a nightmare” for the company. In addition, the Chinese travel company, Tuniu, after ending sales of South Korean trips, issued a statement that it objected to the THAAD deployment and Lotte’s decision to make land available for the missiles.

However, it is not just the Chinese and Korean governments that are embroiled in the security crisis and ongoing trade disputes. In Zibo, a city in the Chinese province of Shandong, protesters stood in front of a Lotte store for hours, holding a 30-foot banner reading “the safety of our motherland cannot be violated.” And, in Korea, internet users have been calling for a boycott of Chinese products, in particular, Tsingtao beer, as a way of retaliating against Chinese sanctions.

After the deployment of THAAD and resulting trade disputes, the question is not whether chimaek diplomacy is dead but, rather, if it can ever be revived. The spirit of togetherness and celebratory atmosphere that characterized local chimaek festivals seem a distant memory. While the chimaek festivals will certainly continue, it remains to be seen if they can once again become a symbol of Sino-Korean cooperation.

Thankfully, as chimaek diplomacy focuses on fried chicken as opposed to politics, it represents a logical first step for restoring wider cooperation and positive relations between the two countries. While a shared perspective on East Asian security will most likely remain elusive, perhaps, when the time comes, Sino-Korean trust will be rebuilt through a shared taste for chimaek.