To Bee or Not To Bee: New Zealand Manuka Honey Cream Pudding

Are you a lover of lemon and honey of the highest order? Well, flavor your honey cream pudding with Manuka honey and some lemon juice, for extra zing. Sweet and tangy, these desserts yield two textures — puffy and custardy — from one straightforward batter.

Eat healthy and reduce your ecological footprint at once. With #EatTasteLearn, help us promote a sustainable food culture that provides healthy cuisine to everyone without exploiting the environment.

H.E. Philip Turner was appointed New Zealand Ambassador to the Republic of Korea (South Korea) in March 2018. He is concurrently Ambassador to the Democratic People's Republic of Korea (North Korea). The winner of the 2019 Asia Society Korea Ambassador of the Year Awards, Ambassador Turner has extensive experience as a diplomat and a business leader in North Asia, with a particular focus on North Asia. With the Ministry of Foreign Affairs and Trade, he served on postings to the New Zealand Embassies in Tokyo and Brussels. He then moved to Fonterra where he worked for 18 years in a variety of senior positions in Shanghai, Tokyo, Brussels and Auckland. He managed Fonterra’s business in China, and most recently was Director of Global Stakeholder Affairs at Fonterra in Auckland. The New Zealand multinational company Fonterra is the world’s 5th largest dairy company.

Ambassador Turner attended the University of Auckland in New Zealand where he graduated with a First-Class Master of Arts in History. He speaks fluent French and Japanese, conversational Chinese, and is enjoying becoming acquainted with the Korean language.

Chef Mrs. Gracy Mendonca who originally hails from India, has been working at the New Zealand Ambassador’s Residence as the official chef for 15 years. Throughout her time in this role, Gracy has been given license to produce dishes that showcase her creativity, technical skills, and showcase the best New Zealand ingredients. Guests who have been hosted for a meal at the New Zealand Residence, praise the delicious and beautiful New Zealand-inspired dishes she prepares. Gracy loves to create new dishes, including those that combine New Zealand ingredients and elements of Korean cuisine.

Gracy has always had a passion for cooking but has also received formal training both in France and Thailand. Her travels around the world have inspired her cooking, and she also brings the skills in traditional Indian cooking she gained while growing up in Mangalore. 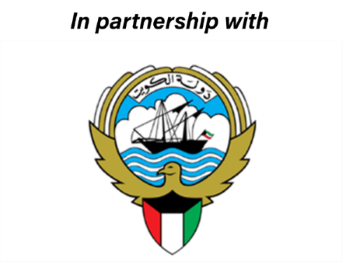